Around 1,500 people gathered in front of the Democracy Monument on August 20 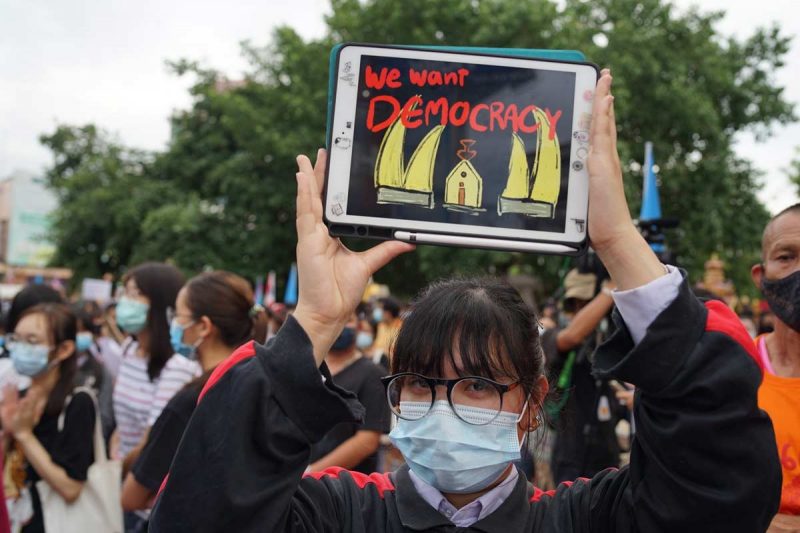 Protesters held up signs and tablets showing their support for the movement’s three main demands: 1. Dissolving of parliament 2. End to the harassment of dissidents 3) Drafting of a new, democratic constitution. Photo by Adithep Chanthep, used with permission. Caption from The Isaan Record.

This edited article is from The Isaan Record, an independent news site in Thailand, and is republished on Global Voices as part of a content-sharing agreement. Global news reports about the youth-led protests in Thailand focus on what's happening in the capital Bangkok. This report from The Isaan Record documents a major rally in Khon Kaen City located northeast of Thailand.

The Democracy Monument in Khon Kaen City (northeast Thailand), a smaller-sized replica of the one in Bangkok, has only occasionally served as a venue of protest in recent years. But on August 20, the symbolic landmark drew a cheering crowd of about 1,500 people in support of the youth-led movement for democracy and social change.

Activists took turns giving speeches on stage calling on the government to dissolve parliament, paving the way for elections, and the drafting of a new constitution. Isaan women’s rights and LGBTQ+ activists took the stage campaigning for gender equality and the right to safe abortions.

The activists also held a mock ritual using the soft drink Red Bull as holy water to drive out Prime Minister General Prayuth who led the 2014 military coup ousting an elected government and was subsequently made prime minister after elections in March 2019.

Organized by a university student group formed after the controversial dissolution of the Future Forward Party in February, the protest was one of the largest in Isaan in recent weeks. The group “Khon Kaen’s Had Enough” announced it would make the monument its regular venue for more protests to keep up the pressure on the government. 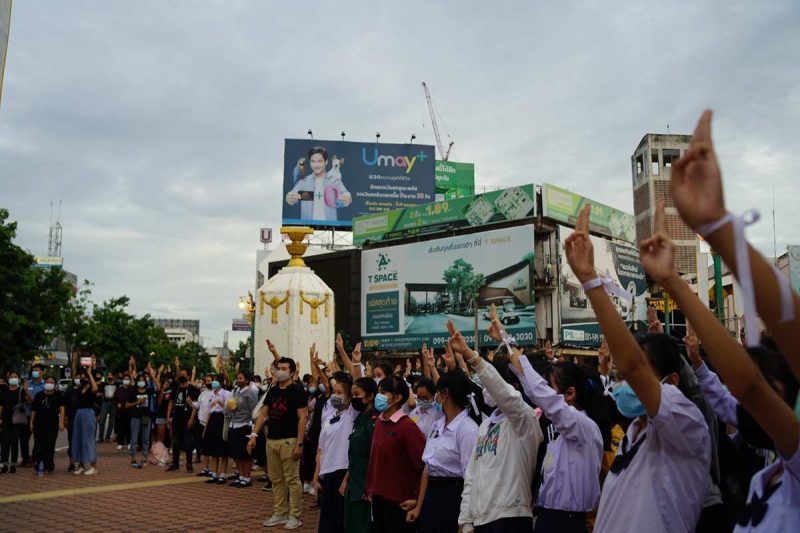 Many of the protesters were high school students who wore white ribbons and raised the three-finger salute as a symbol of resistance. Photo by Adithep Chanthep, used with permission. Caption from The Isaan Record 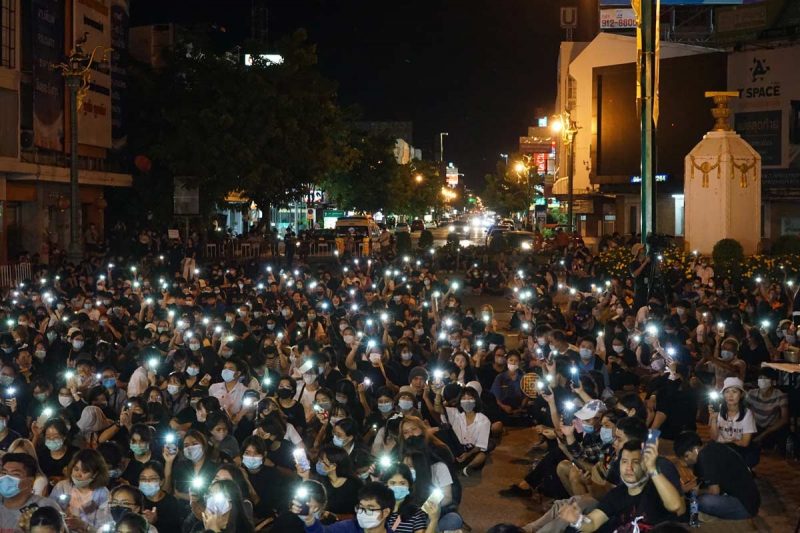 Protesters, most of them wearing masks, turned on their mobile phone’s flashlights as musicians performed on stage and speakers delivered speeches for political and social change. Photo by Adithep Chanthep, used with permission. Caption from The Isaan Record 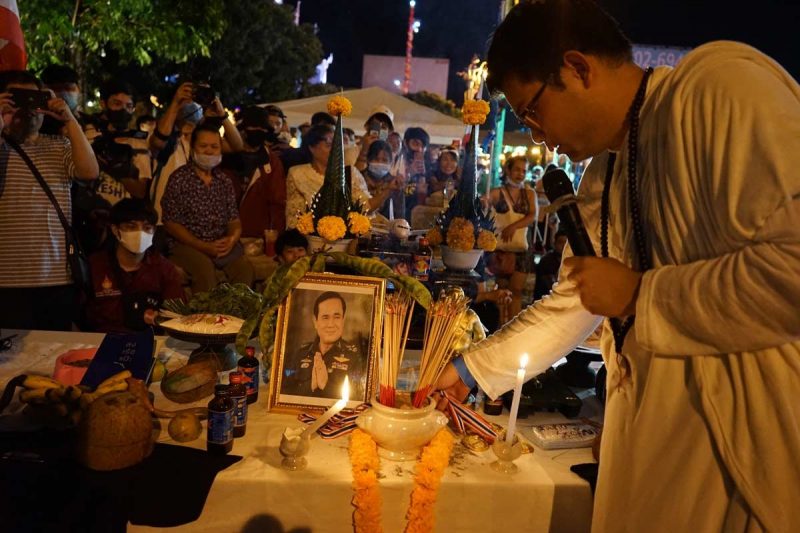 Organizers held a mock ritual to curse and drive out Prime Minister Prayuth. The ritual included a photo of Prayuth and bottles of the soft drink Red Bull used instead of holy water. The venue of the Democracy Monument is located next to the city shrine, the spiritual center of Khon Kaen. Photo by Adithep Chanthep, used with permission. Caption from The Isaan Record