For Georgia's poorest, medication is an unnecessary expense — whatever the doctor says 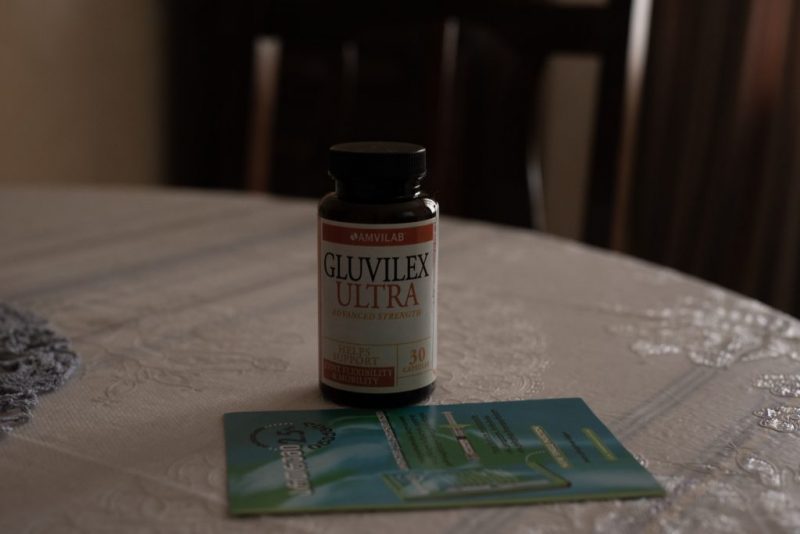 “I’d rather eat less bread and buy the necessary medication”, says Keti, who lost her job as a cleaner at a hostel. Photo: (c)  Tamuna Chkareuli / OC Media.

Georgia’s borders have remained closed since March 18 due to COVID-19, with limited exceptions. Polling suggests average household income may have almost halved, and that those who were directly dependent on the tourism industry, are now facing a tough choice of either saving the money at the expense of their health or taking debts to afford the necessary medication.

The decline of tourism brought major changes to 59-year-old Keti’s life. The hostel where she worked as a cleaner closed down; the owner, who is a foreign national, left and does not plan to reopen this year.

Keti’s salary was 20 Lari (US$6.50) per day working six days per week. With her unemployed, Keti’s family lost half of their income.

“My husband is retired and receives a pension [220 Lari ($71) per month], and my daughter is working at the top of her physical abilities three to four days [per week] in the supermarket; therefore she doesn’t make more than 300 Lari per month.”

Keti’s daughter Sopio can’t sit or stand for extended periods after a knee surgery two years ago and needs expensive treatment. The doctor told her that her operation would be completely pointless if Sopio did not get injections in her knee.

Keti spent days searching for Arthrum — a jelly-like substance similar to that occurring naturally in the joints. She couldn’t find it and reached out to the doctor, who told her that Georgian pharmacies do not sell it and that she should look in a specific pharmacy for athletes — the sole distributor.

A single shot of Arthrum costs 800 Lari — 80 percent of the family’s income. Keti still bought it as she wanted her daughter to be able to move.

Now, two years later, Sopio’s other knee also started to hurt because of increased pressure, and she needs injections in that knee too. ‘The doctor told us to find someone, anyone abroad, who could bring it to us’.

At first, Keti tried to order the shot. But together with insurance and delivery, it would cost just as much as in Georgia.

Finally, Sopio reached out to a friend in Italy, who in turn found an immigrant woman who was buying the same shot from her doctor for €100 ($120).

They bought two shots last December — with the exchange rate, that cost Keti 310 Lari per shot. Now she would be buying it for 343 Lari, and for Keti, every bit counts.

“It was still a huge amount of money for us, but I knew at least that way I could save for the injection procedure and the taxi [to and from the hospital]. I start saving money for the next shot immediately after I buy one.”

OC Media consulted with Orthopedic surgeon Giorgi Kvaratskhelia in the First University Clinic in Tbilisi. He confirms that Arthrum, which is prescribed both preventively and post-surgically, is one of the high-cost joint supporters, all of which are imported and rather expensive.

Sopio has to use Arthrum for at least five years. But apart from that, she is prescribed Gluvilex Ultra, a joint supplement. “Half a month’s supply costs ₾53 — for two months it’s over 200 Lari. I have no idea where to get money from now, but I’d rather eat less bread and buy the necessary medication.”

Sopio frequently has other health issues connected with her knees — like an inflamed ankle ligament last winter. Keti’s husband also has problems with his pelvis joints. Overall, according to Keti’s calculations, her and her husband’s pressure regulators and Sopio’s medicines cost around 170 Lari ($55) monthly.

In the pandemic crisis, Keti has lost hope of finding a job.

“Old people like me are not wanted anywhere. I have one year till I get my pension but for me, even this one year is a long time. I could work in places like bars and hostels, but that’s not available to me now.”

Keti applied for the government’s COVID-19 benefits programme but did not receive it.

“I didn’t have a contract and received money in cash. Perhaps that’s the reason.”

“There won’t be a tourism revival till March”

Ana Teimurazishvili, a freelance guide and a member of the Georgian Tour Guides Association, also lost her income due to the closure of borders. She’s been struggling to afford the medication for her elderly mother ever since.

Ana’s relative rented a small food and drinks kiosk near Turtle lake in Tbilisi, where Ana now works from noon till 01:00. They have been open for less than a month and so they are unsure how much income it will bring in.

“Right now, the only thing I’m aiming for is to pay the rent and to be able to take care of my mother, without taking on more debts.”

Ana’s mother has been prescribed Eliquis, a blood thinner medication, every month. It’s vital for her since she’s at high risk of thrombosis.

Ana used to bring it from abroad because a month and a half dosage was cheaper elsewhere than a month’s dosage in Georgia. She wasn’t aware Georgia had an Eliquis programme until a friend told her. Still, with government subsidies, Ana can hardly afford it. “Two months ago the price was 72 Lari, and now it’s 78″ she says.

Nino Khunashvili, head of cardiology at the First University Clinic, described Eliquis as a powerful and effective blood thinner that is often prescribed in Georgia. “It’s an expensive medicine, and all medications of the same group are expensive,” she told OC Media.

OC Media inquired about Eliquis in several Georgian pharmacies. The medication has to be ordered via prescription from a doctor and is delivered from Turkey after three weeks since it’s not available in Georgia.

Altogether, Ana’s mother’s medications cost around 400 monthly Lari; her pension only covers half that.

Ana doubts she can return to her profession anytime soon. According to her, the majority of international tourists were Russian or Russian speakers, and even if the borders opened, she would still have safety concerns.

“There won’t be a tourism revival till next March, and until then, people like me, who are in their fifties, will be left with nothing. No one hires my generation.”

When Ana applied for emergency aid, there was no category for tourist guides.

“The government doesn't see anyone in the tourism industry beyond the hotel and the tour operator”, she says. “And there’s no point in being declared a ‘green zone’ for travelling. This crisis isn’t Georgian only. Armenia and Azerbaijan are in a worse state. People don’t travel here only for Georgia.”