Misinformation should be avoided at all costs 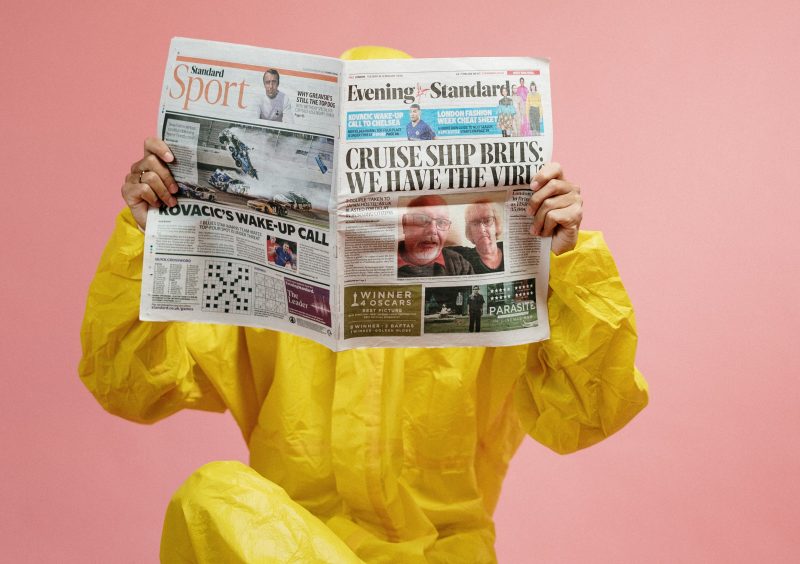 Photo from Pexels, under Pexels license

Claudio Gonzalez, a Chilean man who lives alone in Punta Arenas, at the very south of Chile, is anguished about his future. He misses human contact and spending time with his loved ones. When in despair, he takes medicine for depression without a prescription. As COVID-19 continues to spread, mental health experts have become concerned about its impact on people´s mental health. Fake news, misinformation, and conspiracy theories, according to them, increase anxiety.

Already in May, the United Nations Sustainable Development Goals group emphasized that “[a]lthough the COVID-19 crisis is, in the first instance, a physical health crisis, it has the seeds of a major mental health crisis as well, if action is not taken.”

In Chile, Daniela Salinas, a psychologist from the Universidad Mayor in Santiago, studied the impact of the pandemic on Chileans’ mental health. She found that 66 percent of the 600 people surveyed had anxious reactions during confinement and 40 percent showed depressive symptoms. The study also found that there has been an increase in drug, alcohol, and tobacco consumption during quarantine, with increases of up to 14 percent in the case of cigarettes.

Also, Juan Carlos Almonte, a Chilean psychiatrist, told Global Voices he observed that university students dramatically changed their sleeping patterns; now, they sleep from 5 or 6 in the morning to noon, which prevents them from interacting with their relatives and receiving family support for their anxieties.

Almonte discourages self-medicating psychotropic drugs, which is prescribed for long periods of treatment. He also believes that mental health public campaigns should focus on non-pharmacological actions.

Anxiety and depression are spurred on by COVID-19 related news, but can also be worsened by misinformation or overconsumption of news, according to experts.

Salome Castro, a Colombian woman, noticed her 80-year-old father's anxious behavior after he was exposed to the TV and radio news. Also, in her opinion, social media is used as a channel for emotional catharsis and expression during the crisis on social media; it is why she is careful with the contents she reviews. Claudio Gonzalez, the Chilean man, also prefers to follow the emergency physicians’ on Facebook, which he knows shares reliable and up-to-date information. His TV broke down on March 19, which brought him just a little bit of relief.

Similarly, Fernando Valadez, another psychiatrist, explains that anxiety provokes addiction to information, and this addiction causes anxiety. “It is a bad habit that people must break by being mindful of how much time they spend online rather than keeping healthy routines such as exercise and rest,” he told GV. Adalberto Campo, another Colombian psychiatrist, added that health authorities must monitor fake news on social media.

A guide produced by the University of Chile insists that media coverage is critical to mental health. Clear and reliable content could help people to self-regulate their behavior. In addition, people could follow healthy tips shared by WHO, such as minimal exposure to newsfeeds, which makes people anxious and distressed.

COVID-19 impacted Chile and Colombia in terms of lives lost — the death toll is 11,442 and 20,348, respectively, according to official numbers — but also economically, with job insecurity and lack of access to food.

A study from a private organization Profamilia released last May showed that anger, sadness, nervousness, anxiety due to economic recession prevailed among Colombians and 56 percent are afraid of becoming depressed. Colombia's National Association of psychologists, Colegio de Psicólogos, demanded a national strategy from the government to respond to stress, fear and anxiety caused by the pandemic as the WHO suggested.

Therefore, according to psychiatrists, a healthy mindset is critical to coping with the pandemic. At the beginning of the confinement period, Rosi Gaviria, a Colombian engineer, listened to politicians but shifted to scientists, physicians, and WHO´s data to avoid conspiracy theories, fake news, and denial, she told Global Voices.