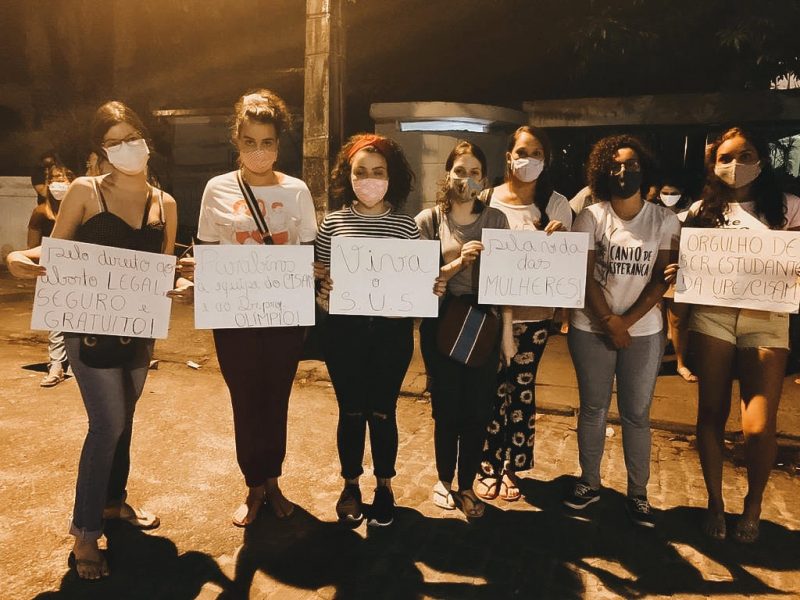 In mid-August, a 10-year-old rape victim became the center of a debate over abortion rights in Brazil after her name, and the location of the hospital where she was slated to receive a legal abortion was leaked on social media.

On August 7, the young girl went to a local São Mateus hospital, in the Brazilian state of Espírito Santo, complaining of abdominal pain where tests confirmed she was pregnant. A week later, Espirito Santo's Court of Justice, authorized the termination of the pregnancy as it was attributed to rape.

Article 128 of the Brazilian Penal Code, written in 1940, defines a ‘necessary abortion’ and an ‘abortion in the case of pregnancy resulting from rape’ as exceptions, allowing pregnancy interruptions to be carried out by a doctor without punishment. A Federal Court decision also allows for an abortion when the fetus is anencephalic.

According to the girl herself, her uncle began abusing her when she was six and threatened her so she wouldn't tell anyone. The 33-year-old suspect was charged with rape by the State Civil Police and arrested on August 18.

Due to the advanced stage of the girl's pregnancy, the hospital in Espirito Santo's capital, Vitoria, claimed then it didn’t have the technical capacity to perform the abortion and the young girl was sent to Recife in the northeastern state of Pernambuco — about 1,600 kilometres away. Between August 16 and 17, an induced miscarriage was carried out at CISAM-UPE hospital which specialises in high-risk pregnancy and women’s assistance. In Brazil, only 42 clinics currently deal with these types of cases, according to the Map of Legal Abortion.

Despite efforts made by the authorities to ensure the legal abortion procedure would take place in secrecy, pro-Bolsonaro and extreme-right activist Sara Giromini (also known as Sara Winter) shared the young girl's name and the hospital's address on social media. This prompted a mob of anti-abortion protesters to gather in front of the hospital.

Despite Giromini's claims that the child's data was already being shared online, the Public Prosecutor's Office is asking that she pay 1.3 million BRL (around 230,000 US Dollars) in punitive damages.

Until the end of 2019, Giromoni held a position in the Bolsonaro government's Woman, Family and Human Rights’ Ministry, which was led by Damares Alves. Alves, who is also an evangelical pastor, followed the child's case closely and sent representatives to Espírito Santo to learn more about the investigations. The Ministry denied leaking any information about the girl. According to a report by journalist Allan de Abreu, following a Ministry trip by the Alves team to São Mateus, anti-abortion proponents began visiting the 10-year-old girl's house in order to pressure her grandmother into stopping the abortion:

After the ministry's team and a state congressman's trip to São Mateus, the house where the girl lived with her grandmother became a pilgrimage to catholics, evangelicals and bolsonarist politicians, all of them anti-abortion. They pressured the grandmother to convince her granddaughter to have the child.

The president of the Brazilian National Conference of Bishops, Walmor Oliveira de Azevedo, called the interruption of the ten-year-old girl's pregnancy a “heinous crime“. On social media, he shared a message saying:

Sexual violence is terrible, but the violence of abortion does not justify it, before all the existing resources made available to ensure the lives of the two children. The omissions, the silence and the voices that raise in favor of such violence demand a deep reflection on the conception of being human.

Considering the impact of imposed pregnancy on a woman's health — both physically and psychologically —  there is a growing discussion about the importance of legalizing abortion as an essential element of women's rights.

Debora Diniz, anthropologist, researcher, and activist for the decriminalisation of abortion, wrote on her Marie Claire column that is not possible to be a feminist and to be against abortion:

…there is no way of being a feminist and defend jail time as a destiny for women who have abortions, therefore, being “against abortion”. (…) I say “against” or “pro” abortion just to simplify our conversation. Abortion is not a theme to have one side or the other with the truth — it's an intimate and private choice to each woman. Maybe, you will never come to have one, but as a feminist you will know how to welcome women with experiences different than yours.

Pro-choice groups have also shown support for the 10-year-old child's life using the hashtag #PregnancyAt10Kills (#GravidezAos10Mata in Portuguese) on Twitter.

Women from the Pernambuco Women's Forum went to the hospital to stand up for the life of the ten-year-old girl that got pregnant after being raped by her uncle.

These are the people that support life! #PregnancyAt10Kills

After news broke about the ten-year-old girl's case, outlets began reporting on the staggering numbers of sexual violence towards minors in Brazil. The country registers around six abortions per day for girls aged 10 to 14-years-old who have become pregnant after being raped, according to the BBC. In some cases, hospitalization occurs after miscarriages or abortion attempts performed at home.

According to the Brazilian Public Security Yearbook 2019, for girls aged 13 or under, four were raped every hour in 2018. Health Ministry data shows that at least 32,000 young girls have had an abortion in the country since 2008.