Dadiyata was a critic of the Nigerian government 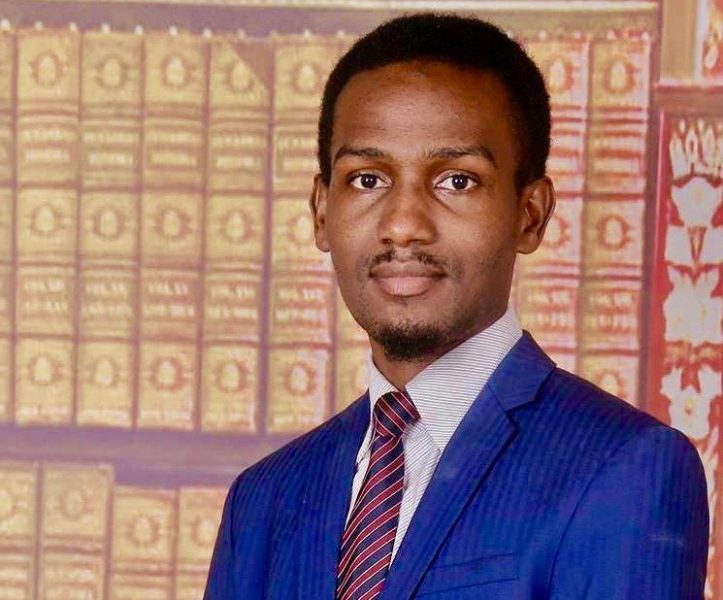 Abubakar Idris Dadiyata, image used with permission from The SignalNg.

Abubakar Idris Dadiyata, a lecturer and fierce critic of the Nigerian government, was abducted from his home on August 1, 2019,  in the Barnawa neighbourhood of Kaduna, in northwestern Nigeria.

One year after his abduction, Dadiyata has not been found.

Abubakar Idris (Didiyata) was abducted from his home in Kaduna state, Nigeria. His whereabouts still not known. His family and friends are demanding answer to the question: where is @dadiyata? Abubakar is a victim of enforced disappearance. #DayoftheDisappeared #FreeDadiyata. pic.twitter.com/3DtPxMVK3C

Dadiyata taught at Federal University Dutsinma, Katsina State. As a member of the opposition Peoples Democratic Party, Dadiyata often sparred with members of the ruling All Progressive Congress party on social media.

Read more: Apprehension rises over the abduction of a Nigerian government critic

‘Both the state and federal agencies are busy doing nothing’

Dadiyata was forcefully taken by abductors at about 1 a.m. as he arrived at his home, a year ago on August 1, 2019, Premium Times reported.

Sadly, there’s still no information about Dadiyata’s whereabouts. “It is painful,” Kadija told the BBC, as their children keep asking about their missing father.

Rather than finding Dadiyata, Nigerian security agencies are absolving themselves from any form of guilt or blame for his disappearance.

Nigeria’s Department of State Security (DSS) had in January denied having Dadiyata in their custody. The state security agency stated that since Dadiyata “was taken away from his house by some armed men does not suggest that those men were DSS staff.”

Similarly, Aisha Dikko, the attorney general of Kaduna State, denied knowing the “whereabouts” or of being involved “whatsoever” in Dadiyata’s abduction. “Anything to the contrary is a vile assertion that seeks to stretch the fact that he was abducted within Kaduna State to mean the involvement of the state government,” said Dikko.

However, these denials by DSS and Kaduna State Government neither mitigates the agony of Dadiyata’s wife and their two children — nor does it restore his liberty.

The plea for Dadiyata’s release still echoes on Twitter in this hashtag #OneYearWithOutDadiyata, as Nigerians demand his release.

Bulama Bukarti lamented about the “trauma” that this “kind of impunity” has caused Dadiyata's family:

It’s unfathomable how a Nigerian would disappear just like that. We must continue to do everything we can to get Dadiyata reunited with his family. There must be no place for this kind of impunity. Those that abducted Dadiyata will pay the price. If not now, definitely later.

This Twitter user was “shattered” on hearing Dadiyata's wife interview:

I was shattered to hear Dadiyata’s wife speak to @bbchausa, this morning.
All she is demanding is for his holders to forgive him and let him come back to his family; especially his little children. #OneYearWithOutDadiyata

Akin Akíntáyọ̀ cannot understand how Dadiyata can “disappear without a trace for a year:”

One question, how can Dadiyata and his car disappear without trace for a year in Nigeria and the government be just so nonchalant about it, seeking exculpation rather than taking full responsibility for finding him, especially when they were a target of his criticism? https://t.co/pIvl5q6vgt

Unfortunately, it seems as if nobody cares about finding the critic.

Rather “both the state and federal agencies are busy” avoiding blame and “doing nothing” states human rights activist Professor Chidi Odinkalu in an interview with Vyral Africa:

Besides saying that they don’t know where he is. Nobody has really made the effort to tell us what they have done to find him and how it is that they can’t account for him. It tells you how so little we matter as citizens. The least we can do is ask where Dadiyata is and why can’t our government find him.