'Bring intolerance out of the shadows' 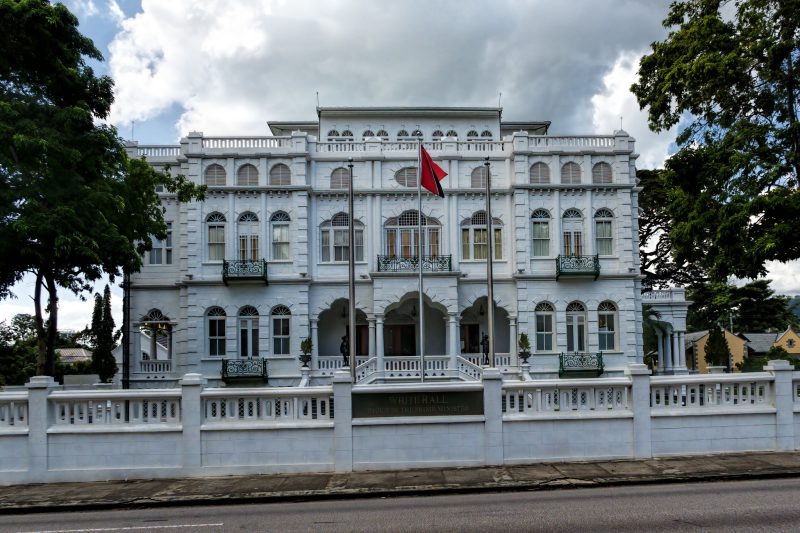 White Hall, which serves as the Office of the Prime Minister of Trinidad and Tobago. Photo by Dan Lundberg on Flickr, CC BY-SA 2.0.

Trinidad and Tobago celebrated its 58th anniversary of independence from Great Britain on August 31, but because of the COVID-19 pandemic, the occasion was not marked by a parade — only the third time in the nation's history that this has happened. The fireworks display, which traditionally takes place in the evening and draws large crowds of spectators, has also been cancelled.

With the country currently experiencing community spread of the virus, there are restrictions in place regarding public gatherings. Social distancing measures are also being encouraged and new legislation, which makes mask-wearing mandatory in public spaces, went into effect on Independence Day.

In his Independence Day address to the nation, Prime Minister Keith Rowley noted that COVID-19 represents an “immediate and serious” challenge. Calling people's efforts to prevent the spread of the virus is “an act of patriotism”, he added, and that “the threat of COVID-19 […] is literally in your hands.”

However, educator and columnist Debbie Jacob, though impressed with how the government handled the pandemic in its early stages, was disappointed by the way in which the two main political parties hosted large rallies in the lead-up to the August 10 general election, without mandating that supporters must wear masks and be properly distanced:

Both parties let us down and endangered us with their lackadaisical attitude in these political gatherings. You can’t expect us to listen to what you have been preaching about safety and then ignore what you did with senseless political meetings. […]

The least you could do now is admit you set a bad example while you complain daily about those not complying with your COVID-19 rules.

In his address, the prime minister also referred to the racist narratives that were being peddled during the election campaign, an issue that also caught the attention of educators, social commentators and political scientists.

Instead, the prime minister said, these times called for unity:

President Paula-Mae Weekes also dealt with the subject of racism in her Independence Day address:

The General Election 2020 flipped Trinidad and Tobago over and exposed what can be described as its ugly underbelly […] laid bare seething tensions that have simmered between ethnicities, in particular Indo-Trinbagonians and Afro-Trinbagonians, albeit below the surface. […]

We would all have noticed the recent reduction in acrimonious cyber traffic, but the underlying issues and feelings have not magically disappeared. They have only been driven back underground to smoulder and foment continued bitterness until the next explosion.

Our only hope of treating with this scourge once and for all is to attack it at the root, recognising that it is the result of our histories—our origin, our arrival, our incorporation into the society and our politics.

Referring to a symposium titled “Understanding and Reconciling Race Relations in Trinidad and Tobago”, which the University of the West Indies live-streamed on August 30, the president called such initiatives “a good start”, but suggested that “a practical and sustainable programme under the umbrella of a national framework, must be developed with all urgency”:

A foundation of accurate, historical information is critical and safe spaces need to be created to facilitate the conversations, which ought to be cross-generational. […]

As disturbing as it was to witness the regrettable outpouring of hatred and intransigence over the last six weeks, it has afforded us the opportunity to bring intolerance out of the shadows and deal with it decisively.

Without blaming and shaming, let us at every level—personal, institutional, political, governmental, social—commit to consciously, resolutely and patriotically ridding our society of this divisive affliction.