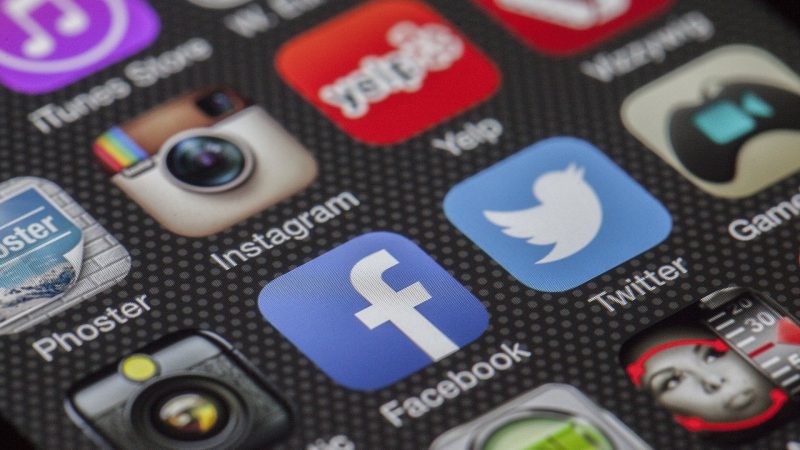 Image via Pexels by Pixabay. Free to use (CC0)

The post alleged sexual offenses against a minor and was considered to be a smear of the Prophet Muhammad. It was shared by P Naveen, nephew of Srinivas Murthy, a politician by the opposition party Indian National Congress (INC). The post has since been deleted.

Shortly after it was shared, a mob protested outside Murthy's house, located in the village of Devarajeevanahalli, in a rural area of Bangalore (officially known as Bengaluru).

The mob also attempted to burn down two police stations. Around 60 police officers were injured in the episode along with several protesters.

The images of the destruction were widely shared on social media, sparking reactions such as the one below by Twitter user Jiten:

https://t.co/GMXqHVXNRY what is happening … how can they destroy public property. why india cant be strict on these gundas.

The clash escalated to large-scale protests in two other villagers in Bangalore, KG Halli, and DG Halli (Halli means “village” in Kannada). Soon afterward, the state government imposed a curfew in the area. Police arrested over 100 people.

Media reports claim some of the protesters belonged to the Social Democratic Party of India, an Islamic political outfit.

One of those arrested was Sayyad Nadeem, a 24-year-old mechanic who died of COVID-19 while in custody. Following the arrest, he was admitted to Bowring hospital in the city of Bangalore after complaining of chest pain and shortness of breath. He died a few days later, according to the police. His COVID-19 test came back positive.

The chief minister of the state of Karnataka, where Bangalore is located, BS. Yeddyurappa urged authorities to take strict action against those partaking in the protests. He added that his ruling Bharatiya Janata Party (BJP) government would “not tolerate such provocations and rumors”.

While India's constitution is democratic and secular, violence between its Hindu and Muslim communities have long plagued the country. In recent years, the problem has worsened with online misinformation and harassment campaigns.

Earlier this year, over 50 people were killed during riots in the capital New Delhi following protests against the controversial Citizenship Amendment Act (CAA). The majority of the victims were Muslim.

During the recent riots in Bangalore, at least five reporters were attacked by protesters and the police, as chronicled by NewsLaundry.

@CPBlr your police hit my head with a pole even though we kept yelling we are reporters. @prajwalmanipal was hit on the back. We had to run from your police to save ourselves when there was no mob present!!

Journalist Arun Dev reported how the violence impacted the common citizenry of Bangalore who had no connection to either the rioters or the Congress MLA's nephew:

Even though close to the house of Naveen, who posted the derogatory content, the bar wasn't owned by anyone related to him. It was an act of vandalism. The occupants of the bar were chased out before burning the bar. #Bengalururiots pic.twitter.com/Ld1EjY1Kpe

The blame game — and reactions

In the aftermath of the violence, numerous right-wing groups on social media claimed that P Naveen's post was a response to someone called Adyar Basheer Adyar who had allegedly posted derogatory comments against the Hindu goddess Lakshmi.

But an investigation by the fact-checking organization AltNews established these claims as false. AltNews proved that Basheer's anti-Hindu post was from 2018, and P Naveen had never replied to it; the two images had been morphed to sustain the false claim.

Basheer's post, in fact, had resulted in police action against him at the time it was posted, in 2018.

Many condemned the violence perpetrated by Muslim groups, including journalist Anusha Ravi Sood:

Violence in Bengaluru on Tuesday night is quickly being given a ‘Dalit v/s Muslim’ colour while inflammatory posts that sparked d violence is being sidelined. This narrative being pushed at a time d country has witnessed both communities come together on many issues like NRC-CAA

No excuses for violence and arson! No, hurt sentiments are not an excuse!! Highly condemnable, the violence by Muslim hooligans in #Bangalore Just proves religious fanaticism is a scourge in all communities. Guilty must be brought to book as per law. Shameful! #bangaloreriots

Those who incited and perpetrated the #bangaloreriots must be found, arrested & given exemplary punishment. But they are not to be equated with an entire community any more than thugs & vigilantes represent all Hindus. This also happened in Bangalore: https://t.co/TCrfo6kU7k

#bengaluruviolence U muslims did riots because of prophet mohammed insult. Now what can we do with U. U made insult of our MATA [Mata means mother in Hindi] . This was a preplanned riots by muslims. Ur muslim man first did insult & then to reply Naveen posted prophet's photo. pic.twitter.com/rDmiFPIqWy

Dear Prime Minister of India @PMOIndia please punish the Banglore rioters in the strictest way possible!A facebook post should be replied with facebook post,no one has the right to create riot and kill people for a facebook post! This intolerance should be condemned!

Taking note of the situation, Bangalore Parliament member Tejasvi Surya from BJP advised the Karnataka government to follow Uttar Pradesh's Yogi Adityanath model and confiscate the properties of rioters as a way to compensate for the loss to public property. This is a measure Indian activists see as biased against minorities, and one that contributes to suppressing protests against legitimate issues.