From dubplates to debates: Election campaigning in Jamaica during a pandemic

Could issues be taking a back seat to music mixes? 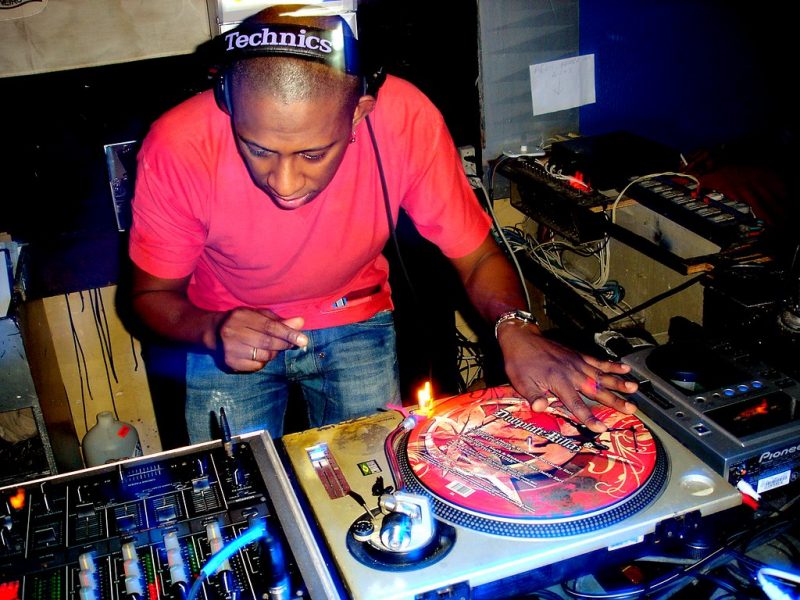 A DJ putting down a dubplate mix. Photo by Eduardo Pontes on Flickr, CC BY 2.0.

When Jamaican Prime Minister Andrew Holness announced the island’s election date in parliament —  instead of at a party rally, as is customary — it was clear that this campaign would be unlike any other.

On September 3, after an unusually short electioneering period, Jamaicans will go to the polls, overshadowed by rising COVID-19 numbers. As of August 17, there are 285 active cases on the island. Jamaica's total population numbers just below three million.

However, Jamaica’s entertainment industry has been hard hit by the pandemic, with imposed curfews and gathering restrictions still in place. The usually vibrant city of Kingston has been very quiet.

To make up for this lack of energy, political candidates have come up with their own “dubplates” or short promotional music videos posted on social media.

Former Olympian Juliet Cuthbert-Flynn, who is running for office, sprinted through her rural constituency as she highlighted her achievements:

Cuthbert-Flynn’s opponent, Krystal Tomlinson, responded with her own dubplate:

Not to be outdone, another woman with years of experience in the music business, Culture Minister Olivia “Babsy” Grange, had dancehall stars Masicka and I-Octane working hard in the studios:

While the dubplates provided some much-needed income for entertainers and livened up campaigns, they inspired a mixed reaction.

Some Jamaicans, particularly younger ones, were not amused:

we have a short election period, i want to hear less jingles and dub plates and more policy discussions, but that’s just me

Why am I seeing both sides putting out so many dub plates, yes I understand that with the election you will have political jabs but I want to hear the message, this is not a dance, what we are looking at is the running of the country &shaping the lives of Jamaicans.

Meanwhile, in a YouTube discussion, video commentator Akeen Lawrence questioned whether politicians’ dubplates detract from the authenticity of dancehall music.

Although the two main political parties contesting the election have not yet produced their manifestoes, the Jamaican public hopes to be enlightened on policy positions when the private sector-led Jamaica Debates Commission holds three televised debates — without a studio audience. The commission made sure both parties signed off on dates for the debates.

The darkening clouds of COVID-19 overwhelm most Jamaicans, however. One young social media user commented on Twitter:

So excited to see our politicians put us at risk by trying to campaign in communities and conduct elections in a pandemic. Yay.

On August 17, a somewhat gloomy emergency press conference announced further quarantine measures for two neighbourhoods experiencing local spread. Several communities in and around the capital city are also being monitored.

Many Jamaicans feel that the country's politicians are not setting a good example. The government has repeatedly reminded Jamaicans of the COVID-19 protocols, yet, Prime Minister Holness shared a video in which he appeared to be campaigning amid a crowd of supporters, with no social distancing measures. After netizens criticised the post, the tweet was deleted.

Another politician also came up for harsh criticism after she was caught surrounded by enthusiastic supporters with very few wearing masks:

https://t.co/tbVxstwndJ Coronavirus nuh select by color… “a vibe, not planned” is our culture. So what illusion did JLPNP have when they agreed on elections? Every citizen will fall under 1 or other: asymptomatic, symptomatic, mild, moderate or seriously ill. #notplanned

The Office of the Political Ombudsman has posted the Code of Conduct governing the September 3 election on its website, but voting procedures during a pandemic have still not been ironed out and it is unclear how politicians and supporters will stick to COVID-19 measures on the campaign trails.

Concerns also linger over whether citizens who have tested positive should be allowed to vote. While health officials are opposed to the idea, candidates from both sides of the political aisle agree that the 28,381 Jamaicans who have returned from overseas travel and have been in quarantine as of August 17, should be afforded that right.

It's a tricky issue, as there are currently no online voting arrangements in place. To securely set up such a system prior to election day is likely beyond the capabilities of Jamaica's electoral office, so those who have tested positive for COVID-19 would theoretically need to vote in person. Jamaica currently has about 29,000 people in a two-week, at-home quarantine — enough to make a difference to politicians’ numbers — but health officials are adamant that anyone who has been confirmed COVID-19 positive should not be able to visit polling stations.

As we’re finding with the daily management of the pandemic, the weak links are not absence of protocols or advice but people’s willingness to apply them. The frenzy that often accompanies elections in Jamaica has to be curtailed and that’s down to candidates and the parties.

The next two weeks will likely be full of twists and turns, as Jamaicans struggle with growing fears over COVID-19 just as the political rivalry is heating up.