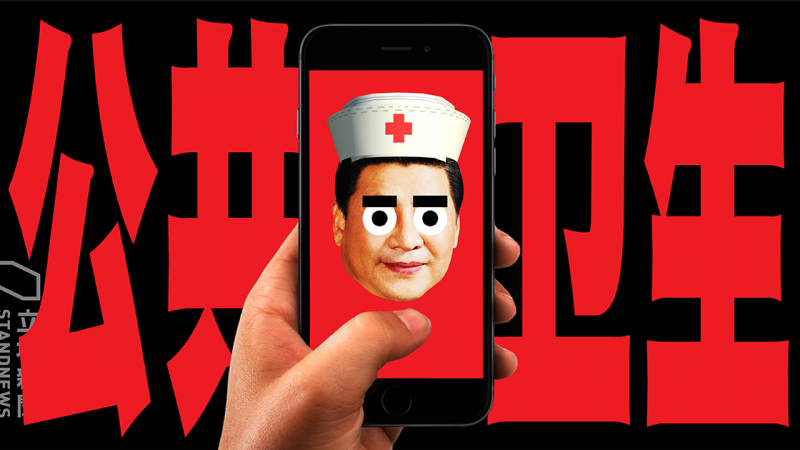 With Hong Kong seeing a spike in COVID-19 cases, the city prepares to test its entire population for the new coronavirus by the end of August — while pro-Beijing politicians push to use the test results in a three-color health code system.

The color-coded system, implemented in different cities in mainland China, assigns a QR code to citizens according to their COVID-19 test results. Those who test negative receive a green QR code on their mobile phones, which allows them to bypass some social isolation restrictions, such as going to restaurants.

The proposal has raised privacy concerns in Hong Kong — many fear that authorities could use the system to track individuals’ locations and restrict their movement for political reasons.

While implementing such a mechanism in Hong Kong is still in debate, the government is on track to carry out universal testing of its 7.5 million population with the help of Beijing.

The mainland has already sent in a team of 60 medical workers to assist with the massive operation, which will cost 150 million Hong Kong dollars (about 20 million US dollars). Local authorities estimate that at least five million citizens will volunteer for the test due to begin before the end of the month.

But Hong Kong's pro-democracy camp is urging people to boycott the test.

With three laboratories based in mainland China slated to process the test results, fears of surveillance run deep. Some activists argue that the Chinese government could take the opportunity to build a DNA database of all Hong Kong citizens — a measure similar to those Beijing has implemented in Xinjiang.

[City-wide testing by three #China-based laboratories, with one allegedly involved in DNA collections of #Uyghurs]

CCP is seizing any chance to set up an intrusive social surveillance system in HK, this time in the name of anti-pandemic “health code”. It will enable CCP to track individuals location, restrict freedom of movement, introduce “Social Credit System” and control the flow of money.

The Hong Kong government says the labs in question will not have access to people's personal information, and that authorities do not intend to integrate the results of the universal testing with a future health code system.

In addition to surveillance concerns, local health experts question the efficacy of one-off universal tests in preventing the virus spread. There are studies that have found that polymerase chain reaction (PCR) tests may generate false-negative results if the patient is tested too early in the course of the infection.

In an interview with The Standard, microbiology expert Ho Pak Leung said that, for a health code system to be effective, universal testing would have to be conducted weekly, which would be tremendously costly.

After all citizens in a particular location are tested for SARS-CoV-2, the system assigns them, via a QR code downloaded to each person's mobile phone, one of three colors: Green, yellow, or red.

Citizens with a yellow or red code are not allowed to enter public spaces or use public transportation. Restaurants and malls, for example, are required to scan all patrons’ QR codes upon entrance.

But the criteria behind color-assignment colors isn't totally clear to the public — there have been reports of unexplained red and yellow codes. An analysis by the New York Times found signs that the mobile app shares individuals’ movement and location data with the police.

In China, the health code system is hosted by the Alipay app through an API. Alipay is also behind Zhima Credit, more commonly known as Sesame Credit, a private credit assessment tool whose data is believed to be included in the algorithm of China's social credit system, which punishes “bad” citizens and awards “good” ones.

Data used in the social credit algorithm comes from citizens’ financial and criminal records, as well as minor offenses such as jaywalking or littering (and online behavior). In 2015, the People's Bank of China licensed eight companies to begin a trial of social credit systems, with AliPay is among them. Alipay is owned by Ant Finance, a subsidiary of Chinese tech giant Alibaba.

Correction note: A previous version of this article incorrectly stated that Alipay runs the health code system in mainland China. The previous version also incorrectly stated that Sesame Credit is a component of China's “social credit system,” when it is actually a private credit assessment only allegedly used by the public authorities. The article has been corrected on August 24, 2020.