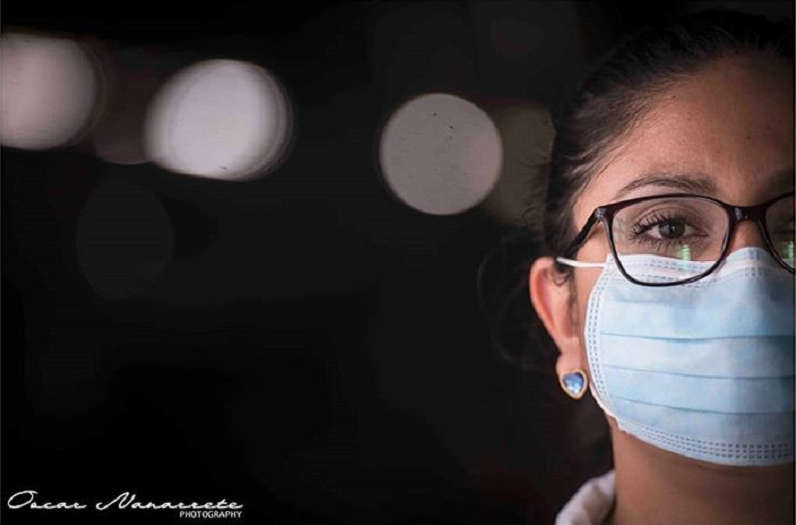 We human beings tend to trivialise our bodies’ mental and emotional health. We make jokes like “I must be going crazy” or “I have a memory like a sieve”, which could be defence mechanisms against real underlying worries, a way to escape from some cognitive deterioration we are suffering, or maybe just simple ignorance. Any of these situations is valid, as we all act, process, interpret and feel things in our own way. So, let's talk about the effects COVID-19 has on our mental health and how this illness could potentially be causing a deterioration in the cognitive functions of patients who have survived it. This damage could be irreversible if we don't tackle it in the right way.

Let's imagine ourselves in Nicaragua, where I'm from, and where there is no plan of action in place to support mental health nor even specific legislation to look after it. As a medical student, I was able to witness and experience my country's health system from the inside, and I could see that it has many weaknesses. Mental health has not been a priority in the country because of successive political crises and natural disasters. The State is negligent and doesn't invest enough in something so highly important as health. As a result, the outlook for Nicaraguan society in terms of a complete recovery for people who have survived COVID-19 is very complicated.

After speaking to someone who suffered trauma from not being able to breathe, and reading an article in The Atlantic about delirium syndrome and its relation to the coronavirus, I reached the conclusion that we need to talk about mental health and how mental disorders could get worse in people who have survived COVID-19.

We can't talk about COVID-19 without mentioning acute respiratory distress syndrome (ARDS), which consists of severe damage to the lungs and a steep drop in arterial oxygen partial pressure (hypoxemia). This syndrome generally requires aggressive treatment such as a mechanical ventilator, and therefore treatment in intensive care to stabilise patients. According to researchers, hypoxaemia, which characterises ARDS, may cause delirium, otherwise known as a “confusional state”, in patients in intensive care.

In this state, patients may experience altered awareness and changes to their cognitive function which develop over a long period of time, according to the psychiatric manual written by researchers Juan Lopez-Ibor Aliño y Manuel Valdés Miyar.

The Atlantic article features accounts from COVID-19 survivors, who tell of the horror of feeling like their arms and legs are amputated or being at their own funerals. For many years, scientists have studied the direct relationship between ARDS and the creation of a state of delirium in people who are on intensive care wards, but other findings are even more shocking: over time, people who survive these episodes develop cognitive impairment that is undetected in functions such as memory, attention, concentration, processing speed or the executive functions of the brain, as demonstrated by Hopkins et al.

Now let's focus on two conditions that so many people suffer from, and yet very few are aware of: anxiety and depression. According to Nicaraguan psychologist Junieth Cruz, it's very likely that most people have experienced an episode of anxiety at least once in their lives; however, we don't have enough health education recognise the symptoms.

The symptoms of depression appear to improve over the course of the first year, after the patient is discharged, while anxiety lasts for longer than a year, but PTSD is a long-term condition, according to a study by Myhren et al. Meanwhile, H. Rothenhäusler et al have shown that cognitive impairment and its effects can be observed six years after medical discharge, and that only 46% of people would be able to resume their former activities.

If we are realistic about the public health crisis caused by COVID-19, how many survivors will be able to receive treatment for their mental health? Will the health authorities do anything to mitigate the mental health crisis following the pandemic? These are just two of the questions we could reflect on, not just in Nicaragua but in many other countries around the world.

To summarise, we usually make the mistake of thinking of health as the absence of physical discomfort, without taking into account that to be healthy, we need to consider the balance between physical health and mental health. The demonisation of self-care and the taboo of discussing psychological struggles are things we have to tackle to avoid a spike in psychological and psychiatric patients, bearing in mind the psychological impact the COVID-19 pandemic will have in the medium and long term, and we must be able to swallow our pride and begin to accept help for our mental health.

Now more than ever, we must have these discussions regarding everyone's physical and mental well-being and move away from outdated and obsolete statements such as “I'm not going to a therapist because I'm not crazy.”