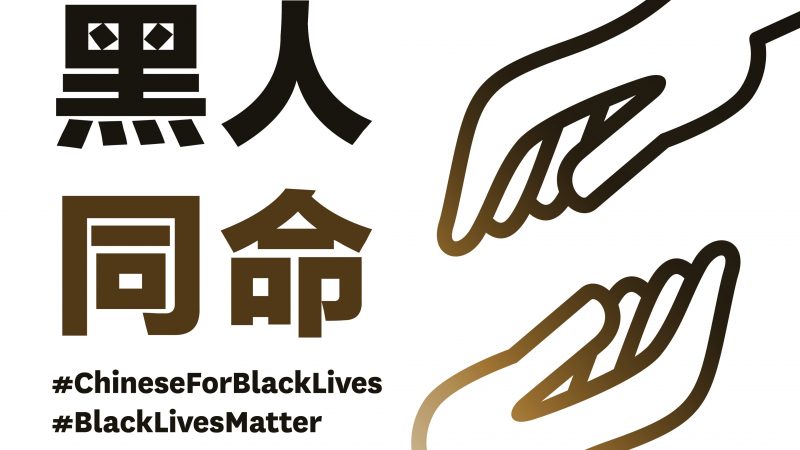 As the Black Lives Matter protests that followed the killing of George Floyd in the United States evolved into a global anti-racism movement, communities around the world were inspired to translate the protest slogan into their own languages.

The task, however, isn't always straightforward. On Chinese social media, there has been a lot of debate around what would the most appropriate translation of “Black Lives Matter” in Chinese — and the confusion contributed, perhaps unwittingly, to the spread of racist discourse among Chinese-speaking communities.

But describing someone’s life as expensive in Chinese usually implies that the person in question is from a privileged social class, as a few netizens have pointed out:

Side note, the translation'黑命贵’ works for right wing xenophobic agenda (didn't know who coined it), for ‘贵’ literally means ‘precious’ and ‘valuable’, and it's used to spread the misinformation that BLM is about ‘black lives value more than other’

Instead, the misleading translation seems to have caught on. @SlowZhu, a user who follows and supports the Hong Kong protests, noticed that it even appeared on a Netflix talk show, and urged the program to change it:

The “黑命贵” translation has been widely used by Chinese diaspora communities, in particular anti-CCP media outlets such as Epoch Times, Bannedbook.org, Aboluowang.com, and by post-1989 Chinese political dissents.

When the Chinese tag #黑命貴 appears on Twitter, the content usually includes negative views of the BLM movement.

For example, one video that appeared on the top results of a search for #黑命貴 depicted a violent scene of a dark-skinned man beating up a Chinese woman in Guangzhou. The video was tagged with #BLM and in Chinese #黑命貴 (“black lives are expensive”), #黃命賤 (“yellow lives are cheap”), and #廣州 (“Guangzhou”).

Many tweets using this tag, such as this one by @Sumerian0 from August 7 and this other one by @lamfromorient from August 5, have resonated with supporters of the rightwing conspiracy theory that the BLM protests are organized by Antifa, which US President Donald Trump has threatened to designate as a “terrorist organization.”

The flood of #黑命貴 (#black lives are expensive) discourse on Chinese social media has given Chinese-speaking communities around the world an impression that Chinese-Americans don't support the BLM protests.

However, there are many young Chinese-Americans who have been proactively addressing the anti-black racism within their communities, sharing strategies to talk about the issue with their family members, and participating in protests in the US and around the world:

From seadyke :”#Chinese4BlackLives join the movement and be the change! None of us are free until all of us are free! #blacklivesmatter” pic.twitter.com/5idhlv0lvU

HK protestor are in line with BLM,
#BlackLivesMatter

We Hong Kongers are against #PoliceBrutality . pic.twitter.com/43cr5fZFWo