Abused and infected with COVID-19, Nigerian domestic workers are stranded in Beirut

The women risk arrest and detention at the airport 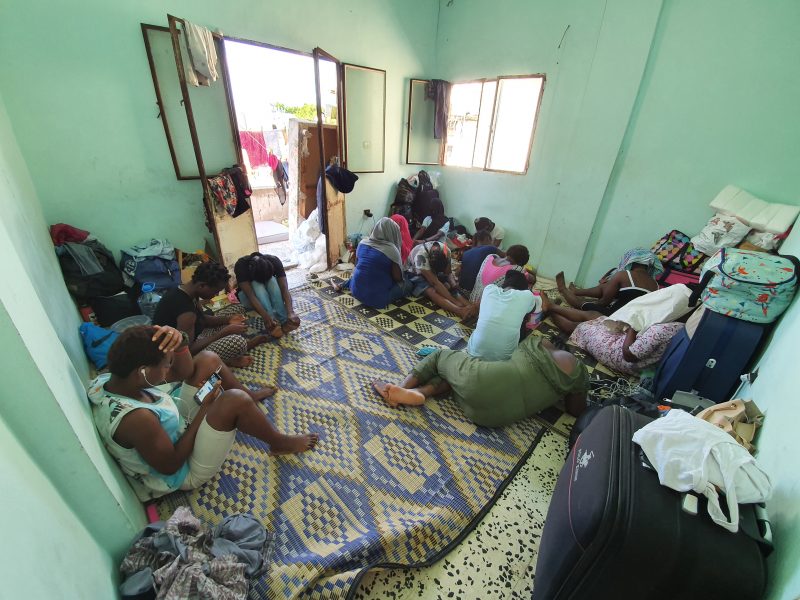 Up to 30 women stay in this safe house for domestic workers stranded in Lebanon after they were kicked out of their employers’ homes. Image by Dara Foi’Ella, used with permission.

Forty-three Nigerian women are currently holed up in three safe houses in Beirut, Lebanon, after they were kicked out of their employers’ home where they worked as domestic workers, following a massive explosion in Lebanon on August 4.

- 3 safe houses with up to 3o women in 1 room
– no furniture, substandard facilities
– no access to drinking water
– no access to food
– receiving daily threats by employers & agents (human traffickers)#sendthemhome #abolishkafala

The explosion at a portside warehouse in Beirut caused adverse shockwaves that killed 135 and wounded 5,000 people, reports the Guardian. On August 10, following widespread protests, Lebanese prime minister Hassan Diab along with his cabinet resigned from office.

The explosion uncorked pent up anger of the Lebanese people who were already undergoing a stringent financial crisis exacerbated by the coronavirus pandemic with increased job losses.

However, migrant domestic workers — mostly from countries in Africa — were the worst hit.

Migrant domestic workers are protesting outside the Kenyan Consulate in Beirut to demand authorities take action to help them get home. Many were expelled by their employers following the explosion last Tuesday. pic.twitter.com/Q5C0Cj7BAI

Lebanon's General Security are now arresting the Kenyan women who protested to ask to be sent home.

Lebanon is hell for migrant workers. These people are literally just asking to be sent home and they're being arrested for it.

If Kenyan journos want to cover this reach out pic.twitter.com/2v7q5e5Df6

Even before the explosion, many African domestic workers were dumped on the streets of Lebanon by employers following an economic recession, aggravated by COVID-19. Without money and passports, some of the ladies were sexually exploited.

Under the Kafala sponsorship system, the immigration status of foreign domestic workers in Lebanon is tied to their employers. This slave-like labour law perpetuates exploitation and abuse.

A litany of abuses, exploitation and harassment

Dara Foi’Ella, a Beirut-based human rights activist with Syrian Eyes, explained to Global Voices via WhatsApp that the Nigerian women are currently in three safe houses.

One safe house is crammed with 30 women in two apartments. Foi’Ella stated that this house is located in a “dangerous ghetto” where these women have allegedly suffered attempted physical and sexual assaults. “Some men tried to break into the house. The girls had to wedge the door with sofas to prevent them from breaking in,” Foi’Ella said. 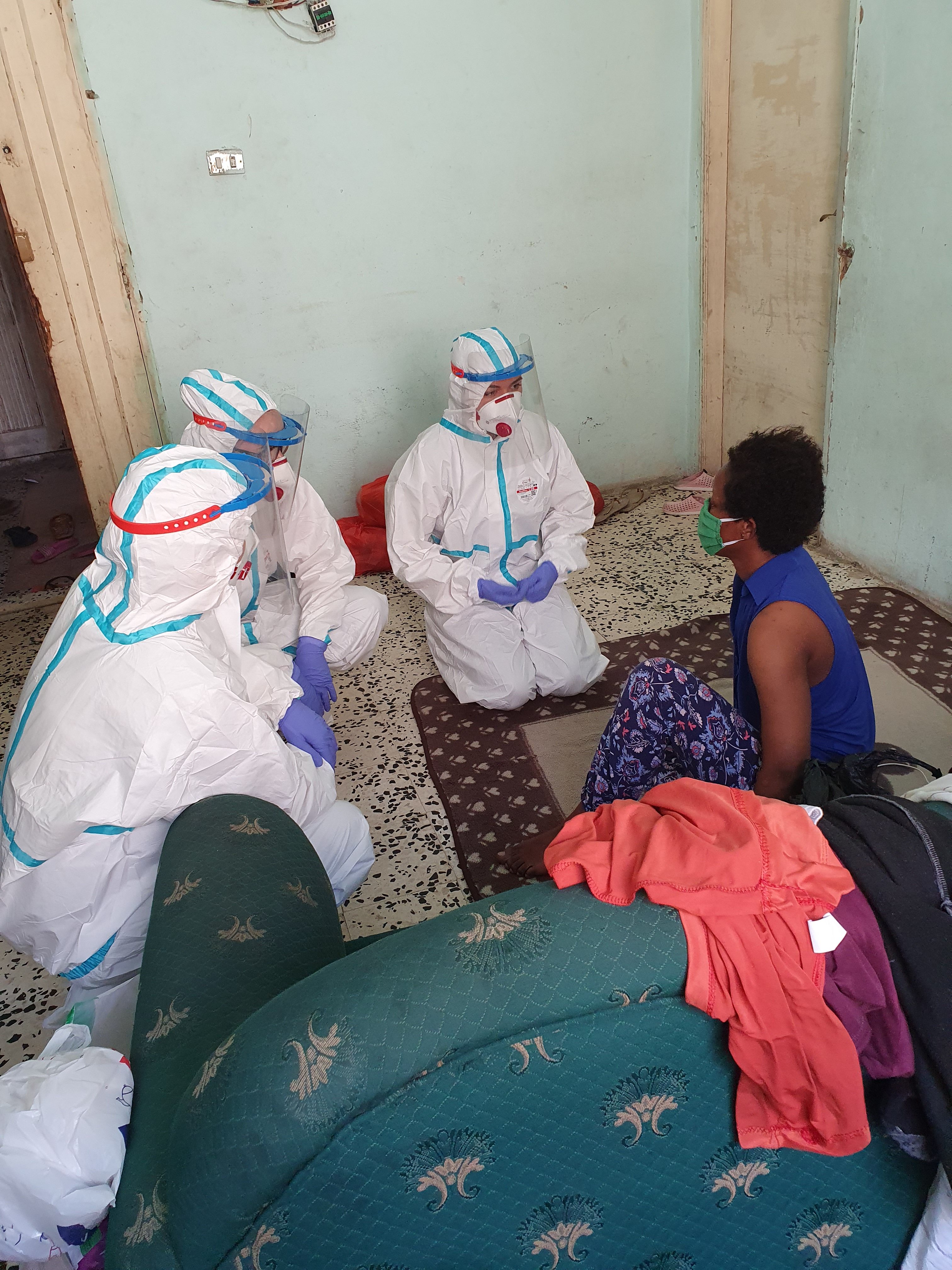 Some of the Nigerian former domestic workers have tested positive for COVID-19. Image by Dara Foi’Ella, used with permission.

But unfortunately, since one of the women is COVID-19 positive, they cannot be relocated to a safer location. Syrian Eyes, in partnership with Doctors without Borders, are treating the Nigerian women infected with COVID-19.

Our stranded girls in Lebanon.. Ecstatic to be back home pic.twitter.com/wdLmY4Nfqz

Many of the women —  trafficked into Lebanon by Nigerian agents —  either ran away or were kicked out by the Lebanese employers after the explosion. None have valid Nigerian passports since they are forcefully kept by their employers.

According to various sources, many of the women continue to endure ongoing verbal harassment and trauma from their employers who are luring them back to their slave-like jobs.

Foi’Ella made several WhatsApp notes available to Global Voices from a source name “Lola” as evidence. Lola is a pseudonym to protect her identity.

Lola received five WhatsApp voice notes from her employers which started with pleas but soon degenerated into threats.

The third WhatsApp voice states: “I told the [employment] agency that if you want to travel, come get the passport and money and go.”

The fourth WhatsApp voice note was from the agent: “Lola, why did you run away from Madam? It’s very simple to tell Madam that you don’t want to continue. Your passport is with us. It’s better for us to talk with you, and settle this problem and go back there to Nigeria….”

The fifth voice note from Lola’s “madam” was explicit blackmail: “if you don’t come and get the passport, the police will come and get you. I told them you ran away.”

These stranded domestic workers have to rely on the Nigerian Embassy, according to Foi’Ella, who liaise with Lebanese security agencies to provide travel documents.

Usually, the women submit four passport photographs upon registration at the embassy and some get free flight tickets to return back to Nigeria.

When former employers make criminal charges against domestic workers alleging that they stole, like in Lola’s case, repatriation can get delayed. Even at the airport, with valid exit papers, these domestic workers may be arrested nd detained for three to four weeks and then kicked out again into the streets.

The Nigerian government needs to put pressure on both the Lebanese foreign and labour ministries to grant a general amnesty to all Nigerian domestic workers to be repatriated.

That’s the only way these women who have been “wrongly accused of crimes can be able to leave Lebanon without being arrested at the airports.”