In Pakistan, a man accused of blasphemy was shot dead in a courtroom. His killer was hailed as a hero. 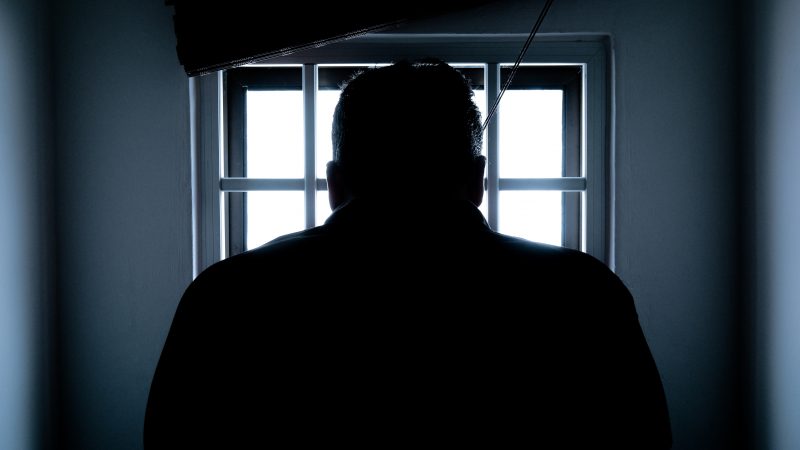 A 57-year-old man was shot dead in a Peshawar courtroom as he was being trialed for blasphemy on July 29. The killer, 24, was arrested immediately — it's unclear how he managed to bypass the court's security with a fire weapon.

Tahir Ahmad Naseem was a Pakistani-American citizen who used to post videos online claiming he was some sort of prophet. In 2018, he was arrested by Peshawar police and charged with multiple counts of blasphemy after a madrassa student lodged complaints against him.

The student presented to the authorities private online conversations in which Naseem claimed to be a prophet of Islam, which is a violation of Pakistan’s blasphemy laws.

Muslims believe that Prophet Muhammad was the last messenger of God and that any subsequent claim of prophethood is heresy.

Read More: Pakistan: The Blasphemous Use Of Blasphemy Law

Naseem was facing the death penalty in the trial for “defiling the sacred name of the Holy Prophet Muhammad”.

Tahir Ahmad Naseem was gunned down today in a court hearing. He was accused of blasphemy 2 years ago by a teenager, who had documented their conversation in an online platform and then filed a case against him to the local police.

Soon after the incident, people in the courtroom were seen pulling out their phones to take photos and videos of the victim. A video showing Tahir's body lying on a bench went viral on Pakistani social media. Another viral video showed the killer in police custody saying that Prophet Muhammad had appeared in his dreams and told him to kill Naseem.

Journalist Naila Inayat shared photos of Tahir laying dead in the courtroom after being shot:

Man under trial for #blasphemy shot dead inside a courtroom in Peshawar. Shooter said he ‘defended Islam’ by killing accused. Tahir Ahmed was booked for claiming to be a prophet in 2018. He had told the court that he suffered from mental illness & was unaware of the consequences. pic.twitter.com/MoF37nkaSU

In a tragic incident today a man was shot dead in front of a judge in Peshawar. It is being reported that he was Ahmadi, which is not true. He was born Ahmadi but left the community many years ago. /1

On July 31, thousands of people rallied in Peshawar in support of the killer. They carried placards praising the act and demanded his release from jail, alleging that the government is “too slow” in prosecuting blasphemy cases.

Ihsan Tipu, a Journalist covering Khyber Pakhtunkhwa province for The New York Times, tweeted a video of the rally that was held in support of the killer:

Thousands rallied on Friday in Peshawar to express solidarity with a man who killed Tahir Ahmad Naseem, an American citizen, accused of blasphemy inside a courtroom in Peshawar. pic.twitter.com/PMcoC5DOke

In the Country's history this is the first time we have witnessed justice in the court of law.

As the killer was taken to custody, lawyers and police officers posed for selfies with him.

This shows how deep the issue of blasphemy runs in Pakistan: Facebook page & profile apparently of this leading figure in the country's ruling party's branch in Sindh Province has changed profile pics to that of the killer who shot an alleged blasphemer in court in Peshawar today pic.twitter.com/dfqoxK69oJ

This is not the first time an incident of this nature has taken place in Pakistan. On January 4, 2011, the Governor of Punjab Salman Taseer was shot dead by one of his guards in Islamabad after he expressed negative views of the blasphemy laws.

In Pakistan's polarized society, such extremist views are accepted, while those who disagree avoid speaking for fear of harassment, especially online.

Still, many went public to condemn the murder:

Khalid, the man who murdered a mentally unstable man accused of blasphemy at a court in Peshawar yesterday, is a disgusting criminal like Mumtaz Qadri & deserves strong punishment. Stop glorifying murderers please; nobody has the right to kill.

The murder of Tahir Ahmad, who is reported to have a mental disability, in the Peshawar Sessions Court this morning is yet another example of how Pakistan’s blasphemy laws embolden vigilantes to threaten or kill the accused.

How the Peshawar blasphemy killer is being revered as a hero, Ghazi or yet another Ilm-ud-Din or Qadri. This is what happens when you weaponise religion for decades. My column. #LetterFromPakistan https://t.co/iwmXZz2tUJ

An editorial in the online portal ProperGaanda said:

It is high time Pakistanis stop hailing the murderer as a hero and recognize him for what he was. That will be the first step in cultivating an atmosphere wherein potential extrajudicial murderers think twice before breaking the law and imposing their judgements on whether or not a human has the right to live.