How the murder of musician Hachalu Hundessa incited violence in Ethiopia: Part I

Speculation began to fly amid long-standing ethnic and political tensions 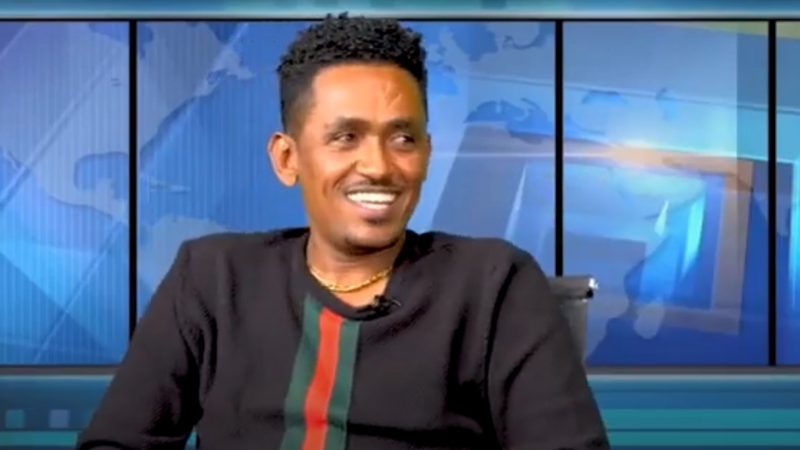 Hachalu Hundessa interview with OMN via Firaabeek Entertainment / CC BY 3.0.

Iconic Ethiopian singer Hachalu Hundessa gained prominence for using his creative talent to raise the consciousness of the Oromo people. He was assassinated in a suburb of Ethiopia’s capital, Addis Ababa, on June 29.

That night, at 9:30 pm, as Hachalu was exiting his vehicle, a man named Tilahun Yami allegedly walked up to his car and fired a gun into the artist’s chest. He was rushed to the nearest hospital, where he was officially declared dead. It was later determined that the bullet severely damaged his internal organs.

In the wake of his murder, the country has struggled to come to terms with the violence that followed. The truth of Hachalu's assassination is not yet fully clear, and in its aftermath, speculation began to fly as politicians and activists stoked long-standing tensions between Oromo and Amahara elites, two of Ethiopia's largest ethnic groups.

That day, mourners flooded the streets of Addis Ababa and cities and towns across Oromia state. The next morning, Oromia Media Network (OMN), a satellite TV station on which Hachalu had his last contentious interview, provided online and TV coverage as his casket was transferred from Addis Ababa to Hachalu’s hometown, Ambo.

The slow, televised journey turned into a deadly battle between government authorities and opposition politicians over where Hachalu would be buried, and OMN interrupted its coverage as the hearse was forced to return to Addis Ababa. At least ten people were killed and several were injured in Addis Ababa.

Meanwhile, turmoil and violence ensued. A three-day rampage gripped parts of Oromia and Addis Ababa, at a substantial cost: 239 people were left dead; hundreds of others were injured and more than 7,000 people were arrested for violence and property damage worth millions of Ethiopian birr.

On June 30, the government imposed an internet shutdown to attempt to halt calls for violence circulating on social media that lasted three weeks.

A number of people were shot and killed by government security forces, but several news outlets including Voice of America and Addis Standard reported that angry mobs from the Oromo ethnic group attacked multiethnic, interfaith towns and cities in southeastern Oromia, targeting non-Oromo, non-Muslim families in the region.

Most of the violence fell along ethnic Amahara-Oromo lines, but religion may have played a more central role due to an intricate, localized understanding of ethnicity: The southeast Oromo community’s ethnic identity markers usually combine the religion of Islam and the Afan-Oromo language. A local farmer reportedly said “we thought Hachalu was Oromo” after he watched Hachalu's televised funeral rites that followed the traditions of the Ethiopian Orthodox Tewahedo Church.

According to reports, most victims of the most gruesome violence were minority Christian Amharas, Christian Oromos and Gurage people. Eyewitnesses say mobs destroyed and burned property, committed lynching and beheadings and dismembered victims.

When news of Hachalu’s assassination first hit, Oromo diaspora media outlets zeroed in on Hachalu’s fateful interview with OMN host Guyo Wariyo, that aired the week before Halachu was killed.

During the interview, Guyo repeatedly asked Hachalu provocative questions about his alleged sympathy for the ruling party, interrupting him multiple times to challenge his answers.

Hachalu fiercely denied any sympathies with the ruling party, but also decried the deeply discordant and fractionalized Oromo political parties, demonstrating his staunch independence as a thinker and musician — a quality that made him a target for online abuse until the day of his murder.

At one point, however, Guyo asked Hachalu about the historical injustices allegedly committed against the Oromo people by Menelik II, Ethiopia’s 19th-century emperor who shaped modern Ethiopia.

Hachalu shocked some listeners when he answered that the horse seen immortalized in Menelik’s equestrian statue in Addis Ababa belongs to an Oromo farmer called Sida Debelle, and that Menelik robbed that horse.

When Hachalu was killed one week later, many members of the Oromo diaspora community immediately speculated that Hachalu’s criticism of the Menelik II statue infuriated sympathizers of imperial Ethiopia, which may have led to his murder.

On social media, Oromo netizens focused obsessively on Hachalu’s Menelik-related remarks, which led many down a winding path to an insidious disinformation campaign. The rest of the interview contains other loaded issues of divisions and contradictions within the Oromo community.

Throughout the interview, Guyo grilled Hachalu about the country’s ongoing political reforms, stoking anti-government sentiment with questions about Prime Minister Abiy Ahmed, himself an Oromo, and whether or not the government had met the demands of the Oromo people after the prime minister came to power in 2018.

Hachalu reiterated his non-involvement in the rabid partisanship of Oromo politics but he did criticize those who question Abiy’s Oromo identity.

He defended his position against top Oromo opposition leaders who sought an alliance with the Tigray People's Liberation Front (TPLF), a once-dominant party with historic ties to the now-defunct Ethiopian People's Revolutionary Front (the EPRDF). The TPLF turned into an opposition party after Abiy dismantled the EPRDF.

Following Hachalu’s murder, the government was able to acquire and release the full 71-minute interview to the public. The missing tape included Hachalu’s accounts of death threats he received from parts of western Oromia, where the radical OLF-Shane militia is active. Hachalu said he believed he would not have been attacked on social media if he had praised OLF-Shane.

He addressed a direct conflict he had with Getachew Assefa, Ethiopia’s security and intelligence chief during the TPLF period.

Guyo, who promoted this interview on Facebook as “must-see TV” in the days before its broadcast, has since been arrested and the government is investigating the full 71-minutes of interview tape for further clues that may help determine the facts regarding Hachalu's murder.

Read more about the consequences of Hachalu Hundessa's murder in Part II.