Concerns have been raised over Chinese influence on Australian campuses. 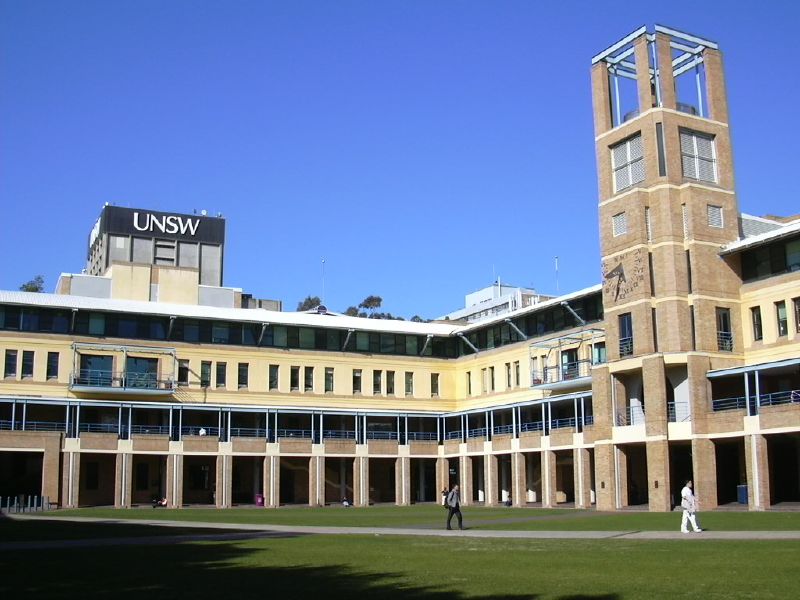 The University of New South Wales received criticism for removing an article calling out the decline of human rights in Hong Kong. Photo from Flickr page of Sompop S (CC BY 2.0)

In the latest of a string of incidents sparking national debate over undue Chinese influence on Australian university campuses, the University of New South Wales (UNSW) was criticized for its decision to delete an article published on its website that urges the international community to put pressure on China to “wind back recent infringements on human rights in Hong Kong”. The article was written by a member of UNSW's media team, and quotes director of Human Rights Watch Australia and adjunct professor at the university, Elaine Pearson.

A Twitter post from UNSW's official account promoting the article was also deleted. The article was later restored, briefly removed again, then reinstated to a different section of the website and labeled as an opinion piece.

UNSW happy to confirm to me they deleted tweet linking to @PearsonElaine article as it was being “misconstrued” as the opinion of the University. Yet they haven’t felt the need to delete any other tweets quoting academics. Story here: https://t.co/Td9baMn14r https://t.co/MvUPAmORWL

The article refers to the recently enacted National Security Law, the implementation of which has raised serious concerns amongst Hong Kong citizens, international human rights advocates, and legal experts over how it criminalizes a wide range of speech and acts of protest, weakens judicial independence, and asserts extra-territorial jurisdiction.

It appears the article was originally removed due to complaints lodged by pro-Chinese Communist Party supporters, some of whom are students attending UNSW. Several students also reportedly contacted the Chinese consulate to assist them in pressuring the university.

I understand there was a backlash from some pro-Chinese Communist Party supporters complaining about the article and asking UNSW to remove it.

Update: Screenshots shared with me proved that Chinese students at @UNSW have contacted the Chinese consulate, hoping to seek their support in pressuring the school over the opinion piece that they published last Friday.

China's state-owned news outlet the Global Times also published a piece focusing on ‘outraged Chinese students’ who want the university to apologize for publishing the article.

Oh hey nothing to see here just a PRC state media outlet demanding that a university in Australia delete an article that discusses recent stripping away of human rights in Hong Kong. I’m sure everyone sees no evidence of interference right? https://t.co/0YYAmBcXKQ

However, the backlash UNSW received over the incident came overwhelmingly from concerned citizens on social media, university alumni and Australian Federal Members of Parliament from both major parties who disagreed with the university's actions and called for adherence to traditions of free speech and academic freedom.

The reader comments on this story are pretty scathing about UNSW's actions. Of about 70 comments, I can't see one supporting the university. Some real anger from people identifying as UNSW alumni. https://t.co/iAXE1h36rs

My latest Cartoon on @UNSW kowtowing to China.@UNSW removed tweets about @PearsonElaine‘s article on #HongKong‘s Human rights condition after pressured by Chinese nationalists.
Please see the thread below for more details and development. https://t.co/uctEjOVMzl pic.twitter.com/xXOTojlBdV

Education Minister Dan Tehan has warned the university free speech is paramount after it deleted tweets about human rights in Hong Kong. https://t.co/5yeWseo5b0

Two versions of apologies from UNSW

Several days after the incident, UNSW President Ian Jacobs issued an apology for the way in which the situation was handled in an email to university staff. He cited UNSW's ‘unequivocal commitment to freedom of expression and academic freedom’, but reiterated that the tweet was removed as it appeared to represent the university's view, rather than the view of an individual:

UNSW President, Professor Ian Jacobs, has apologised after a China article from Human Rights Watch's Elaine Pearson was removed following social media pile-on – says “There is no excuse for our failure” and tweets of the article “should not have been removed” pic.twitter.com/KEf5jyijoT

In notable contrast to the above statement, another letter written in Chinese by the university that surfaced on social media and is addressed to UNSW's ‘business partners’ apologizes for the disturbance caused by the incident, and thanks them for their understanding.

.@UNSW apologizes to Chinese students after publishing a controversial article believed to support #HK secession, saying the article only represented the author's personal opinion. But some Chinese students believed the apology came too late. https://t.co/Cfz6pIC0Sm pic.twitter.com/c9kzCkS3Mh

The incident is one of several that have recently thrown a worrying spotlight onto the potential influence wielded by the Chinese Communist Party over Australian universities.

In May of this year, University of Queensland (UQ) student Drew Pavlou was suspended for two years following a disciplinary hearing over alleged misconduct linked to his activism in support of democracy in Hong Kong. His suspension was later reduced to one semester (until 13 November 2020), but Pavlou has been banned from all campuses and removed from his elected position in the UQ senate, the university's governing body. UQ maintains that the sanctions have nothing to do with Pavlou's political views regarding China or Hong Kong.

We fully expect the Human Rights Commission to overturn UQ’s disgraceful decision to suspend me and overturn my democratic election to the Senate. All of the world knows that UQ targeted me simply for my criticism of the Chinese government https://t.co/it56OWYQgH

Last year, UQ was one of several sites across Australia where supporters of China clashed with pro-democracy protestors speaking out against police brutality and Hong Kong's controversial extradition bill, which now forms part of the new National Security Law. Chinese state media publicly praised the pro-China protestors. As a result, some Federal government MPs warned of Beijing's growing role in censoring certain viewpoints on Australian universities. Tim Wilson, a Federal Member who sits on the Joint Committee on Intelligence and Security, said:

Many MPs have a concern about Australian university campuses and whether they're both a bastion for free speech, which they need to be, but more critically the role that foreign influences like the Confucius Institutes are having — any influence over curriculum and of course the influence of foreign governments on protests.

Concerns over foreign influence extend to the nature of research partnerships between Australian universities and Chinese state entities. Last year, the University of Technology Sydney (UTS) and Curtin University were prompted to review their research approval procedures after investigations revealed that lucrative joint research initiatives around artificial intelligence and surveillance technology could have been used by the Chinese government to facilitate human rights abuses against ethnic minorities in Xinjiang.

While Australian universities embroiled in China-related controversies have repeatedly emphasized their commitment to human rights and freedom of expression, the fact that many are heavily financially dependent on international students from China adds a complicating element. Fees from Chinese students at the University of Sydney, for example, make up one-fifth of the university's total annual revenue.

The Chinese students threatened to deprive the university of Chinese cash — by themselves not attending. The way they treat themselves as instruments of Chinese govt repression, as mere customers at higher ed institutions, is frankly sad. https://t.co/eiwzcAG1rD

An independent review released in March last year by former High Court Chief Justice Robert French concluded that there was no evidence of systemic threats to free speech in Australian higher education. As the UNSW incident shows, however, the ability of Australian universities to safeguard an environment conducive to open political debate remains under sharp scrutiny.