Ahead of elections in Trinidad & Tobago, one party promises to build a dome to limit ‘illegal outsiders’

The offer became a national joke 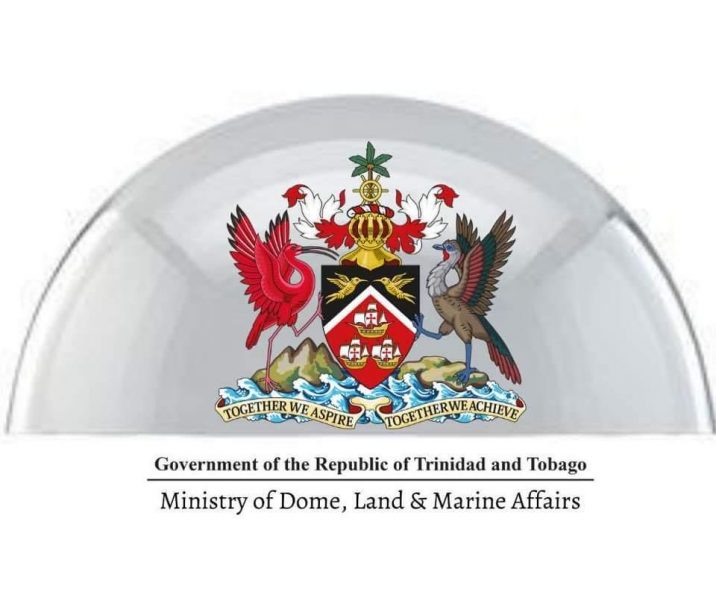 A meme making fun of the United National Congress’ proposal to “[create] a dome around T&T.” The image places the country's coat of arms under a dome, with the words “Government of the Republic of Trinidad and Tobago, Ministry of Dome, Land & Marine Affairs”; shared via WhatsApp and other social media channels.

Trinidad and Tobago's general elections are carded for August 10, and with less than a week to go, electioneering has reached a fever pitch.

Despite the country's rising numbers of COVID-19 cases, it is not uncommon to see political supporters of both major parties — the incumbent People's National Movement (PNM) and the opposition United National Congress (UNC) — gathered around music trucks that parade through neighbourhoods canvassing votes.

While voters may be interested in hearing about candidates’ COVID-19 strategies, no one quite expected the seemingly futuristic proposal, put out by the UNC, of “creating a dome around T&T” to “protect our country from all illegal outsiders and activity.” The idea was put forward in an advertisement detailing the party's COVID-19 response plan.

Widely shared on social media, the ad claimed that the party, if elected, would have said dome “partly operational within 1 month and fully operational in 6 months”: 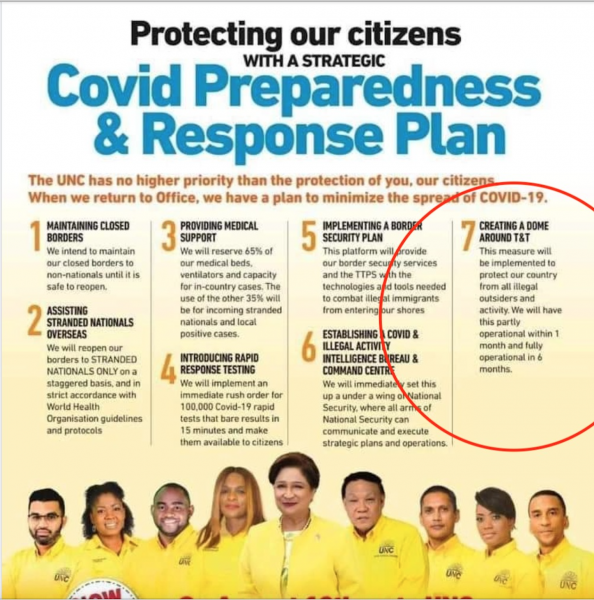 Reaction was swift — and humourous. In short order, a hashtag — #KamlaDome2020 — was trending locally:

Me forgetting we have a dome: pic.twitter.com/DqrKDgfw0T

Several Twitter users poked fun by wondering how exactly the dome would be constructed:

Construction companies trying to figure out how to build the dome #KamlaDome2020 pic.twitter.com/Jzv7DiNQUG

It was only a matter of time before The Simpsons reference got a local spin:

Kamla – have you seen the Simpsons? CMO – Say no more#KamlaDome2020 pic.twitter.com/m141eXahUW

The Dukes of Tobago, Watson and Winston will finally have home field advantage when they lead the troops into Venezuela East/Gulf of Paria West, in the Battle for Helms Deep. #KamlaDome2020 pic.twitter.com/10ooQIMf6b

Meanwhile, one Twitter user kept thinking up scenarios of all the things that could go wrong once the dome was installed:

Rising temperatures were also a consideration:

I’m just hoping the Dome would have some AMAZING A/C yes because the way the sun set up these days; I’ll be unable to can. #Kamladome2020 ???

There were hilarious parallels to US President Donald Trump's proposed border wall with Mexico, prompting one Twitter user to quip:

Who paying for the dome? Venezuela? #kamladome2020

Others had questions — so many questions:

How they gonna try to spin this dome statement? 360° radar coverage? Satellites? An actual done made of drones to watch us all? ? #KamlaDome2020 pic.twitter.com/IFaMBiL1PD

Soon after the UNC realised the dome idea was becoming a national joke, it changed the wording of the ad, and its supporters subsequently claimed that the meaning was misconstrued and that it was really a “radar dome”.

While a handful of Twitter users were prepared to have a serious discussion about the dome idea, the majority just couldn't let it go:

It will forever live on as the #KamlaDome2020 in our hearts https://t.co/XRLsbkLpZ4