Quiet diplomacy fails to achieve the release of the academic 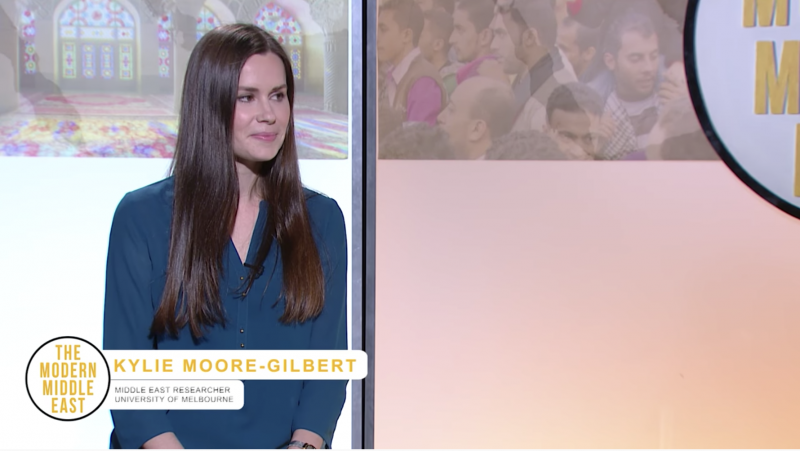 The transfer of University of Melbourne academic Kylie Moore-Gilbert to Iran’s notorious Qarchak prison in Tehran has focused worldwide attention on her plight.

Qarchak has been infamous for its health and security conditions. Kylie has become physically sick and mentally depressed. She also faces the real possibility of contracting COVID-19.

Kylie is a dual citizen of Australia and the United Kingdom who was sentenced in 2018 to ten years imprisonment for alleged espionage. Her incarceration was kept a virtual secret for a year as part of the Australian government’s quiet diplomacy strategy. Some of her colleagues have lost patience with this approach and have launched a petition calling on the Australian government and her university to undertake an active public campaign.

Iranian American Jason Rezaian, who was released in January 2016 in an apparent diplomatic deal after fifteen months imprisonment on espionage charges, tweeted:

Whatever the governments of #Australia and the #UK are doing to free their citizen, Kylie Moore-Gilbert from prison in #Iran, it’s failing miserably. This innocent woman should be free. Few foreign nationals held hostage in Iran have been treated so badly. https://t.co/pBlA1BlJen

Moore-Gilbert maintains her innocence but claims that Iranian intelligence tried to recruit her in exchange for her freedom.

Radio Zamaneh, part of a Farsi language media organisation which ‘supports the efforts of human rights activists and civil society in Iran’, is closely following the case:

Azadeh Dawachi, a researcher at Deakin University in Melbourne and a friend and colleague of Kylie Moore-Gilbert, told Zamaneh that she was a very calm person and that the accusations against her were unbelievable to those who knew her intimately.

… She was a researcher in the field of Islamology and a lecturer in Islamic studies at the University of Melbourne. Her field of research was about the Bahraini Shiites and the movements that exist in the region. She speaks Arabic fluently and also traveled to Iran a few years ago to research Shiites and Islam. She returned without any problems.

Another friend and colleague, Jessie Moritz, called for more action and less secrecy in a post on The Conversation:

I have been keeping silent in the hopes a quiet diplomatic approach would secure her freedom.
But it is hard to overstate how horrific this week’s development is. Australia needs to do more.

We welcome the news that the Australian Ambassador Lyndall Sachs will visit Kylie, hopefully tomorrow. We understand that negotiations for her release may take time, but there are some non-negotiable demands that the Australian government must make TODAY. 1/ #KylieIsUs

Chinese American Xuyie Wang, another who was released in 2019 in a prisoner swap after three years imprisonment in Iran, spoke to ABC’s Radio National Breakfast program. He sees Kylie as a “political hostage” held in order to make a deal such as a swap. He argues that “as much public attention as possible” is necessary in these cases.

Reza Khandan, human rights activist and husband of Nasrin Sotoudeh who was imprisoned for defending human rights in Iran, shared in his Facebook that Kylie “was transferred as an act of punishment”. He writes that during a call from prison she described conditions as very bad. “I can not eat anything … I do not know … I am very disappointed … I am very … depressed …”.

Khandan adds that in the quarantine of Qarchak prison, prisoners are kept for all kinds of reasons, including murder, drugs, and financial crimes. There is also a significant number of COVID-19 patients in the prison’s quarantine section.

The Modern Middle East, a current affairs television series, interviewed Kylie in October 2017. With considerable understatement, her reflection on her pre-Arab Spring travels in the region has extra significance in hindsight: “The Middle East was a little bit more stable than it is today.”