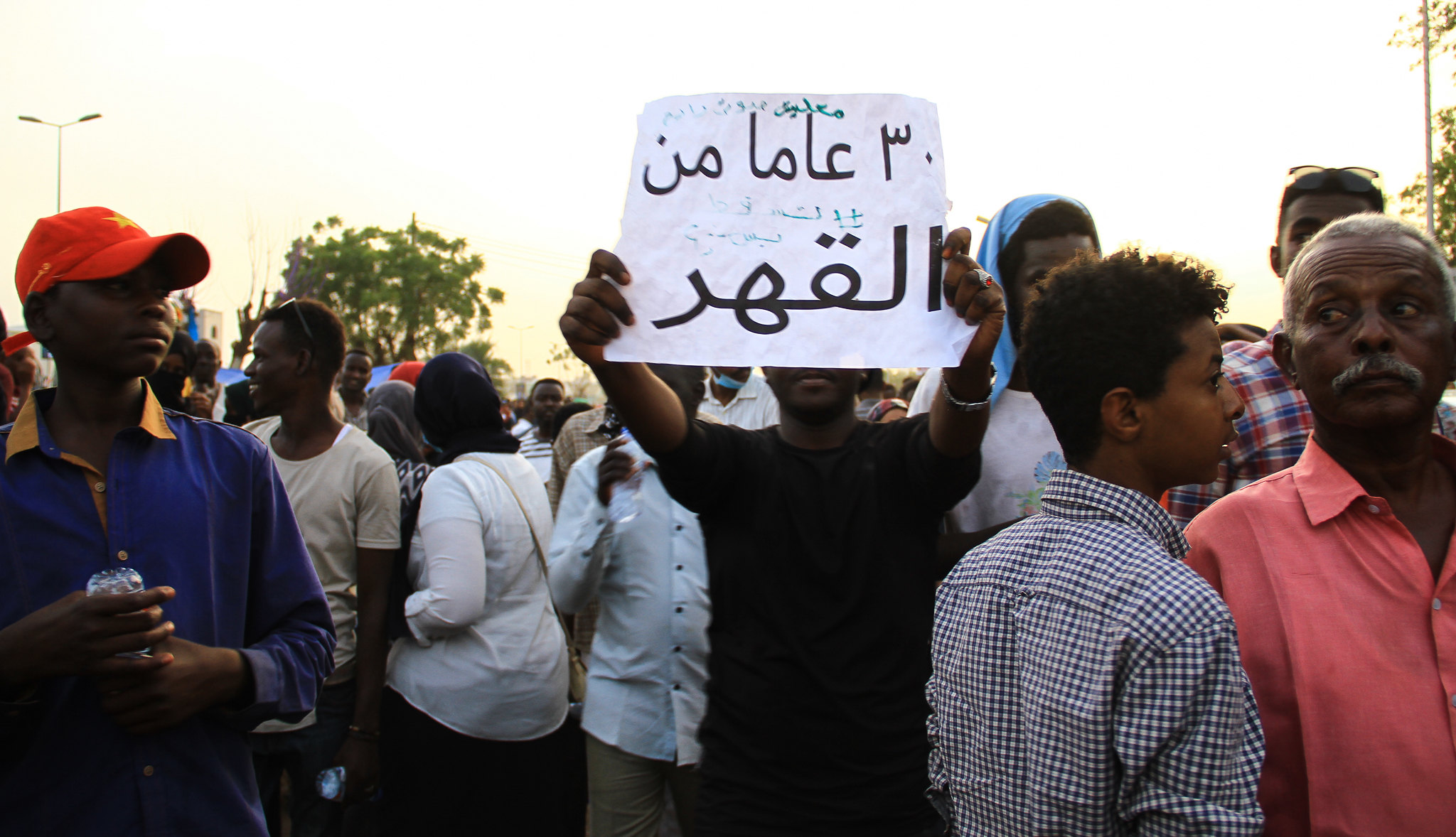 In April 2019, the Sudanese people deposed military dictator Omar al-Bashir, who had ruled the country for 30 years. However, as in many cases when there are major shifts in history, part of the old regime—in this case, the Rapid Support Forces (RSF)—remained.

The Rapid Support Forces is a rebranded name for the “Janjaweed militia,” notorious for the crimes it committed against civilians in Darfur. International rights organizations have published several reports documenting these crimes, including “Men With No Mercy,” by Human Rights Watch (HRW).

The RSF militia, born and nurtured inside the ousted regime for many years, is still active in the political scene in the region. It also maintains an active presence on Facebook.

Most recently, the militia was involved in using children as soldiers in the Yemen war. Its leader, Mohamed Hamdan Dagalo (better known as Hemeti), is on the “partial list of individuals who should be investigated by the ICC.”

However, Hemeti is not only free in Sudan, but he is also playing a role in state governance. He serves as the deputy chairman of the Sovereignty Council, sworn in last year as part of a power-sharing agreement to guide Sudan’s three-year transition toward civilian rule.

Following the fall of al-Bashir, the RSF was accused of orchestrating and executing a brutal crackdown on June 3, 2019, against protesters gathered at a sit-in that demanded an end to military rule. Dozens of protesters were raped, and hundreds of peaceful protestors killed, with some corpses thrown into the Nile River.

In the aftermath of the crackdown — later referred to as the “Khartoum massacre”— independent international human rights groups, such as Human Rights Watch and Amnesty International published reports detailing evidence that pointed to a series of violations by the RSF militia.

Days after the dispersal of the people taking part in the sit-in, an Egyptian company called New Waves launched an influential campaign on social media—including on the Facebook-owned platforms Facebook and Instagram— aimed at presenting and marketing a good image for the RSF militia and its leaders.

Despite the harrowing violations, the RSF maintains a presence on Facebook, which has been its main platform for spreading messages and gain legitimacy to manipulate the public. The RSF leader’s verified page and the official page of the militia are both still active, posting content about the militia’s activities and speeches by its leaders. There are also many other unofficial pages supporting Hemeti. The platform maintains that it did not remove the pages because Hemeti is a state actor, even though it did remove the accounts of state officials in the past, including that of a top general in Myanmar.

For more than a year, I have been coordinating a project that aims to remove the RSF militia content from the internet. More than 20,000 Sudanese people have so far signed an online petition requesting Facebook to remove the pages. The comments section of the petition says a lot about people’s anger against the idea of giving space to the militia on such a prominent platform.

Facebook Community standards clearly state that they “do not allow any organizations or individuals that proclaim a violent mission or are engaged in violence to have a presence on Facebook.” The standard defines violence as “mass murder (including attempts) or multiple murder” and “organized violence or criminal activity.”

Because of its past violations, and war crimes documented by human rights groups and the UN, I see few cases that better fit the previous description than that of the RSF militia. It is also obvious to many that the long-term interest of the RSF militia is to destabilize the Middle East, acting at the behest of those who pay them to continue recruiting soldiers, including children, for wars elsewhere in the region.

The launch of the Facebook Oversight Board, which will start operating later this year, will give our campaign a mechanism to appeal the social networking giant’s decision not to remove RSF militia pages and content. The board will have the power to overrule Facebook on moderation decisions relating to contentious content. Once this process is open, we plan to appeal to the board, and as a corollary, I call on it to adhere to the community standards and remove the militia from the platform.