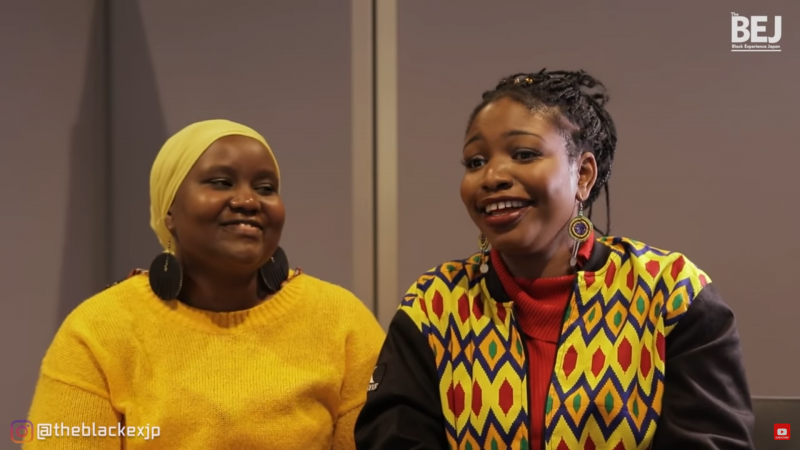 Launched in 2017 by Laranzo “Ranzo” Dacres, a Jamaican living in Japan, The Black Experience Japan interviews people from a wide variety of backgrounds, from a man who “found exactly what he needed in Japan” to Tsietsi Monare, a meteorologist and weather anchor for NHK, Japan's national broadcaster.

In this clip taken from one of our MFiles episodes, Tsietsi, a South African Meteorologist and Weatherman at NHK World Japan, shares his journey from South Africa to the Japanese news channel, with us.

The website and YouTube channel got its start in 2017 following the launch of Ranzo's documentary “The Truth About Being Black in Japan“, in which he answers common questions he gets asked as he goes about daily life in Japan.

From that start, The Black Experience Japan continues on with a singular mission:

We still have a burning desire to share a plethora of experiences (and all things black in Japan) in an effort to paint a more accurate picture of life in Japan for the black individual.

The Black Experience Japan website also includes live podcast broadcasts, forums where members can share travel advice or generally discuss life in Japan, and a link to a mobile app with a directory of Black-owned businesses across Asia.

In this video, Fukuoka residents Ruth, from Kenya, and Grace, from Tanzania, talk about how they arrived in Japan, what it is like to work at a traditional Japanese-style pub or izakaya, mastering the Japanese language at a high level, and how Japan shows “there's life beyond a white-supremacy narrative.”