Chris Patten: It is an outrageous political purge 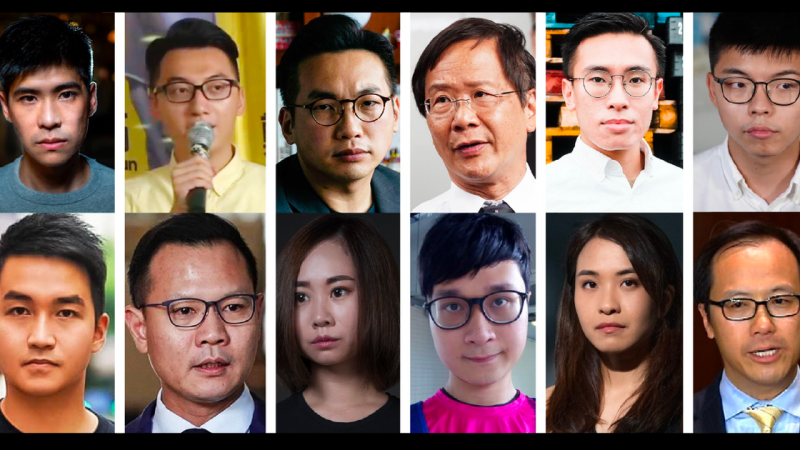 The 12 pro-democracy candidates barred from running in the LegCo election. Image from the Stand News, used with permission

The political spectrum of those 12 candidates ranges from localists like Joshua Wong and Lester Shum, who advocate for political autonomy, to moderate pro-democracy figures like Alvin Yeung and Kenneth Leung from the Civil Party that advocates for human rights and rule of law.

The Hong Kong government said in a press statement that the returning officers’ disqualification decision has its full support. It said candidates who advocate self-determination, support foreign intervention, oppose in principle the enactment of the national security in Hong Kong “could not genuinely” uphold the Basic Law, Hong Kong's de facto mini constitution.

According to article 104 of that legal document, members of the Legislative Council must swear to uphold the Basic Law and swear allegiance to Hong Kong Special Administrative Region. Starting from 2016, the Hong Kong government has used this article to disqualify elected lawmakers for their “disingenuous” oath-taking. Since then, returning officers have been empowered to screen the candidates by reviewing their public speech.

The government stressed that it could not “rule out the possibility that more nominations would be invalidated” in the next few days.

Beijing’s Liaison Office, which represents the government of the People's Republic of China in the special administrative region of Hong Kong, issued a similar statement but added that those who stated they would indiscriminately veto the government’s budget and bills upon election would also fall in the disqualification row.

Two weeks ago, more than 610,000 Hongkongers participated in the primary election of the pro-democracy camp to decide on a list of 30 candidates running for the upcoming LegCo elections. The objective is to win a majority of seats in the legislative body.

Chris Patten, the last governor of Hong Kong under the British colonial rule, described the disqualification as “an outrageous political purge”:

The National Security law is being used to disenfranchise the majority of Hong Kong’s citizens […]It is obviously now illegal to believe in democracy… This is the sort of behaviour that you would expect in a police state.

Currently four of the Civic Party candidates have received a disqualification notice. Alan Leong, Chair of the Party anticipated that all six of his party candidates would be disqualified, as the letters of the returning officers were almost exactly the same and hence could not be the outcome of an independent review process.

Beijing shows a total disregard for the will of Hongkongers, tramples upon the city’s last pillar of vanishing autonomy and attempts to keep HK’s legislature under its firm grip.

Another disqualified candidate affiliated with the localists, Tiffany Yuen said on Twitter:

I am alone, but not lonely.

You can bar me, the 12 of us, or even more tomorrow, but you can't stop the Movement. pic.twitter.com/iyfHZBnDjm

12 pro-democracy legislative council candidates are disqualified TODAY. MORE to come tmr. Most of the candidates from the camp are expected to be barred. The govt is constructing a CCP assembly in Legco to eliminate most of the opposition voice. Outrageous. #HONGKONG

It is clear they have been disqualified because of their political views, undermining the integrity of One Country, Two Systems and the rights and freedoms guaranteed in the Joint Declaration and Hong Kong’s Basic Law.

The actions of the Hong Kong government to disqualify 12 pro-democracy candidates from running in the Legislative Council election, including Joshua Wong and Lester Shum, strips the Hong Kong people of their voice and secures Beijing’s control of the city. The Chinese Communist Party’s determination to remake the city in its image is an outrage and a tragedy for those who support the cause of freedom. The U.S. and the international community must respond to these assaults by the CCP and assist Hong Kongers who will need protection from political persecution.