Evidence for the arrest was based on social media content 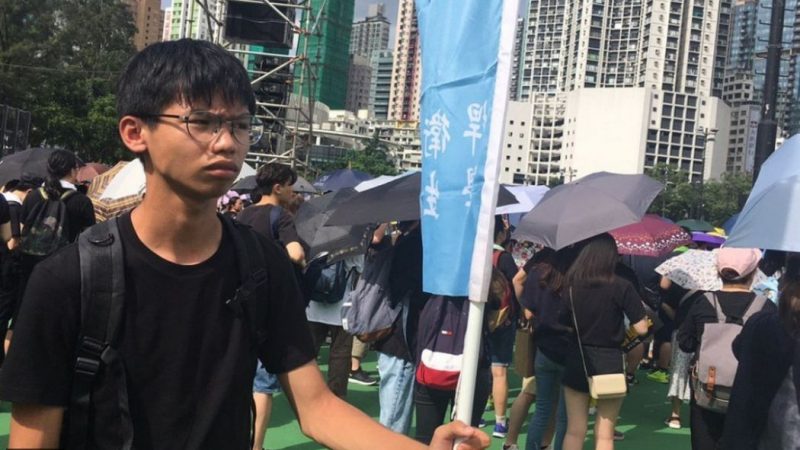 The original version of this post was published on the Hong Kong Free Press on July 29 2020. The following edited version is published on Global Voices according to a content partnership agreement.

Hong Kong's newly established National Security Police Unit has arrested four youngsters aged between 16 to 21 on suspicion of inciting secession under the new National Security Law enacted on July 1. The evidence leading to their arrest was based on the content of related social media accounts.

The pro-independence group declared in a statement that it had disbanded and dismissed of all its Hong Kong members with immediate effect on June 30, one day before the National Security Law was enacted in Hong Kong.

However, Studentlocalism claimed that its members abroad would set up overseas branches in Taiwan, Australia and the United States.

This is huge: Tony Chung of Studentlocalism was arrested by national security officers for inciting secession, his group says. Previous NSL arrests were made during protests. This could be the first arrest made following police’s investigation. He is 19. pic.twitter.com/hWb6vPs4Id

Last month, Beijing enacted laws to prevent, stop and punish behaviour in Hong Kong that it deems a threat to national security. The legislation was inserted into the city’s mini-constitution, bypassing the local legislature and giving police sweeping new powers.

Senior superintendent of the National Security department of the police force Steve Li told the press that three males and one female aged 16 to 21 had been arrested. He also stated the arrests were based on the nature of the content of some social media accounts that are affiliated to Studentlocalism. The related posts suggested they would use all means to establish a Republic of Hong Kong, and unite all pro-independence political groups.

Li cited Article 21 of the security law as stating that making statements that promote secession would constitute incitement, and it is not necessary to assess if someone was actually motivated by such content. Li said that:

Our sources and investigation show that the group recently announced on social media they would set up an organisation that advocates Hong Kong independence.

He stressed the content was posted after the security law was enacted, though he did not state specifically which group or posts were involved. Exiled Hong Kong activist Nathan Law expressed his outrage:

So students are arrested because of a SOCIAL MEDIA POST. Bloody hell. How vulnerable a country is to be afraid of a post by a group of teenagers. https://t.co/8FqN4YBThK

Secession is defined in Article 20 of the security law in the following terms: “to participate, plan or implement… acts of secession… whether or not force or the threat of force is used.” The maximum penalty is life behind bars.

On July 17 a group called “Studentlocalism US Division” announced its establishment on social media with a membership recruitment form.

Please continue reading by either clicking through the pictures above, or head to our Facebook page for the entire article.

Tony Chung was previously arrested in 2019 after he allegedly snatched a Chinese national flag from its pole.