It's been 30 years since the attempted coup in Trinidad & Tobago

"There is nothing to apologize for" 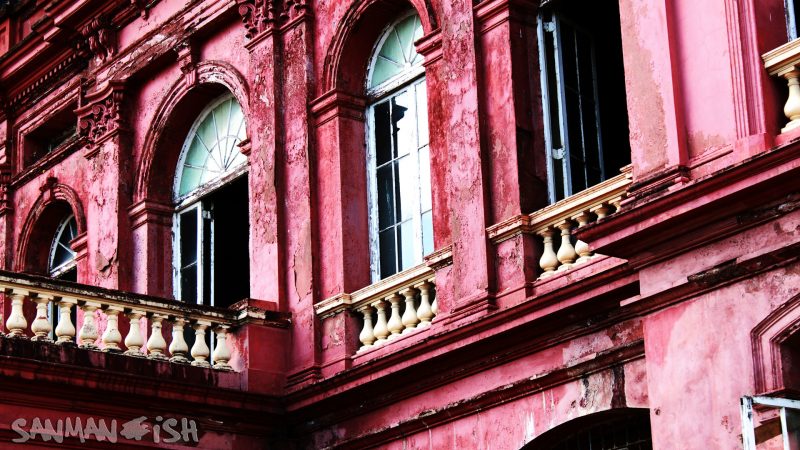 A section of the Red House, which was the seat of parliament of Trinidad and Tobago in 1990, when a group of insurgents stormed the building as part of an an attempted coup d'etat. Photo by (ha)SanMan_ish on Flickr, CC BY-NC 2.0.

The group held then prime minister A.N.R. Robinson and other government ministers hostage over the next six days.

It also simultaneously infiltrated police headquarters in the capital, Port of Spain, as well as the country's state-owned television station, where its leader, Yasin Abu Bakr, took control of that evening's news broadcast to announce that the government had been overthrown, the prime minister and members of the Cabinet placed under arrest, and the “revolutionary forces” had been “commanded to control the streets”.

A state of emergency

During the siege, 24 people lost their lives, and many more were injured. The country was placed under a state of emergency and by the end of the insurrection, much of the capital had been destroyed. The police headquarters had been bombed and engulfed by fire, and many businesses had been looted and damaged.

The Jamaat finally agreed to surrender, in exchange for an amnesty agreement that resulted in the group never being prosecuted.

For an energy-based small island economy just struggling to emerge from years of declining petroleum production and plummeting oil prices, it was a huge fiscal blow. The government of the day, the National Alliance for Reconstruction (NAR), paid dearly. Although the NAR survived the coup—in the sense that it emerged from it still in control of the country—the party lost the general elections the following year, securing only two of 41 parliamentary seats.

On September 7, 2010, more than 20 years after the insurrection, a Commission of Inquiry was launched. Yasin Abu Bakr initially said he welcomed the opportunity to tell the Jamaat's side of the story, but then became uncooperative and failed to appear before the committee.

A report was nevertheless produced, with the understanding that the absence of the chief witness compromised its comprehensiveness. The report was laid in parliament in 2014, but it is unclear if or to what degree the recommendations put forward by the commission, including financial compensation for the hostages and the families of those killed, were ever implemented.

‘I did nothing wrong’

On the eve of the 30th anniversary of the coup attempt, the Jamaat Al Muslimeen's Facebook page posted an update in which Bakr clarified statements that he had made ten days prior that had been largely, if incorrectly, interpreted as a public apology for the events of 1990:

I humbly expressed my remourse [sic] for those who lost loved ones during the 1990 Revolution. I do not and did not apologize for risking my life and the lives of 113 others in order to remove the unpopular, oppressive, NAR Government which did many wrongs […]

I did not apologize because I did nothing wrong. There is nothing to apologize for.

The Facebook update alleged that “approximately 18 out of the 24 people who died during the coup were killed while looting”, and that it was “never established who shot those individuals [in parliament].”

It reiterated the fact that “the Privy council upheld our Amnesty and released us from prison,” and that the Jamaat Al Muslimeen organisation had been consistently demonised, including by the media's narrative of the attempted coup.

A subsequent Facebook update, which accused two successive governments of “[having] help from the Jamaat Al Muslimeen” to win elections, asked:

Who did we terrorize in 1990? We Terrorized the terrorist politicians who were guilty of crimes including the cold calculated Murder of police officer Bernadette James! She accused top officials of drug dealing and was killed in ‘suspicious circumstances.’

July 27 1990 was not terror for the People it was justice against the politicians!

Former parliamentarian and then Minister of Finance Selby Wilson, who was one of the hostages, described the experience as hellish. The Jamaat al Muslimeen has long held that the unsolved killing of police constable Bernadette James in 1987 was not a training mission gone awry, but a hit in retaliation for her having witnessed NAR government officials engaging in illicit activities.

Each year, July 27 brings back strong memories for those impacted by the coup attempt, many of whom shared their thoughts on social media.

The National Trust of Trinidad and Tobago, which promotes and facilitates citizens’ access to their heritage, compiled a blog post of different “voices from 1990.” The testimonies included the wife of a hostage who believes her husband is still affected by the experience and a working mother who said: “I will never forget what I saw. It was like I was in a war zone in the Middle East.”

The then PM's order to ‘attack with full force’ remains, to me, arguably the bravest thing ever uttered by a leader in our country
The fact that an amnesty was the result is still shocking insult to that order and a gross miscarriage of justice
May all who lost their lives and their lives ones find peace

Trinidad and Tobago's president, Paula-Mae Weekes, made a point of remembering the victims on the 30th anniversary of the insurrection. The Office of the President flew flags bearing their names and hailing them as heroes, explaining the decision in an official statement:

Given that an unequivocal apology may never be obtained, we citizens must be the drivers of effecting our own reconciliation. […]

The Commission’s Report included a recommendation for the recognition of July 27 as a day of national significance. It is disappointing to note that there is still no official commemoration of the attempted coup d’état. I suspect that it is this very lack of attention that has us in the shameful position of not being able to name all 24 of our citizens acknowledged to have died as a result of the insurrection.

It is our duty to honour and keep alive the memories of those known to have perished […] Say their names aloud so that they are memorialised.

Photographer Mark Lyndersasy, who was the picture editor at the Trinidad Guardian newspaper at the time, shared his insight in an interview with the Trinidad and Tobago Newsday:

I don't believe the country has been the same since then. And the idea that you can shoot somebody down in the street and get away with it, in my own heartfelt estimation, I think took root then. […]

Up until that moment, there was the sense that the police were in charge. And then after that, it was very clear that it was possible for the police to not be in charge […] But it's a social engagement that we're still very much flirting with. We're not accepting the fact that there are people who live in this country who live a very different life from the people who are even considered marginally privileged, and that's something I think we still have to come to terms with.

The Bocas Lit Fest also hosted an online discussion called “Remembering 1990.” Panellists included authors of books about the coup, journalists, a member of the Commission Inquiry, and artist Muhammad Muwakil, whose father had been one of the revolutionaries.