Sri Lankan wildlife threatened by poaching during the pandemic

"Very soon we will lose everything that belongs to nature" 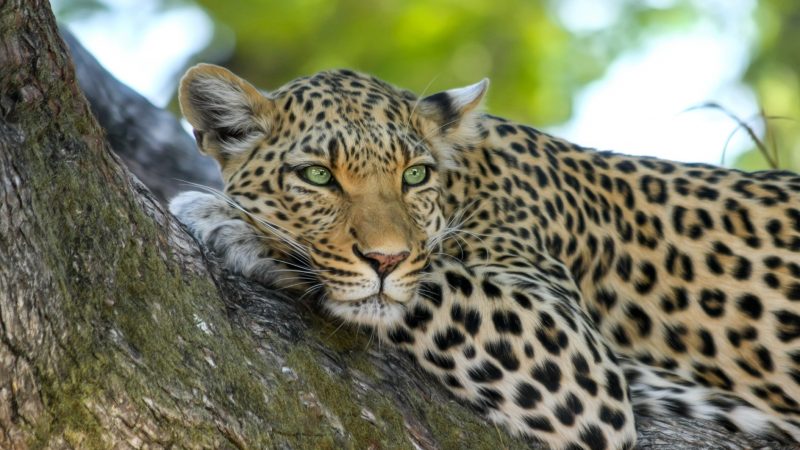 The wildlife diversity in Sri Lanka is remarkable for an island nation measuring just 65,610 km2 (25,330 sq mi). Despite being crucial to the country's tourism industry, animals have long been threatened due to deforestation, loss of natural habitats and poaching. While the country has been successful in controlling the spread of COVID-19 when compared to its South Asian neighbours, it has also seen increased cases of poaching as unemployment continues to rise during the lockdown.

Sri Lanka imposed a nationwide lockdown on 20 March which continued until 29 June. As many as 500,000 people have been left jobless during the pandemic, with the unemployment rate hit a 10-year high.

Initially, the lockdown had a positive impact on wildlife in popular national parks such as Yala, Udawalawe, Minneriya, Kaudulla and Horton Plains, which have long complained about over-visitation. However, as visitors dwindled, these parks became an attractive hunting ground for poachers.

On 22 April, forest ranger Pradeep Bandar was shot dead during an anti-poaching raid in Gal Oya National Park in eastern Sri Lanka. Poaching for bush meat (mostly wild boar, spotted deer, and sambar deer) is fueled by demands from domestic tourists who treat it as an exotic delicacy.

According to environmentalist Nayanaka Ranwella, an estimated 600 wild animals have been killed by poachers per day since the lockdown began. The country’s Department of Wildlife Conservation (DWC) arrested around 40 people in April this year, most of them for poaching.

Hemantha Withanage, an environmental scientist and founder of the Centre for Environmental Justice, noted that in most of these cases, people were not engaged in organized poaching, but were doing so “to find food” or earn money as they did not have any other job to sustain themselves.

One of the most insidious impacts of the pandemic on wildlife conservation in Sri Lanka has been the rise in poaching during the lockdown, as well as illegal logging and gem mining. Reports in the local media estimate that around 600 wild birds and animals have been killed each day since the beginning of the lockdown. The lack of food security and loss of employment are among the reasons for the rise in poaching. With no one out there to protect it, wildlife is more vulnerable than ever. Poachers are able to move brazenly within national parks and protected sites; spotted deer and porcupines are among the most poached animals.

The Sri Lankan leopard (Panthera pardus kotiya) is an endangered animal with an estimated 700–950 population as of 2015. A number of leopards have also been killed using snares in the past few months.

It's very clear government doesn't give a damn about wildlife, environment or anything. Wildlife ministry and relevant authorities sleeping. There should be serious & severe punishment for the this. Otherwise after few years leopards will extinct in #SriLanka 🇱🇰 🐆 https://t.co/4F7ktKKUCw

Despite this, the situation does not seem poised to change anytime soon. The Department of Wildlife Conservation (DWC) doesn't have enough staff dedicated to tackling illegal activities in protected areas, which span a combined 12% of Sri Lanka’s total land area. Ravindra Attygalla comments on Facebook:

If there were “Proper and caring” persons in the department (DWC), this would not happen. The people who are responsible to protect the nature and habitat haven't taken proper steps. Very soon we will lose everything that belongs to nature.