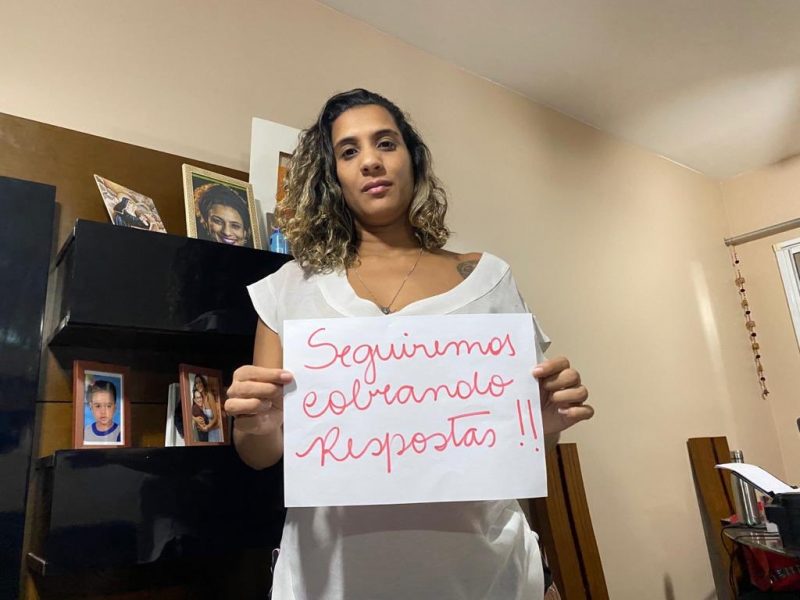 On May 27, Brazil's High Court of Justice (STJ) ruled that the investigation of the murder of Marielle Franco, the Rio de Janeiro city councillor killed in March 2018, would remain in the hands of the state police and not be handed over to the federal authorities.

Marielle's family members and advocates have feared that moving the case to federal level would make it vulnerable to interference by President Jair Bolsonaro, whose family has links with the suspects in the crime.

Marielle was a black, bisexual, favela-born elected city councillor in Rio de Janeiro for the Socialism and Freedom Party (PSOL). On the night of March 14, 2018, the car she was in on her way home was shot 13 times, killing her and her driver Anderson Gomes. Marielle was 38, and Anderson was 39.

Investigation of the murders has been handled by Rio de Janeiro's Civil Police and the State Public Prosecutor's Office since. However, in late 2019, the Attorney General's Office requested Brazil's Federal Police, which is subordinate to the Ministry of Justice, to take over the probe.

The attorney general at that time, Raquel Dodge, alleged that the investigations were likely compromised inside the state sphere given the delay in finding the assailants.

Marielle and Anderson's families immediately opposed the request. The Marielle Franco Institute launched the campaign “Federalização Não!” (“No Federalization!”) and collected 150,000 signatures of support, including from 200 civil society organizations.

The families also sent an open letter to the STJ's justices, which stated:

There are many factual and legal reasons that lead us to believe that federalizing the case is not the path that the institutions of Justice should follow to ensure accountability of all those involved in the barbaric crime that took the lives of our relatives. (…) Contrary to what the PGR [Brazil's Attorney General's Office] claims, the federalization of the case shows itself to be precisely the beginning of the path to impunity for those responsible for committing the crimes.

The STJ eventually denied the federalization of the case. The Institute Marielle Franco celebrated the decision on Twitter:

VICTORY! By 5 to 0 in the STJ the federalization of the Marielle and Anderson case was DENIED! Over 150,000 people and over 200 civil society organizations signed against the federalization, and we flooded social media with the hashtag #NoFederalization
We can't thank you enough for your support!

Anielle, the institute's president, spoke with Global Voices on WhatsApp in June. She said:

It was a victory not only for the family, but for all the 154,000 comrades who signed [to support] this mobilization by civil society against the federalization. (…) This vote was unanimous and important amid such chaos, such interference and such pain.

We hope that the investigations will progress finally. We hope we don't have to wait another two years to find out who ordered my sister's murder. Maybe one day we'll have this case solved.

In the year following Marielle and Anderson's murders, investigations made little progress. Between March and August, police discovered links between the killers and a group of militia members known as the “crime bureau“; in Rio de Janeiro, what is commonly called “militias” are paramilitary groups comprised of off-duty police officers linked to organized crime.

In January 2019, an operation by the Prosecutor's Office found that President Jair Bolsonaro's son, Senator Flavio Bolsonaro, employed in his office the mother and the wife of one of the “crime bureau” leaders, the former police officer Adriano da Nóbrega.

In March, two other names associated with the “bureau”, Ronnie Lessa and Élcio Vieira de Queiroz, were arrested for the murders. According to the police, Lessa shot Marielle while the former police officer Queiroz drove the car that pursued the councillor's vehicle. Authorities still don't know who ordered the murder.

Ronnie Lessa lived in the same residence compound as President Jair Bolsonaro, in a wealthy area of Rio de Janeiro. A doorman initially told the police that Queiroz was allowed to enter the compound on March 14, 2018, hours before the murders, by somebody in the house belonging to Jair Bolsonaro, who at that time was a federal deputy.

Days later, the doorman changed his version of events to the police, declaring in a statement that he had mistaken the number of the house.

Bolsonaro then accused Rio de Janeiro’s governor, Wilson Witzel, of manipulating the investigation to try to destroy his reputation. Witzel denied the accusations and said he would sue Bolsonaro for them.

Before the High Court of Justice's decision, Bolsonaro exchanged messages with the then Justice Minister Sergio Moro saying that he wanted more control over the Superintendence of Rio de Janeiro’s Federal Police. In a meeting with his ministers on April 22, the Brazilian president was filmed saying:

Moro resigned from the government shortly thereafter. He said that what triggered his resignation was Bolsonaro's demand to sack the director-general of the Federal Police, Marcelo Valeixo, a Moro ally.

After Moro resigned, the president replaced Valeixo with Alexandre Ramagem, but the appointment was soon afterwards blocked by Brazil's Supreme Court. Justice Alexandre de Moraes found that Ramagem had too many personal ties to the president's family — photos of him with Bolsonaro's sons on New Year's Eve had been shared on social media. Bolsonaro then nominated somebody linked to Ramagem, Rolando Alexandre de Souza.

One of the first things Souza did in his new role was to replace the superintendent of Rio de Janeiro's Federal Police.

Regarding the federalization of the Marielle case, the Attorney General's Office can still appeal the decision of the High Court of Justice to the Federal Supreme Court, the highest court in Brazil.