COVID-19 in Europe: The price of being rich 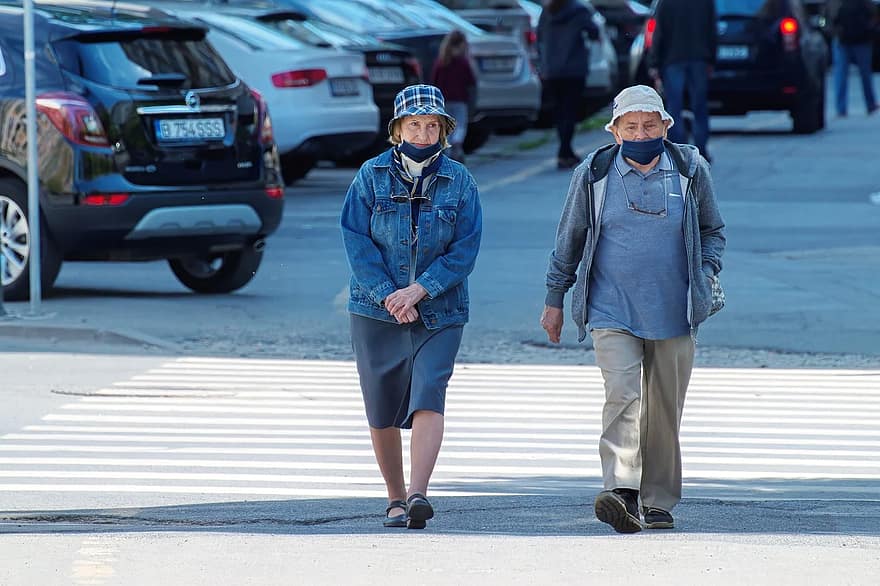 In most of the Western media, the focus on the COVID-19 attack has concerned government policies, their character, efficacy, and extent—as well as their economic cost. Debates on lockdown, face masks, social distancing and the tragedies within care homes and among migrant workers have dominated the discussions, and few steady, general conclusions have been drawn—some governments do better than others; Germany appears to be a star in Europe; East Asian nations seem to deviate from most generalisations, and so on.

In this piece, I’ll make a brief attempt to unfold an underlying factor generating a neglected trend that seems to offer a far better explanation than observed differences in government policies for the varying experiences of nations. For European nations, our argument measures the price of being rich in a world dominated by COVID-19.

The eight richest nations of Europe, each with populations over 10 million, have now in total registered over 1.4 million COVID-19 cases since the European inception of the virus in France on January 24. This total of 363 million people has suffered (as of July 13) an average of 4,442 cases per million and 520 deaths per million. This compares with the world average today of 1,682 cases per million and 73 deaths per million. Rich nations suffer far worse than the rest of the world; for instance, the huge Asian portion of the world, incorporating 2.8 billion in India and China alone, has registered 3 million COVID-19 cases, compared to 2.6 million cases in a European population of some 740 million.

This is a huge divergence of experience at the present stage of the pandemic, and it runs counter to the common sense that would presume that the huge resources of rich nations would dampen the effects of COVID-19, particularly its mortality rates, compared to the poorer nations of the global south. The possible explanations are very wide-ranging, but none have the dramatic impact of the demographic effects of varying income levels. The rest of this column demonstrates this through the use of the data from our eight rich nations.

It is well known that COVID-19 has a very particular demographic characteristic. The virus generally is harmless to the young, infects the middle age groups, and both infects and frequently kills those of the population over 65. We do not know the exact age demarcations, which will require future post-mortem epidemiology. There is some evidence that those even aged up to 20 or so may generally be immune to the virus, but also that those over 60 may be especially vulnerable, not only to infection—they are by far the ones most likely to die from the virus directly or from complications resulting from pre-existing immune deficiency.

As wealthy nations with high per capita incomes, the eight nations of our sample have long ago passed a demographic transition in which the number of young people falls as a proportion of the population, just as the proportion of the elderly rises. There are many reasons for this historically, but principal among them is the substitution of high incomes and greater consumption for having children, who in times of poverty would have worked to earn income or act as familial insurance for poor families whose main breadwinner became unable to work. Again, higher incomes, better nourishment and medicines meant that people lived far longer than before. In short, in our world today, rich nations have few children and many old folk, poor nations have many children and few old folks.

The extent of this difference is startling. For our eight rich European nations the proportion in their combined populations of those aged 0-14 averages at 16 per cent, the proportion of those 65 and over is 19.9 per cent. We may compare this with two large low-income groups: 16 nations with an average purchasing power parity per capita income of US$ 8,500 defined by the World Bank as “lower-income”, and a group of 29 nations with an average per capita income of US$ 2,500, defined as “low income.” For the first group, the proportion of the aged 0-14 is 32.9 per cent, the proportion of those over 65 years is 6.7 per cent. Today they register COVID-19 statistics since the inception of the disease of only 523 per million, compared to the 4,442 of Europe; and 28 deaths per million compared to Europe's 520. Compared to rich Europe, poorer nations have larger numbers of young people and lower numbers of the old and they have much less severe effects from COVID-19.

For the poorest group of 29 nations, the effect of age differences is staggering. With a very large proportion of young people (43.8 per cent of the total population), and a much smaller proportion of aged folk (3.1 per cent), their present cases per million figure stands at only 165, their deaths per million at 3.78. In summary, the 1.2 billion people of the 29 lowest income nations of our world face a present risk of infection that is 165/4,442, that is, around 4 per cent that of our eight European nations. In terms of mortality, with deaths per million averaging at 520 among our rich Europeans, and at 3.78 amongst our poorest 29 nations, the risk of death for the poorest lies at around 1 per cent that of the richest.

Even if everyone East of Suez is fudging their figures; even if all governments that are not European liberal democracies are either completely inefficient at data collection or command the absolute obedience of their population in conforming to a package of ideal policies; and even if the present state of things will alter as the virus rages on over our earth, it seems that there is presently a cost to being rich in a COVID world. The cost arises with this virus especially, because higher incomes mean fewer children and more elderly people, and this age distribution runs smack into the face of an overwhelming force of nature.

Within an income group such as rich Europe or poor Africa, policy may make some real difference—thus the cases of Germany or East Asia, which seem to be beating the trend. Both have high incomes and the age distributions of rich nations, and both have have better COVID-19 outcomes. But we must also then admit that apart from policy, there are also immutable differences in borders, population density, and air pollution levels, and degrees of connectivity between nations, and these may well create some meaningful variations within income groups of nations.

But none of this alters the basic case that rich European nations have the highest incidence and mortality from COVID-19 while having massive social and physical infrastructures. In whatever way they may have used or misused such advantages in their policies, the results cannot presently match those of the poorer part of the world. It seems clear that in a COVID-19 world a global division is occurring that is principally based upon income and age structures.

Professor Ian Inkster is a global historian and political economist at SOAS, University of London, who has taught and researched at universities in Britain, Australia, Taiwan and Japan. He is the author of 13 books on Asian and global dynamics with a particular focus on industrial and technological development, and the editor of History of Technology since 2000. Forthcoming books are Distraction Capitalism: The World Since 1971, and Invasive Technology and Indigenous Frontiers. Case Studies of Accelerated Change in History, with David Pretel. Follow him on Twitter at @inksterian.