Jamaica wakes up to the plight of prisoners with mental illness 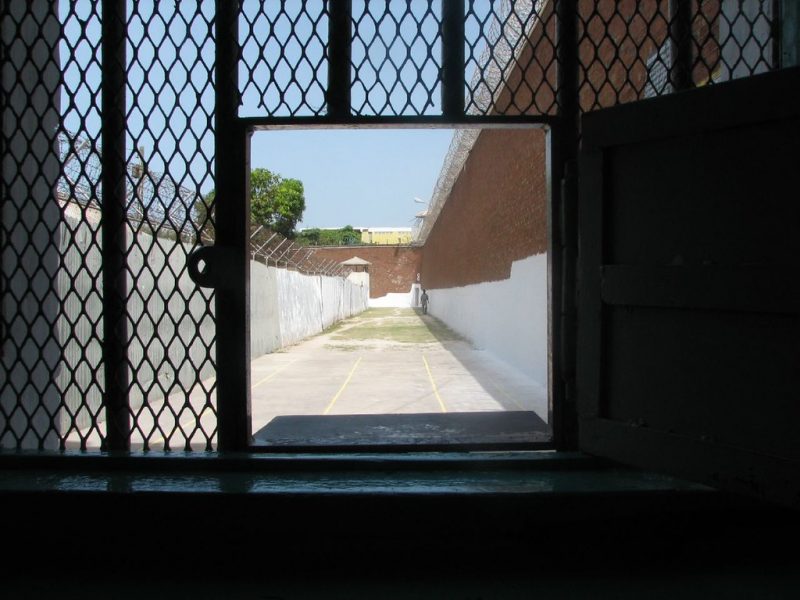 View from the entrance area of Tower Street Prison in Kingston, Jamaica, between the first and second walls. Photo by Christina Xu on Flickr, CC BY-SA 2.0.

This is the first instalment of a two-part series on the stark realities of the Jamaican penal system, especially as it relates to people suffering from mental health issues.

When octogenarian Noel Chambers died at Kingston’s Tower Street Correctional Facility on January 24, he had been languishing in Jamaica's prison system for 40 years without being tried. First incarcerated on February 4, 1980, his last court appearance was on April 2 that same year, having been detained “at the governor general’s pleasure,” after being deemed unfit to plead to a murder charge.

In such cases, suspects — including minors who have allegedly committed serious offences — can be imprisoned indefinitely until a court decides it is safe to release them. According to reports, Chambers was convicted, deemed unfit to plead, then imprisoned — although a specific sentence was not handed down.

When the Independent Commission of Investigations (INDECOM), which examines abuses of human rights by the country's security forces, revealed details of its quarterly report, titled “Detained at Pleasure: Institutionalized Human Rights Breaches,” at a June 3 press briefing, Jamaicans reacted with horror and disbelief.

The report focused both on persons found unfit to plead, as well as those found guilty of an offence but deemed to be suffering from a mental illness. The photos of Chambers’ body, which were published in the report with the permission of his family, were particularly shocking:

At the time of his death he was in a deplorable physical condition. His clothing was filthy and his body showed evidence of chronic emaciation. He was covered with what appeared to be vermin bites, live bedbugs (“chink”), and he showed signs of having bed sores.

Chambers’ post-mortem listed his cause of death as an acute kidney infection.

An obligation to review

INDECOM has made it clear that the state has an obligation to regularly review such cases. It also noted that Commissioner of Corrections Lt. Col. Gary Rowe, when asked, could not produce any of the required monthly reports; in a letter to INDECOM dated April 2, he promised to try and locate them. It is not clear yet whether they have been found.

With Chambers, a lack of hygiene and “timely and adequate” medical attention, combined with his indefinite detention, “highlight serious breaches of his constitutional rights, the Criminal Justice (Administration) Act, and the Correctional Institution Rules,” according to the report. An inspection in March had described conditions in the section for the mentally ill at the Tower Street prison as “less than desirable.” Chambers was described as sharing a “vermin-infested cell” with three others.

In its list of recommendations, INDECOM suggested that prosecutors should review all such cases and that systems should be put in place to ensure their “timely review” in the future. It also recommended the establishment of a well-staffed forensic psychiatric ward for those deemed unfit to plead.

Chambers was not an exception

In researching other cases, INDECOM pointed out that Chambers’ situation was not an isolated one. It cited nine other cases of mentally ill prisoners “detained at pleasure,” who have been behind bars awaiting trial for between 19 and 49 years. All these cases exceeded the maximum sentences for their alleged crimes.

In addition, Jamaica's Department of Correctional Services reported 146 such cases at three different prisons. At least 15 of the inmates in question have been incarcerated for more than 30 years.

One young Jamaican, in reacting to the revelations, demanded immediate action:

Unnu read sey 7 Jamaican men have been imprisoned without trial for between 40-49 years? That means right now we have men imprisoned longer than #NoelChambers? And nobody nuh shame? Nobody nah sey not another night? Mr Chief Justice? Mr Justice Minister? Madam AG? Mr PM? pic.twitter.com/v4gsj2EGBS

Have you all read that 7 Jamaican men have been imprisoned without trial for between 40-49 years? That means right now we have men imprisoned longer than #NoelChambers? And nobody's ashamed? Nobody's saying they shouldn't be held, for not even one more night? Mr Chief Justice? Mr Justice Minister? Madam Attorney General? Mr Prime Minister?

The horrific case of Noel Chambers, jailed for life (41 years in his case) without a trial, should never happen. An inquiry must be held and come to one of two outcomes: either an individual was negligent and is held accountable or it was a systemic failure and reforms announced. pic.twitter.com/tAi9s5dgqI

Part II of this post will address the encouraging developments that have been taking place since Noel Chambers’ death was brought to public attention.