"The constitution of Pakistan provides equal rights to all citizens" 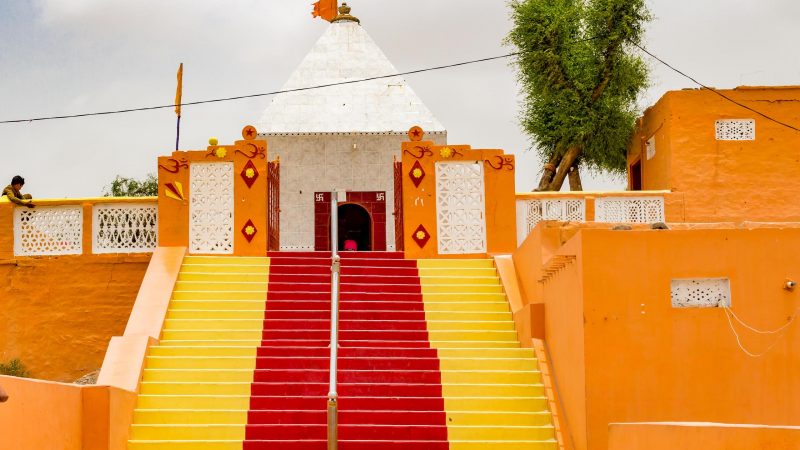 On 24 June, Pakistan's Parliamentary Secretary on Human Rights Lal Chand Malhi performed the groundbreaking ceremony for construction of the first Hindu temple in Islamabad. However, as soon as the construction of the boundary walls commenced, it was vandalized by Islamists and petitions were filed against the temple by a group of religious clerics.

Of the estimated 221 million people living in Pakistan, over over 96% are Muslim and around 1.85% are Hindu — although the Pakistan Hindu Council claims the last number to be much higher.

According to the Evacuee Trust Property Board of the Government of Pakistan, there are approximately 1,300 temples in the country with only 30 considered currently functional. The construction of this new temple is meant to provide the nearly 3000 members of the Hindu community in Islamabad a place for their religious ceremonies, marriages, last rites and cremation.

In late June, Pakistani Prime Minister Imran Khan approved a 100 million rupee (US$ 598,000) grant for construction of the Shri Krishna Mandir temple. The decision to build the temple in Islamabad faced severe backlash. Punjab Assembly Speaker Chaudhry Pervaiz Elahi opposed the decision despite being a coalition partner in the government. Jamia Ashrafia, a leading religious educational institution in Lahore, released a statement calling the construction un-Islamic and issuing a fatwa (religious decree) against it. Mufti Muhammad Taqi Usmani, an expert in Islamic jurisprudence, added that the issue was not the construction of the building but who was paying for it.

The Capital Development Authority (CDA) of Islamabad had stopped the construction on July 4, 2020 citing reasons that design should be approved as per the building plan. In the meantime, a group of Islamic fundamentalists vandalized the temple's boundary walls, chanted religious slogans and recited Azan (the call to prayer) on the temple grounds.

The boundary wall of the Temple was destroyed and now a man is saying the Azan on the site.
This has nothing to do with the excuses of taxes, etc. This is bigotry towards Hindus.

Give others what you ask for yourself!

The Islamabad High Court dismissed the petitions made by a group of Muslim clerics and referred the matter to the Council of Islamic Ideology (CII), a constitutional body formed in 1962 to guide the state on how to run the country in accordance with the injunctions of the Holy Quran and Sharia. When the State requires legal advice on Islamic issues they refer to the CII.

The Ministry of Religious Affairs (MORA) also sought the CII's advice on the allocation of funds from Muslim taxpayers money, for construction of the temple. CII Chairman Qibla Ayaz has acknowledged the receipt of the ministry’s letter and he forwarded it to the council’s research department to formulate an opinion. The construction of the temple can only begin if the CII gives a favourable decision.

Support for the construction of the temple

Noor ul Haq Qadri with the Ministry of Religious Affairs and Interfaith Harmony tweeted in support of the temple's construction:

Translation: According to Islamic history, education and constitution of Pakistan all minorities are free to worship and the state would protect them. PM Imran Khan will not treat them like India has been doing so with the minorities.

In an telephone interview with Lal Chand Malhi, the National Assembly member who presided over the temple's groundbreaking ceremony, echoed this sentiment:

According to the constitution of Pakistan and the law of the land nothing can stop us from constructing the temple. The only issue at the moment is if it can be made from public money or not for which an application has been sent to CII. But if the response is in negative we will still construct it after collecting  funds.

According to religious scholar Javed Ahmed Ghamidi all Pakistani's pay taxes and the State builds mosques using public money so the government should be able to use public funds to build places of worship for other religions as well.

Javed Ahmed Ghamdi on the construction of Hindu Temple in Islamabad. Here, he recognizes the secular principle of secular nation-states, instead of advocating for an Islamic Republic. https://t.co/QayA20Evou

Pakistan Ulema Council criticized those complicating the issue and extended support for the construction of the temple as the Constitution of Pakistan was clear on the rights of Muslims and non-Muslims living in the country.

Social media has been abuzz since the day the prime minister gave his approval for the construction of the temple. The decision was praised by some while religious groups spoke against it and some even threatened to kill people from the Hindu community.  #MandirTauBanega (#TheTempleWillbeBuilt) has been trending widely.

The construction of the first Hindu temple in Islamabad is a welcome and laudable step by our Government. Pakistan belongs in equal measure to each and every citizen irrespective of his/her caste, creed, ethnicity or faith. #islamabadtemple

A private news channel ran a full-fledged campaign against the construction of the temple and when construction stopped they ran a piece stating that they are proud of their victory.

This is disgusting and shameful that @92newschannel is terming it their victory as CDA has stopped construction of a #Hindu #temple in #Islamabad. Simply, #ShameOn92News for siding with and promoting bigotry. This is Jinnah's Pakistan, not mullah's Pakistan. #MandirTauBanega pic.twitter.com/uvkPHwUcis