Some critics say the designation may obscure income inequality 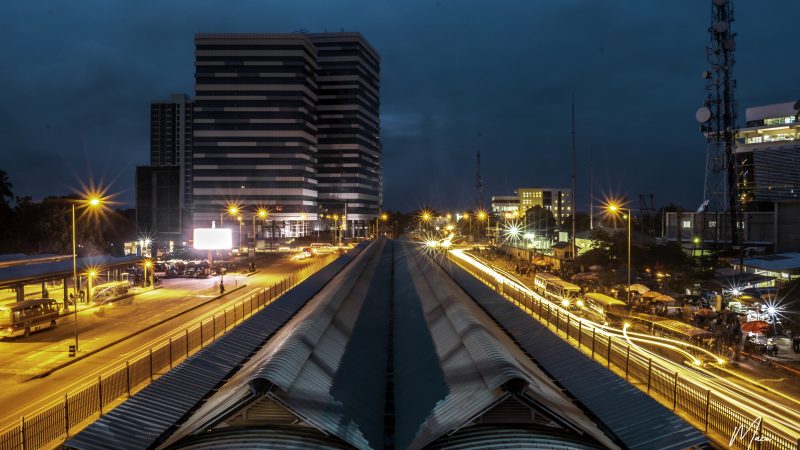 The Dar Rapid Transit (DART) is a bus-based mass transit system connecting the suburbs of Dar Es Salaam to the central business district., which began operations on May 10, 2016. Photo by Mazupixel / CC BY-SA.

On July 1, 2020, the World Bank changed Tanzania's income classification from a low-income to a lower-middle-income country, sparking a national debate on the meaning of development and how to measure it.

President John Magufuli announced the World Bank’s updated classification on Twitter, explaining that Tanzania had reached a “middle-income” status five years before its intended goal of 2025.

Some Tanzanias — particularly supporters of Tanzania’s ruling Chama cha Mapinduzi or Revolutionary Party (CCM) — lauded Magufuli for his early achievement. But critics argue that the World Bank’s updated classification did not accurately reflect the lives of most Tanzanians and did not align with first Tanzanian President Julius Nyerere’s vision of human-centered development.

A few netizens speculated about their glitzier weekend plans now that they had reached middle-income status. Tanzania’s CCM-affiliated Minister of Tourism and Natural Resources, Hamisi Kigwangalla, jokingly thanked small-scale miner Saniniu Laizer, who recently made international headlines for discovering two large Tanzanite stones and becoming an overnight billionaire, for the country’s reclassification from low-income to lower-middle-income:

Thank you, God, for giving us Billionaire Laizer!

Tanzania’s Gross National Income (GNI) per capita — a measure of a country’s average income per resident — went up from $1,020 in 2018 to $1,080 in 2019, which put it above the World Bank’s current threshold for lower-middle-income status. GNI per capita is the total income of a country's residents and businesses divided by the country's population.

Drawing attention to the shortcomings of GNI per capita, writer Dotto Rangimoto tweeted a hypothetical breakdown of how GNI per capita is calculated:

Dotto tweeted a few hypothetical incomes, illustrating how the high incomes of a few could inflate the GNI per capita measure so that it would become an inaccurate measure of a typical Tanzanian’s income.

#EndPoverty #DYK ?
Because the #Tanzania population grew faster than poverty was reduced in 2018, about 14 million Tanzanians lived in poverty, up from 13 million in 2007 and 12 million in 2012: https://t.co/hycs0OGuJ7 pic.twitter.com/VOqHHwJN56

In the aftermath of the World Bank's improved designation of Tanzania as a lower-middle-income country, the reality of an increased number of people living in poverty sparked confusion:

Help us to understand, are we really now a middle-income country, or are we still low-income?

The politics of development

John Heche, a parliamentarian from Tanzania’s opposition Chama cha Demokrasia na Maendeleo or Party for Democracy and Progress (CHADEMA), tweeted laments about a “middle-income country without decent social services,” which he attributed to CCM leadership.

Heche included photographs of schoolchildren sitting on the floor in Mvomero District in southeastern Tanzania to illustrate his point:

There’s been a lot of noise, a lot of affectation, large campaigns, and the buying of airplanes with cash, all while school children are forced to sit on the floor and don’t have enough classrooms, which is very confusing. A middle-income country without decent social services is cause for reflection. [The problems in] Mvomero District exist in the midst of a CCM president, a CCM member of parliament, a CCM council, and CCM council members.

Since this fifth government came into power, the number of physical schoolrooms has grown from 1710 up to 2533. If an equivalent 823 schoolrooms are added again in another five years, there will be more than 3500 schoolrooms. And this is what will give us the vote in October. #Vote for Magufuli again in 2020.

Julius Nyerere once said that development is about people, not things. A country’s middle-income status is measured by its bridges and skyscrapers, even as schoolchildren today are sitting on the floor in every corner of this country.

Suphian Juma, an Alliance for Change and Transparency (ACT) – Wazalendo Party parliamentary candidate for West Singida, shared a widely-circulated video of Nyerere commenting on the inability of traditional economic indicators to measure development:

President Magufuli and our CCM government, while you are celebrating Tanzania's designation as a middle-income country, know this: “We can’t say that a country has development and that its economy has grown when its citizens lack freedom, are scared, and have fear.” -Julius Nyerere

With elections in October, Tanzania’s classification as a middle-income country has inspired debate on whether the improved designation reflects the experiences of most Tanzanians, — and how the country's political and economic past might inform the future.