Screenshot from a YouTube video featuring a meshrep in Almaty.

The Uyghurs, a Turkic nation of over 25 million people who live across Central Asia, have a long history and a rich cultural heritage that combines elements of nomadism and sedentarism, pre-Islamic, Sufi, and Muslim spiritual traditions. One component of this culture is the meshrep ( مەشرەپ in Uyghur), a community gathering, mostly male, in which music and judgement on moral conduct play a key role.

A group of men usually meet in a courtyard, play traditional music such as muqam, and hold a sort of moral court, where the behavior of male members of the community is reviewed, and criticized, usually in a humorous way through mockery, jokes, and non-violent imitation of physical punishment, as can be seen in this short video of a meshrep held in Almaty, Kazakhstan:

Meshreps vary in size and duration, but can last several hours and include anything from 30 to several hundred people. Women and children are welcome observers of the ritual.

In the 1980s, meshreps, particularly in the city of Ghulja in the west of the Chinese province of Xinjiang (where the vast majority of Uyghurs live today), gradually took a more political tone, openly discussing issues of youth disenfranchisement, unemployment, and the practice of religion. By 1995, the Chinese Communist Party (CCP) had banned them as a threat to its own discourse of “ethnic unity” and hotbeds of religious activism. In his book “Down a Narrow Road: Identity and Masculinity in a Uyghur Community in Xinjiang China ” Uyghur culture scholar Jay Dautcher explains:

The increased role of meshrep groups in community activism and social mobilization, in forms such as anti-alcohol campaigns and youth sports leagues, led to a realization on the part of the local government official that unregulated grassroots organizations in Uyghur neighborhoods were proving more effective than official campaigns and state institutions at mobilizing Uyghurs.

As unauthorized meshreps continued to take place, the Chinese authorities decided to differentiate between “unhealthy” (and thus banned) and “healthy” ones, co-opting the latter category, and even registering the meshrep in 2010 within the UNESCO's list of Intangible Cultural Heritage. As large numbers of Uyghurs migrated to Kazakhstan following Beijing's policy of ethnic persecution, the tradition is enjoying a revival in the Central Asian state that is home to over 200,000 Uyghurs, both local and recently arrived.

To find out more about the significance of the meshrep and explore the Chinese authorities’ approach to it, I talked to Rachel Harris, a London-based professor who teaches ethnomusicology at SOAS, University of London, and who now leads a British Academy Sustainable Development Project to revitalise Uyghur cultural heritage in Kazakhstan. She is also publishing her book, “Soundscapes of Uyghur Islam”, in fall 2020. 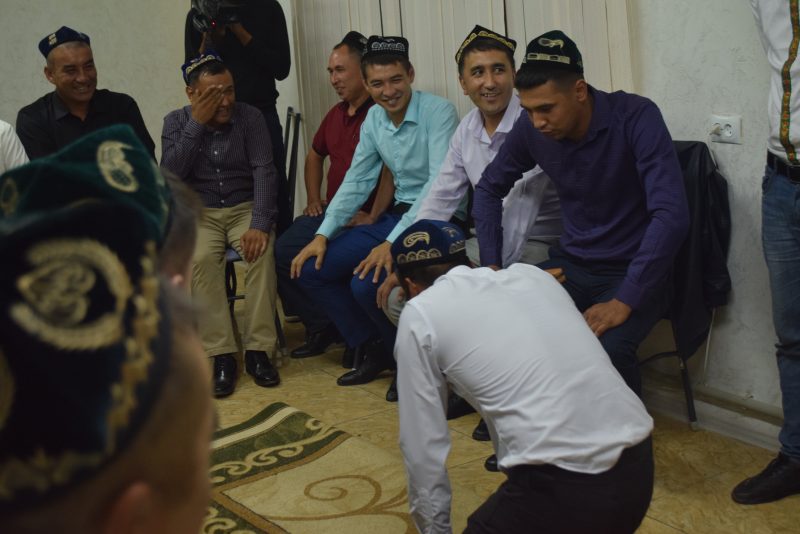 Filip Noubel (FN) What is your own definition of the meshrep? What are its origins? Is it a strictly male ritual? Why is music a key component?

Rachel Harris (RH) Basically a meshrep is a party. But it's also much more than that. Formally, we might say that it is a system of community gatherings maintained by Uyghurs across the Uyghur region and in the diaspora. Meshrep gatherings involve food, music and dance, joking, readings, and an informal community court. They are an important part of Uyghur culture because they forge lasting community bonds, they support the transmission of language and expressive culture, and they provide a forum for discussion, planning, and community action.

There are many accounts of Uyghur meshrep by travelers in the region going back to the 19th century, but the roots of this tradition likely go back much further. Uyghur researchers have documented many different kinds of meshrep. Depending on local traditions, they are held for different reasons: sometimes to celebrate an annual festival, or to welcome guests. In some Uyghur communities – notably in the northwest Ili region and Uyghur communities in Kazakhstan and Kyrgyzstan – they are held monthly, organized by a fixed group of men who host the meshrep on a rotating basis in their family homes.
Uyghurs are proud of their meshrep. They say that meshrep teach the rules of communal behavior to young men, and they serve as a way to perform and transmit expressive culture and communally shared knowledge. Music plays a central role: it accompanies social dancing, and song lyrics provide an important way for people to remember their history and their homeland. 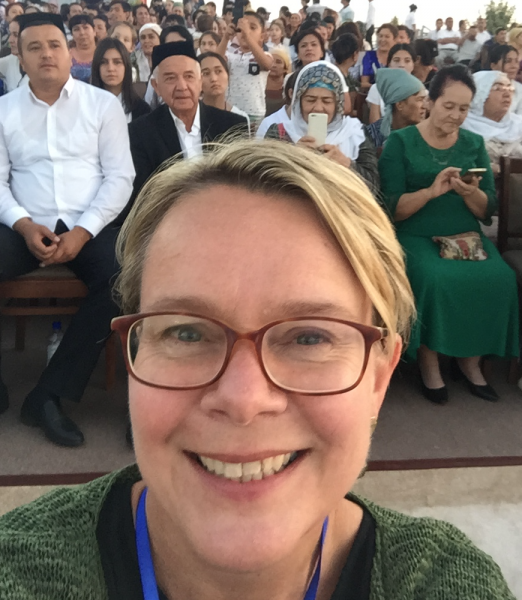 FN What happens to the meshrep in the form that is authorized by the Chinese state?

RH  Meshrep gatherings were inscribed by China on UNESCO’s list of “intangible cultural heritage in urgent need of safeguarding” in 2010. I've been observing China's approach to safeguarding meshrep over the past ten years. In the early years it took the form of the kind of “top-down” approaches to heritage that we so often see in China: spectacular song-and-dance performances for television and tourists, organized by government agencies.

At the same time, the ever-tightening restrictions on community life in the region under the “anti-religious extremism” campaigns meant that it was increasingly difficult for local communities to organize their own meshrep. Since 2016 the situation has become much worse. China’s radical policies of surveillance, mass internment, and coercive forms of “reeducation” in Xinjiang have seen an end to virtually all cultural activities except those organized by the state. These are massive abuses of human rights which violate many international norms and laws. Under these campaigns we saw the transformation of meshrep into compulsory singing and dancing sessions for Uyghur villagers, which were intended to “cleanse” them of the “virus” of their faith. This context renders China's commitment to UNESCO’s heritage agenda completely void. In my view, UNESCO should no longer sanction the Chinese government's claim to be “safeguarding” Uyghur culture.

Here is an example of government-organized meshrep performance aimed at tourists:

FN Is it accurate to talk about the revival of the meshrep through the Uyghur communities currently living in Kazakhstan? Will this “intimate heritage” be preserved as a participatory ritual in Uyghur culture?

RH Over the past few years, Uyghur communities in Kazakhstan have led a meshrep revival that takes a very different form. They are engaged in revitalising meshrep as a tool for community self-organisation and self-support, and a way to transmit Uyghur language and customs to the younger generation. At my university, we have been working with scholars, Uyghur organisations and local communities to document and support these efforts. Of course, the cultural heritage sustained in Kazakhstan represents only a tiny portion of the rich and diverse expressive culture of the Uyghurs, but what they are doing may provide a future model for real, community-based cultural revitalization.