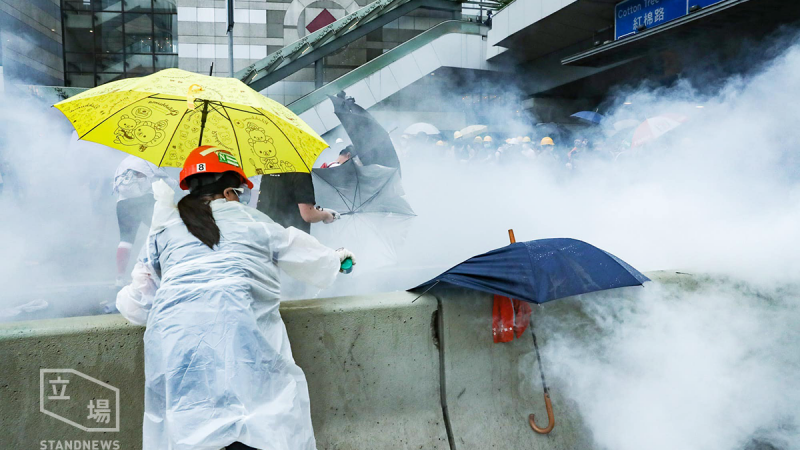 Image from The Stand News.

Hong Kong's anti-China extradition protests are now a year old. Hong Kong online media outlet The Stand News curated a series of articles to reflect on the opposition movement. Global Voices is publishing edited versions of these posts under a content partnership agreement. The original Chinese version of the post below was written by Susanne Choi, Professor in the Department of Sociology at the Chinese University of Hong Kong.

Women’s participation provided some of the most striking moments of the protests. In May 2019, before the million-strong  protest on June 9, an anonymous woman launched a joint signature campaign against the China extradition bill using the identity “housewife”.

Within a few days, she had collected more than 3,700 signatures.

As housewives, we have to take care of the household everyday, but it doesn’t mean that we don’t care about society. No matter how tired we are, we bare the responsibility to stand up against the anti-China extradition bill… We know about the conditions of housewives in China. Their lawyer husbands could suddenly vanish and they have to keep looking for them. They cannot even attend court hearings nor visit them in jail. We know that they were unable to publicly mourn their kids who died in the Sichuan earthquake (2008) and could not talk about the Tofu dreg construction problem. We know that they are forbidden to address the fake vaccine problem and they are arrested for standing up against forced evictions and land seizures. While we respect and support these housewives, we don’t want to become the next ones.

As riot police fired tear gas to disperse protesters gathered outside the Legislative Council (Legco) building, she walked into the eye of the storm without a mask in order to persuade police to stop firing at the young protesters.

On that very day, the police labelled the protests as riots. Chief Executive Carrie Lam, also a mother, justified police use of tear gas and rubber bullets by adapting a proverb from a Chinese classic. In the original Three Character Classic, a line says: “to feed the son without teaching [with the rod] is the father’s fault.” Lam tweaked the proverb (養不教 父之過) and made it “mother’s fault”.

The photo of “Big sister Shing” walking into tear gas went viral on the Internet and created a sharp contrast to Carrie Lam's comment.

That night, nine women (including this author) launched an online signature campaign “A response to the Chief Executive’s ‘motherhood’ comment by a group of HK mothers.” In less than 24 hours, more than 30,000 mothers signed the open letter. 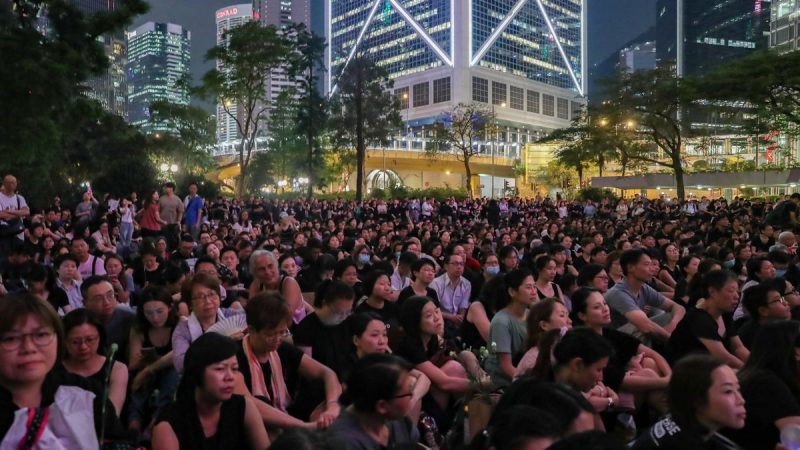 Thousands of mothers gathered at Chater Garden on June 14. Image from The Stand News.

This is the first time in Hong Kong protest history that self-identifying “mothers” mobilized en masse. Lam, 63, is fond of reminding the public that she is a mother with two children.

On July 17, thousands of “grey hairs” attended another protest. Their envoy to the press was Yeung Bohei, a first generation female student activist with four decades of experience as an activist.

The participation of young women on the protest front lines has challenged the stereotype image of the materialistic and “princess-like” Hong Kong girl.

As early as June 12, netizens on LIGHK forum, a portal dominated by misogynistic sentiment, said that they were shocked by the fact that so many young females had protested on the frontlines.

While many male netizens dissuaded female protesters from joining the protests, citing stereotypical reasoning such as lack of physical strength and risk of sexual abuse, women continued to demonstrate.

According to figures released by the police, about eight percent of those arrested in June 2019 were female. From July 2019 through March 2020, those figures had risen between 20 and 30 percent.

The majority of the female protesters identify as “Hongkongers” rather than as women when they are out on the streets. They do not blame male protesters for gender stereotyping, and tend to regard their comments as expressions of concern over their security. Regardless of social media calls for “frontline brothers, backup sisters” (前線巴，後勤絲), female activists continued to be present on the frontlines throughout the year-long protests.

Women have been active in Hong Kong's civic movement since the Second World War in Hong Kong.

In recent years Beijing has extended its interventions into the education sector. In 2012, parents and especially women parents joined the campaign against the introduction of National Education into elementary education. In this sense, women’s participation in the anti-China extradition protests continues a well-established legacy.

The leaderless nature of the protests has generated space for women to take up various prominent roles and break free of gender stereotypes.

Yet, gender violence still prevails during the protests. Female protesters were targets of verbal abuse based on body shape and facial complexion. Noted female activists are often targets of cyber-bullying. Most disturbing of all is the surge of claims that some protesters were sexually assaulted by police during protest crackdowns, or when detained inside police stations.

The COVID-19 pandemic and deepening crackdown on civil society in line with the new security law makes large scale mobilizations of the one million and two million-strong types unlikely in the near future. But the protests have increasingly taken root in everyday life struggles, including the setting up of new labour unions and the so-called “yellow economy” tactic, which sees pro-protest consumers give support to pro-protest businesses and boycott businesses that support the establishment.

If anything, women will be more proactive than men in these domains, since women — most of whom are highly educated and actively involved in the labour market — tend to be the main decision-makers regarding household consumption.