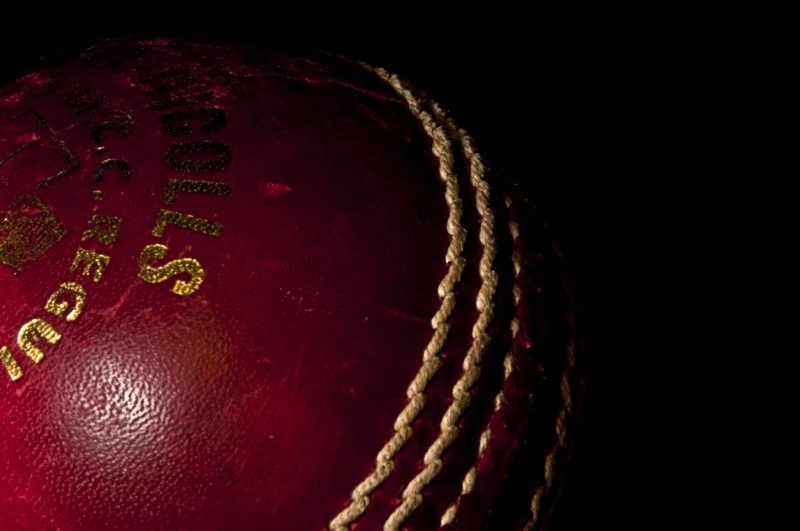 Beloved Caribbean cricketer Sir Everton Weekes passed away [3] at his home in Christ Church, Barbados, on July 1, after suffering a heart attack in June. He was the last surviving member of the famous “Three Ws” [4] of West Indies cricket, the other two greats being Sir Clyde Walcott [5] and Sir Frank Worrell [6]. This formidable trio, all Barbadians, were contemporaries, and were all knighted for their contribution to the sport.

Weekes, a hard-hitting right-handed batsman who made his test cricket debut weeks apart from Walcott and Worrell in 1948. Together, they formed part of the first West Indies side to win a test match in England in 1950. It was a significant milestone for cricket lovers in the region, and sparked joyful victory celebrations [7] among the relatively small West Indian population in London.

Our hearts are heavy as we mourn the loss of an icon. A legend, our hero, Sir Everton Weekes. Our condolences go out to his family, friends and many fans around the world. May he rest in peace. 🙏🏽 pic.twitter.com/RnwoJkhjPd [8]

WIPA extends sincere condolences at the passing of Sir Everton Weekes. We salute a great West Indies icon; Sir Everton made an invaluable contribution to the sport, his country and the region, we were blessed to have him among us, may his soul rest in peace. pic.twitter.com/T6EDBxhVgo [10]

Barbados’ Prime Minister Mia Mottley called Weekes [12] “a legend of the game […] who indeed made cricket the sport of gentlemen” and “a global citizen, with Bajan roots.” On a personal note, she added, “For me, he was one of the most brilliant men, with a turn of phrase and a sense of humour second to none.”

With his “can do” spirit, Weekes was a huge inspiration not only in Barbados, but the wider region as well. Born into a poor family Bridgetown, Barbados, on February 26, 1925, Weekes’ home was in Pickwick Gap, close to what is now the Kensington Oval [13] cricket ground.

He left school at 14 and served in the Barbados Defence Force from 1943–47, which afforded him the opportunity to play cricket at the club level. At age 22, he was selected to play for the West Indies against a visiting England team. That 1947 match was the start of an extraordinary run for Weekes: Not only did he score 100 runs in that match, he went on to strike four more consecutive centuries in matches in Delhi, Bombay and Calcutta, India, later that year.

An Australian sports blog noted [15] that Weekes achieved such excellence despite the challenges for black cricketers during the 1940s and 1950s:

Due to the era in which he played, his career was affected by a racial controversy. Weekes, despite his greatness as a cricketer and man, never captained West Indies. [George] Headley became the team's first black captain for one test in 1948 but it was not until Worrell in 1960 that West Indies appointed their second non-white skipper; after Weekes’ career had ended. Sir Everton bore the injustice with typical good grace.

Eleven years after his stunning run of centuries in 1947, Weekes retired with a thigh injury, but continued playing first class cricket until 1964. He became a successful coach in Barbados and coached the 1979 Canadian World Cup team, while serving on the executive of the Barbados Cricket Association [16]. In 1994 he was appointed as an International Cricket Council [17](ICC) referee and in 2008 was inducted into the ICC’s Cricket Hall of Fame. He was knighted in 1995, the same year he was awarded Barbados’ Gold Crown of Merit and received the country's highest honour, the Knight of the Order of St. Michael and St. George (KCMG).

It was sad to hear of Everton's passing at age 95, but he wouldn't abide any long faces. Everton Weekes was a great Barbados champion who epitomised living life to the full.

It’s been a tough time for cricket fans across the world because you know that there hasn’t been any sporting action taking place. To make matters worse […] one of the legends of the game of cricket is no longer with us […] Caribbean iconic cricketer, Sir Everton Weekes.

48 test matches for West Indies saw him scoring 4,000+ test runs at the highest level which included 15 centuries and of course, 1 international wicket as well. His international career was a long one which spanned between Jan 1948 to March 1958, inspiring thousands and contributing much to the rise of cricket in the West Indies.

Tributes poured in online from cricketing nations the world over. A New Delhi blogger tweeted:

Cricket world has lost an icon and the West Indies a true champion. Long live the legend of Sir #EvertonWeekes [20]

Another Indian cricket blogger declared that Weekes’ passing was the end of an era:

END OF AN ERA
Everton Weekes the first & only batsman to score 5 Test Hundreds in 5 consecutive inngs – passed away at the age of 95.

Weekes played for Bacup in the UK's Lancashire League for seven seasons, starting from 1949. On its website, the League shared [26]:

Sir Everton was regarded as the finest batsman to play in the Lancashire League. Speaking to Paul Yates in 2010, the late Ken Barnes recalled playing against Sir Everton:
‘He was the typical swashbuckling West Indian batsman. Allow him to get his eye in and the match was over. But he was so entertaining and such a gifted crowd pleaser that he would always give you a chance of taking his wicket due to his aggression and risk taking.’

Meanwhile, the University of Sheffield commemorated Weekes by tweeting a photograph of the statue of the “Three Ws:”

#EvertonWeekes [20] RIP. One of the greatest test batsmen for #WestIndies [27]. Pictured here with the other two of the three W's, Clyde Walcott and Frank Worrell pic.twitter.com/4dUTTfO8Ww [28]

The statue is located in the park opposite the 3Ws Oval [30], a cricket ground dedicated to the trio, at the University of the West Indies’ Cave Hill campus [31] in Barbados. Both Worrell and Walcott are buried at Cave Hill. In an interview [32] with the UK's Telegraph newspaper, Weekes joked:

I’m the only person on Earth who knows, to an inch, where he is going to be buried.

Worrell and Walcott are buried alongside each other at the Three Ws Oval in Barbados and while there is no confirmation yet about Weekes’ final resting place, there is a vacant plot for the third member of the trio, should his family wish.

The ICC in its obituary [34] quoted the late cricket commentator Tony Cozier [35] on the legacy of the “Three Ws”:

In the fading days of British colonialism, all three broke the long-standing racial barrier of a sport always held as a badge of excellence by the islands of the cricketing Caribbean.

Quite fittingly, when the West Indies cricket team plays three matches in England this July, the team, captained by another Barbadian, Jason Holder, will wear Black Lives Matter [36] logos on their playing shirts.