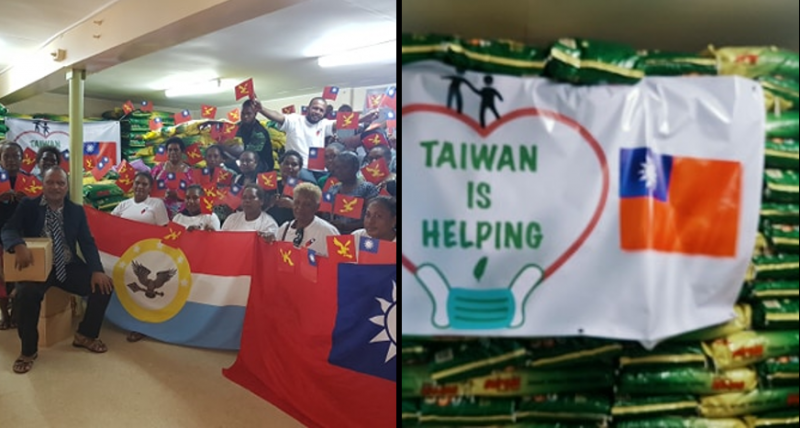 A confiscated aid shipment, a provincial leader playing by his own playbook, and an angry Chinese embassy.

These are all ingredients in the complicated COVID-19 response of the Solomon Islands, one of the few countries in the world yet to register a coronavirus case, but one that is still hurting economically from pandemic-related disruptions.

At the heart of the confusion is a very recent diplomatic shift.

After 36 years of diplomatic relations with Taiwan, Solomon Islands recognized China and adopted a ‘One China’ policy in September 2019.

But the Solomon Islands is an archipelago nation and not all the parts of its whole agreed with the decision.

Pro-Taiwan Daniel Suidani, premier of Malaita province — the most populous province in the Solomon Islands — has consistently refused aid from the Chinese government.

And so the province has remained an outpost of Taiwanese influence, a fact that has taken on greater importance as an emboldened Tapei employs COVID-19 diplomacy to boost its international profile.

Suidani has made little effort to play things down.

In fact, on June 8, he dialled up the controversy by issuing a statement hailing Taiwan after it sent rice, face masks, and medical equipment to Malaita:

Fellow Malaitans, we are in a unique and privileged position to have been assisted by a country that has stood against the might of the Wuhan virus.

He also disparaged the national government’s ‘One China’ policy:

What we are doing today to reach out for the protection of our survival is nothing new. It looks new only because of the newly introduced frameworks and institutional set ups. However, the limitations under these frameworks must not be used to limit our ability as a people to find appropriate support in times like this.

‘It is noted with deep concern…’

Such a divisive statement from a Provincial Premier threatens the unity of the country at a time when we need to work together in keeping COVID-19 from entering our borders and not politicize the virus.

Minister Manele calls for respect for government’s foreign policy and urges those who continue to make provocative and inflammatory statements to stop and work towards building a strong united country.

It is noted with deep concern that leaders of the Malaita provincial government have recently made irresponsible remarks and actions against the ‘One China’ policy adopted by the Solomon Islands national government.

The claims and actions by the Malaita provincial leaders are illegitimate, inappropriate, and entirely wrong. It breaches the sovereignty and territorial integrity of China and hurts the national feelings of the Chinese people.

But Malaita's local leader found support in the country's parliament. Peter Kenilorea Jr, the chair of the Foreign Relations Committee demanded to know why the government had failed to express official gratitude for the humanitarian aid provided by Taiwan. Based on the statement published by the SB herald, the lawmaker noted:

There was not even a simple ‘thank you’ from the national government for this humanitarian assistance to one of its largest provinces. The silence on this humanitarian aid by a former diplomatic friend, who is now supposedly an integral part of our new partner, was deafening.

More scandal was still to come.

On June 11, the Malaita provincial government reported that the national police had confiscated a shipment from Taiwan containing medical supplies that were intended for Malaita.

The police said it had confiscated the shipment because it looked suspicious. It claimed that the sender’s address was not proper and that the consignment had not been addressed to the Malaita Provincial Government.

But the media later reported that the office of the country’s attorney general had sent a letter notifying the police that “the medical supplies reportedly being sent by Taiwan to Malaita Province is an Act of defiance of the decisions of the government”.

It further warned that the shipment may “include materials that may be in breach of the Sedition Act.”

On June 24 opposition leader Matthew Wale condemned the actions of the police and the national government:

This is inexcusable, and it only makes a mockery of our efforts to prepare our people against Covid-19 and the State of Emergency.

I, therefore, call on the government to stop dancing to Beijing’s tune and prioritise our people’s health and safety.

An online campaign themed ‘Malaita Lives Matter, Release COVID-19 Equipment’ has since been launched to press for the release of the confiscated medical supplies.

The Malaita provincial government said it is preparing legal action to immediately retrieve the shipment from Taiwan.