In the Czech Republic, controversy over a newly re-erected Catholic monument ends in flames

The Marian Column reignites another 'Hussite' war in Prague 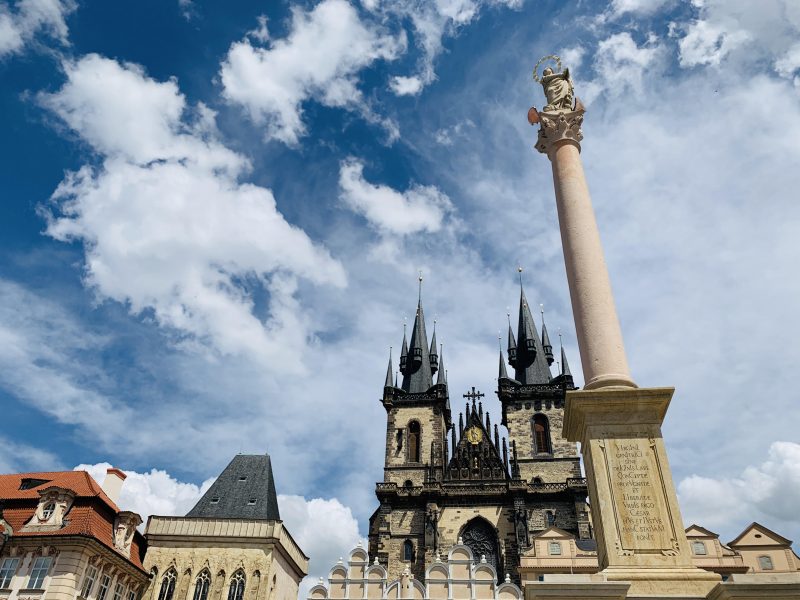 Prague's Old Town square is one of the most iconic locations in the Czech Republic, that embodies the heart of the well-preserved historic city center, with monuments and buildings going back several centuries. But for Czech people, the square is foremost a stage for their history, where several key political and religious events took place.

When World War I ended and the new state of Czechoslovakia was formed, its leaders were eager to eliminate as many signs as possible of its former colonial masters of the Austro-Hungarian Empire, including prominent Catholic symbols like the Marian Column, depicting the Virgin Mary, that was erected to celebrate victory against a Swedish invasion.

However, beginning in the late 1990s, after communism ended in 1989, several groups signed petitions demanding the restoration of the Marian Column. Prague City's government regularly refused to consider rebuilding it.

Therefore, it came as a surprise in January 2020 when the city announced the reinstatement of Marian Column to its original location, following a vote in favor by the Prague City government, where a political alliance of different parties in favor of the return of the monument managed to obtain a majority. 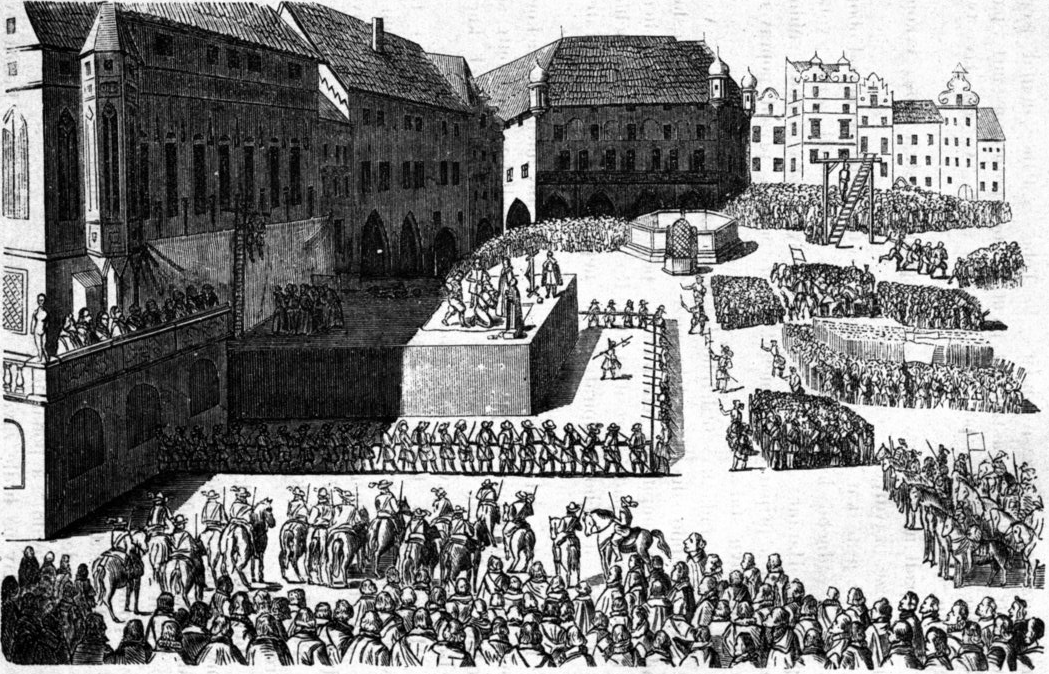 Woodcut of the execution of the 27 Czech leaders in 1621, by Eduard Herold, from Wikipedia in the public domain.

To understand the controversy, one needs to go back to the 17th century, when the Holy Roman Empire fought a long religious war and ended up crushing the reformist movement led by the Czech Hussites, pre-Protestant Christians, who followed the teachings of Jan Hus, a Czech theologian and philosopher, in the Battle of White Mountain in 1620.

As a result, 27 leaders of the insurgency were executed in Prague Old Town Square on June 21, 1621, to send a final message that opposition to Catholic rule would not be tolerated.

Since that episode, Czech historical conscience has been marked by a powerful narrative opposing, on one hand, the forces of foreign occupation associated with German language and the Catholic Church, and on the other hand, the idealized Hussites, playing the role of Czech patriots fighting for cultural, linguistic and religious independence.

And while today, the Czech Republic is among the least religious countries in Europe, the symbolic references have retained their power. A very large number of public places – streets, squares, subway stations are named across the country after Hussite heroes.

In this regard, the Old Town Square has been and continues to be a highly contested ground for opposite representations of religious symbols.

In 1650, a Marian Column was erected in the middle of the Old Town Square to mark the victory against a Swedish invasion of the city. Yet in 1915, a monument to Jan Hus, who had been promised protection by the Catholic Church only to be burnt at the stake in 1415, was built on the same square, about 300 meters away from the Column, to mark the 500th anniversary of his death. At the time, Prague was part of the Austrian-Hungarian Habsburg Empire that strongly resisted the emancipation of a number of its many nations, including the Czechs.

Eventually, with the end of World War I, the empire collapsed and a new state was born in October 1918, called Czechoslovakia, which was eager to eliminate as many signs as possible of its former colonial master — and that included the Marian Column which was taken down and destroyed by an angry crowd on November 3, 1918, led by a leftist writer, Franta Sauer. The new president of Czechoslovakia, Tomáš Masaryk, who left the Catholic Church and became a protestant, was himself a supporter of the Hussite narrative.

The saga continues in flames

On June 4, a major part of the column was inaugurated, standing 15-meters high. The column will be completed by mid-August. This video shows the process of making and transporting the impressive column:

On June 21, just 17 days after the inauguration of the column, a group of men tried to set the column on fire, as seen in this video posted on Twitter:

We thank Prague Police for their quick intervention following today's attempt to set fire to the Marian Column. ‘Everyone is entitled to their opinion about the Marian Column, but we will not tolerate primitive acts of vandalism,’ says Mayor Petr Hejma [of Prague.]

So far, no groups have claimed responsibility for setting it on fire and police have offered no explanation regarding the identity of the arsonists, but their actions have reignited a debate over the column and overall perceptions of Czech history and identity.

In general, people who are opposed to the column say they perceive it as a sign of intolerance and foreign intrusion.

On a more humorous note, a group of activists created a Facebook group called Klub za znovustržení Mariánského Sloupu (Club for the re-demolition of the Marian Column), with over 1,000 members, that posts memes and texts calling for the monument's demolition.

Not so long ago, we thought that time had helped overcome all grievances, but it seems it didn't. Descendants kept them hidden and when it became possible, came out with them. The column is back and a sense of tolerance returns to the square: Jan Hus and a few meters away is the the column. Master Jan can certainly take in this new partnership, and his supporters should be able to as well.