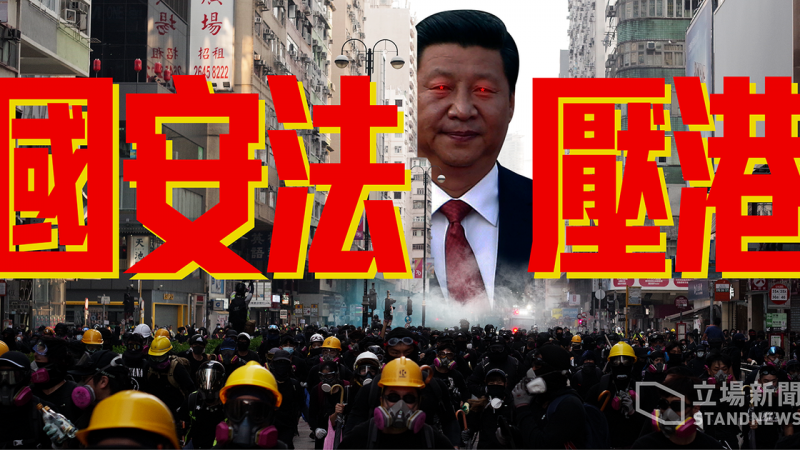 The National People's Congress (NPC) Standing Committee in Beijing has unanimously approved a national security law for Hong Kong — a move many expect to effectively end the autonomy the city enjoyed under “One Country, Two Systems.”

Throughout the legislative process, Beijing has refused to reveal to the public the draft of the law that will take effect in Hong Kong on July 1, 2020, the 23rd anniversary of the handover of Hong Kong to China.

Sources in Beijing have briefed media that under the new law, individuals convicted of “collusion with foreign forces” will face a lifetime in jail.

During the past few weeks, public figures within Hong Kong's establishment, such as university intellectuals, have been pressured to express their support for Beijing’s imposition of the national security law on the city.

Yet this so-called support is blind faith — none of these supporters have even seen the draft text.

It cannot be overstated the absurdity that the CCP Standing Committee just voted to approve the new #NationalSecurityLaw at a special meeting – NO ONE – not even HK's Chief Exec has seen the texts of the new law.

Text is expected to be published AFTER it is already in effect. pic.twitter.com/cvYTqeioGg

While the draft law was not disclosed to the public, the NPC revealed some of the details to the media in a briefing on June 20:

The latest source information from NPC suggested that breaking the law will carry a maximum penalty of life imprisonment.

For the last two days, rumours have been spreading online that media tycoon Jimmy Lai and political activist Joshua Wong will be arrested as soon as the law is enacted on July 1:

Jimmy Lai and Joshua Wong to be arrested as soon as National Security Law is passed on 30th June, sources https://t.co/LSvJxg1wrz

At the same time, a fake video of an internal meeting of Wong's pro-democracy group Demosisto has circulated widely on Weibo and other social media platforms.

It claims that the organization combined with the government of the United States to overthrow the Chinese Communist party. This has led to a general belief that Joshua Wong and other key members of Demosisto are prime targets of the new security law.

Soon after the law was passed on June 30, four keys member of Demosisto — Wong, Nathan Law, Jeffrey Ngo and Agnes Chow — announced their resignation from the organization on social media. The group has reportedly disbanded and will cease all operations.

Former Hong Kong Chief Executive and current vice-chairman of the National Committee of the Chinese People's Political Consultative Conference Leung Chun-ying moreover has invited people to report and facilitate the arrest of suspects and “fugitives” who have fled Hong Kong:

1/2 Ex-#HongKong leader Leung Chun-ying has offered bounty of up to HK$1m from the 803 Fund to encourage people to report & facilitate the arrests of those who violate the national security legislation. https://t.co/v14oZLwtbC pic.twitter.com/1hETXCQ6hn

July 1 rally banned but set to go ahead anyway

Despite the ban, pro-democracy activists continue to mobilize for the rally, while CHRF has filed an appeal against the ban.

On June 29, a day before the national security law was passed, Raphael Wong, chairman of the League of Social Democrats urged Hongkongers to overcome their fear and carry on protesting on July 1.

Wong said that Chinese authorities “want the activists to go exile, so that they lose their moral authority and political impact.”

So just leave the fear aside and do what needs to be done: protest, vote. See which side has more support. They said they have 2.93 million people supporting them, we will show that we have 3.92 million people say ‘no’ to the law. Whether we manage to get more than or less than 35 seats in the upcoming Legislative Council election, we will get more votes. If we have more people in the street, their threats will become a joke. Hongkongers, carry on!

The details of the July 1 rally are as follows:

CHRF has hosted the July 1 rally since 2003 and this is the first time the police has banned the event. On June 4, thousands of Hongkongers defied a police ban and spontaneously gathered at Victory Park for the vigil to remember the Tiananmen victims.

The rally on July 1, when the national security law will already be in effect, will be the strongest test yet of Hongkongers’ determination to resist an incoming authoritarian regime.