What is it like to be a mainland Chinese living in Hong Kong and supporting the protests? 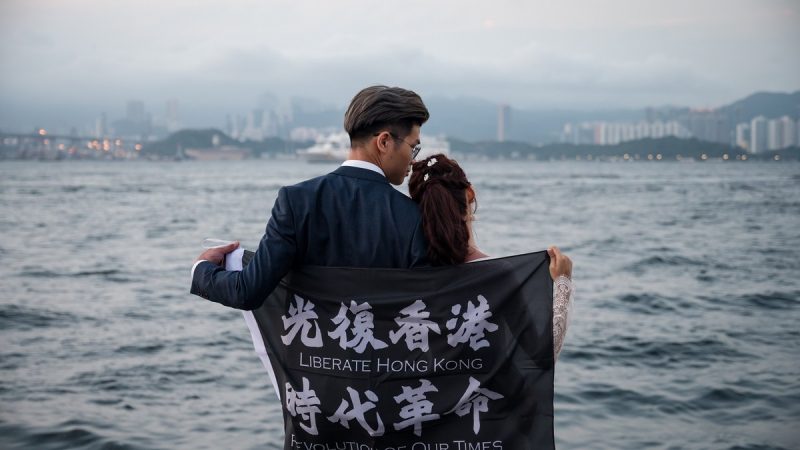 Image from the Stand News.

As Hong Kong marks a year since the beginning of the anti-China extradition protests, Hong Kong online media outlet Stand News curated a series of articles to reflect on the opposition movement. In the following report, Stand News interviewed a number of mainland Chinese who faced threats and stress as a result of their support for the Hong Kong protests. The original Chinese report below was published on June 16 2020. The following edited version is translated by Winnie Ko and published on Global Voices under a content partnership agreement.

Huaming (a pseudonym), is a mainland Chinese who arrived in Hong Kong as a student in 2014  — the same time that massive pro-democracy protests, better known as the Umbrella Protests, were exploding.

Since then the city’s political environment has undergone radical changes. His study in Hong Kong gave him the opportunity to experience a unique social movement. He regularly shared observations about everyday and political life in Hong Kong via his Weibo account.

On the morning of November 17, 2019, when the Hong Kong Police Force decided to seal off the Hong Kong Polytechnic University Campus, Huaming woke up and he noticed his Weibo account was full of comments. One person scolded him for being “pro-Hong Kong independence” and “young trash”. Another threatened him: “Dude, when are you returning to China? I will pick you up from the airport.”

Since July last year, many mainlanders who expressed support or sympathy for Hong Kong’s anti-China extradition law movement were doxxed and reported to schools, employment units, party branches and even police authorities.

This process has seen their names, family pictures and telephone numbers publicly disclosed. Cyber-bullying can turn into real life harassment. In some cases, they were called on by the Chinese Public Security after they returned to China, while their families in China were also interrogated by the authorities. The malicious comments on his social media led Huaming to conclude that he had been reported.

I did a search on my user account on Weibo and found a user with hundreds of thousands of followers had screenshotted one of my posts and exposed me as a mainlander studying in Hong Kong. (The user's post noted) that I support the demands of young people while making no contribution to (Chinese society).

Huaming deactivated his account immediately  and the online harassment died down after a few days. He also changed the public name of his WeChat account, deleted nearly all the articles he had written and sorted through his contact list:

I blocked about 300 to 400 accounts with suspicious names, those with the Chinese flag as profile pictures and people with a warrior-like tone.

He then changed his name on Facebook, edited the privacy settings and deleted all texts and pictures related to the Hong Kong protests.

In the past year, stories about mainlanders who support Hong Kong’s anti-China extradition movement having their personal data exposed by colleagues, friends or even relatives on social media, have become commonplace.

Quite often, conversations on personal timelines or chat rooms were screenshotted as evidence of their “political betrayal” of the “motherland.”

Once they set you as target, their followers dig up all your personal information.

Yunqi Wang, a mainlander using a pseudonym, describes a “suffocating” existence. Wang came to Hong Kong in 2015. She graduated from university and enrolled in a Law PhD program just as the anti-extradition movement began.

The majority of her fellow students come from the elite class in the mainland. They considered it normal that Beijing should project supreme power over Hong Kong despite “One Country Two Systems.”

While she disagrees with such views, she could not express her opinion in class:

Because it is safer not to speak up. You pay a high price for expressing your views. What if they took a picture and reported you?

She increasingly feels that there is a wall between herself and her friends and family.

There is a big information gap between us. Many people learned about the events in HK because the journalist from (Chinese state-owned) Global Times was beaten up. They would ask, how can you turn a blind eye to such violence? A good friend from secondary school scolded me, I deleted friends one by one — it hurt.

In November, wracked by emotional stress, she decided to suspend her studies.

My mental status has been affected by the movement and I haven't been well. I attended the remembrance event of the university student Tsz-lok Chow after he passed away. The siege of the Chinese University of Hong Kong came on top of everything else and my emotions reached a tipping point. I felt that I couldn’t hold on anymore.

Many involved in the protest movement have experienced mental health challenges. But for mainland allies, these feelings have been amplified by incidents of discrimination.

Some pro-protest shops specified that they would not serve customers from the mainland after the outbreak of COVID-19:

I don’t know what the definition of a Hongkonger is. If they refer to someone residing in Hong Kong and speaking Cantonese, that is me! Glory Café [a famous pro-protest restaurant] made it clear that it doesn’t serve customers from the mainland or those who speak Mandarin. This made me think — I treat Hongkongers as comrades, but do they treat me as one of them? I wasn’t actually accepted…I am not patriotic in China, I hate the nation and the party, but in the eyes of Hongkongers I am a Chinese. My identity is vague, whether as a Chinese or as a Hongkonger.

Conflicts between the mainland and Hong Kong are not new. Liqi Zhou (pseudonym) moved to Hong Kong with his parents while he was in high school and has experienced the ups and downs in mainland-Hong Kong relations over the past two decades.

Zhou said these relations worsened gradually, and attributed this to the varying degrees of repression imposed by Beijing on Hong Kong since the handover.

Unfortunately, he said, resentment that should be targeted at the regime is often heaped onto individuals.

We know that there is more than one voice in China, we care about the minority who are between the gaps, speaking Mandarin and from the mainland, yet feel connected with Hong Kong, and therefore feeling its pain. We know you face pressure from the friends and relatives, omnipresent propaganda, persecution, doxxing, punishment and the spread of antagonism inside Hong Kong. Life is tough. We know you find it difficult to join the front lines and peaceful protests — even saying something publicly comes with immense pressure. This Tree hole is to let everyone know, no one is an island nor an outsider.