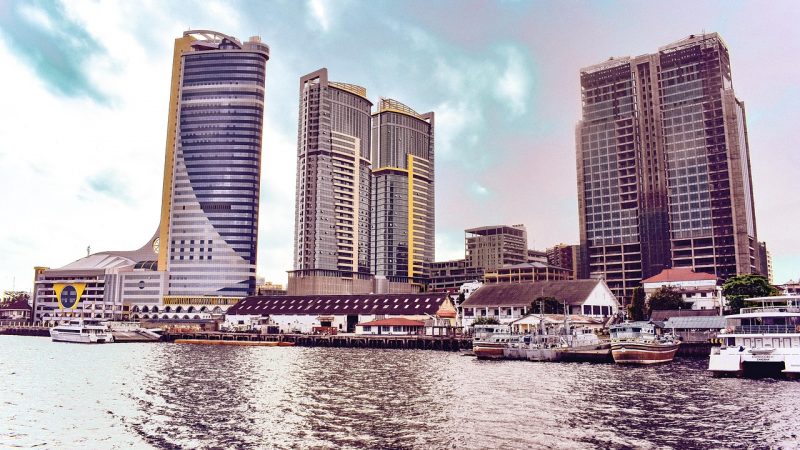 The city of Dar es Salaam is Tanzania's cultural and business capital, where big dreams can turn into nightmares with network marketing schemes. Free photo via NeedPix.

Everyone desires financial stability, but young people often want to quicken their path to a successful life — and this is exactly what network marketing companies promise.

Over the last five years in Tanzania, network marketing companies, also known as multi-level marketing, have mushroomed in the East African nation. These companies lure young people with “get-rich-quick” dreams that depend on person-to-person sales of products purchased upfront by the seller. Many schemes also rely on the seller's aggressive recruitment of other independent sales associates.

While technically legal, their interactions with potential customers raise concerns about how these companies prey on vulnerable youth and their billionaire dreams.

“I can assure you, the products are very expensive, which do not reflect the lives of third-world communities,” Traves Msangule, a former network marketer in Dar es Salaam, told Global Voices by phone.

Msangule was a university student in 2013 when a close friend convinced him to join Forever Living Products, a health and wellness company, to help him make some extra money to pay for his studies. Msangule did not have a government loan to cover his school fees, so he agreed to join.

To get started, Msangule had to buy a package of products worth about $320 United States dollars that he then had to re-sell in the hopes of doubling his profit.

The gospel of network marketing schemes is that recruiting new customers will increase earnings — but this is no easy task.

“Take an example: If a toothpaste from the package is sold at $12 USD, while [in reality] there is a toothpaste sold at $1.20 USD, who is going to buy yours? Though the products are of high quality, it’s very difficult to compete,” Msangule said.

Network marketers promote smart, fake lifestyles to persuade people of their success, while in reality, very few people are “eating the cake” of network marketing.

So, when I climbed to that rank, I had to complete points (product sales) for myself and the team. There we were put on a mindset to “push up” in every way until it was understood not to give up. So, I had to start calling to borrow money that night. The deadline was midnight.

These guys, first of all, are trained to discourage formal employment and small business [self-employment]. They will keep [asking] you: When will you get enough money? The only alternative is this part-time job, which deals with chatting with people, and you can earn millions in just a few weeks and you will be financially stable.

Unfortunately, in 2017, Msangule had to postpone his studies for a year because this “chatting with people” business consumed his time. With over $750 invested in these products, he had to make sure to earn his profit. When he realized this was not going to happen, he quit.

Network marketing takes off in Tanzania

Network marketing companies that thrive in Tanzania, such as AIM Global, Forever Living Products, Oriflame, QNet, Avon and Edmark, are part of a $200 billion USD global industry as of 2015.

In 2017, QNet, one of the largest direct-selling companies in the world based in Hong Kong, expanded its operations in East Africa, with an agency office in Dar es Salaam, the cultural capital of Tanzania. Thousands of Tanzanian citizens “have registered to market and promote QNet online products…” according to BusinessForHome, an industry website.

AIM Global, based in the Philippines, took hold in Tanzania in 2019 and just celebrated its one-year anniversary with over 4,000 independent distributors.

Many of the companies say they offer extensive professional training, coaching and education to ensure success, including conferences and reward point systems for top sellers.

On June 21, the famous actor and comedian Idriss Sultan took to Twitter with a video explaining the ills of network marketing in Tanzania, detailing how these companies exploit young people toiling hard with “sweat and blood” to improve their lives.

This video I've done in one [single] take and I haven't cut any part out. It will educate everyone and to those who may get offended by it, fine then, I have no issue, but to say: “Let the citizens who earn their money by their sweat benefit from the fruits of their money and not you and your children.”

Without naming a specific company, Sultan says the mushrooming of the network marketing model in Tanzania, — with their various colorful, flashy names — is a threat to young peoples’ lives.

Youth often fail to resist these ploys because they have respect for those who pressure them to join. These companies also use famous people to promote their brands who wield a lot of influence and power.

Sultan said in his video:

…Young people are working very hard, their money is a result of very, very hard work, so it is unacceptable to allow someone from nowhere to come with this system that exploits people.

Other netizens wrote about their own experience with network marketing:

Certain women’s groups in Dar, — they were my friends — and they bothered me a lot to join these businesses, but I did not agree to join quickly, meaning, I was not able to understand what were they doing exactly? I was afraid to invest my money and also, I calculated what they really earned…

A lack of information and a thirst for shortcuts can be a dangerous mix for young people who hustle and work hard to improve their lives in Tanzania, where the average monthly income is about $150-$215 USD. A 2017 study by Theobald Francis Kipilimba on the effect of pyramid schemes on the economy in Tanzania revealed:

…most Tanzanians are very naïve when it comes to pyramid schemes, with very scant knowledge about these schemes. Many do not know if they have participated in these schemes but in those instances that they had, they suffered huge financial losses. …

As to the reasons as to why they participated in these schemes in the first place range from pure naivety, personal greed and peer pressure.

The Tanzanian government has allotted 10 percent of total revenue toward interest-free loans for youth, women and people with disabilities but these groups remain vulnerable to predatory promises posed by network marketing companies.