Taking down statues: France confronts its colonial and slave trade past

Public monuments are not 'history,' they are 'political choices' 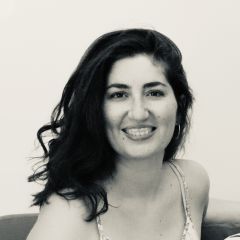 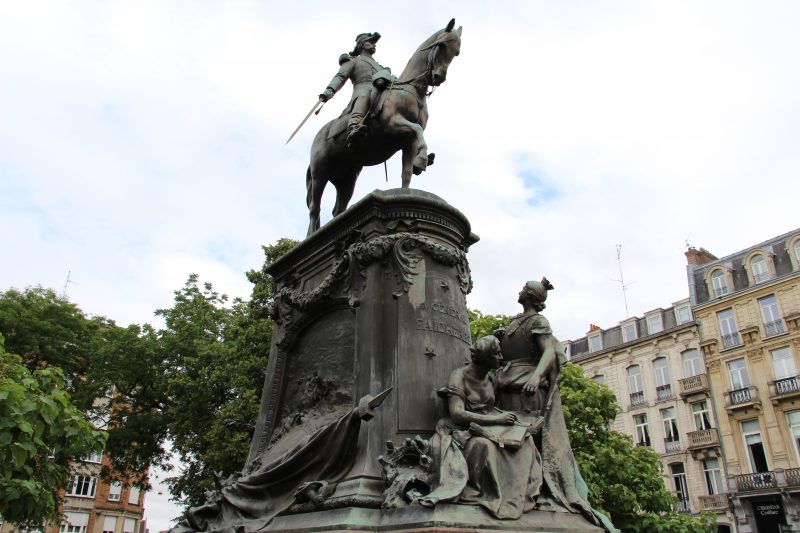 Statue of General Faidherbe in Lille, Northern France. Photo by Fred Romero via Flickr  CC BY 2.0.

While action against racism scales up across the world, France has been divided for several weeks over what to do about statues of historical figures connected to slavery and colonialism.

The death of George Floyd on May 25, in the United States, as well as the worldwide resurgence of the Black Lives Matter (BLM) movement, have reignited the debate on systemic racism toward Black people in Western societies.

Recent BLM protests in France have revived calls for justice for Adama Traoré, a Frenchman originally from Mali, who was killed following police questioning in 2016. But the question of controversial statues has received little media attention in France, despite this former colonial power's contested heritage.

Now, global BLM protests have amplified and accelerated the quest to tear down contested figures in French history.

This follows on the heels of contested figures falling throughout the world. On June 7, Black Lives Matter activists took down the statue of slave trader Edward Colston in the English port of Bristol, a major slave trade site in the 17th and 18th centuries. In Belgium, several statues of King Léopold II, responsible for major atrocities against the Congolese people between 1885 and 1908, were vandalized throughout June and are now subject to a petition calling for their removal.

The French empire was established between the 16th and 20th centuries and spanned a total of 12,000,000 square kilometers across all continents at one point, leaving no shortage of controversial historical figures.

In Lille, the “Faidherbe Must Fall” movement focuses on General Louis Faidherbe, a serviceman praised for his accomplishments in the 1870 Franco-Prussian war, but was also a “key actor in the conquest of Senegal,” and led bloody “pacification” campaigns in the mid-19th century.

In Paris, activists have also targeted the statue of Jean-Baptiste Colbert, a minister under King Louis XIV in the 17th century, which now sits in front of the French National Assembly. Colbert, the author of “Code Noir,” or “Black Code” for the French West Indies, published in 1685, outlined slave owner rights over slaves, describing them as êtres meubles or “chattel.”

Slavery was then banned in mainland France but still practiced in the colonies.

In 2017, Louis-George Tin, president of the Representative Council of France's Black Associations (CRAN) stated: “Colbert was the enemy of liberty, equality and fraternity” [the motto of the French Republic]. More recently, former French prime minister Jean-Marc Ayrault called for places bearing his name to be renamed.

A statue of Georges Cuvier, a 19th-century naturalist and anatomist, is also displayed in several French towns. Cuvier, holding racist scientific theories of the time, endeavored to dissect the body of Saartjie Baartman, known as the “Hottentot Venus,” after her death. The Black Autonomous Action Coordination is particularly critical of this controversial figure:

“France isn't racist”. You would really have to have been born before the shame to think and say this in a country where slave-traders are praised everywhere: streets, statues and buildings.
From 8 to 30 June, let's get rid of their comfortable anonymity!

On May 22, in Martinique, local authorities took down two statues of Victor Schoelcher (1804-1893), an abolitionist in favor of compensating colonial slave owners. In French Guyana, local authorities have placed his statue under police protection:

⚪️ #Guyane: One evening in Victor #Schoelcher Square, Cayenne, where the memorial statue of the abolitionist has been under police protection for more than 24 hours, at the beginning of local commemorations for the abolition of slavery.

In the French overseas territory of Reunion, located in the Indian Ocean, citizens have called for the replacement of the statue of the island's former governor, Mahé de La Bourdonnais, who profited from slave trading and used slaves for public works.

I have a serious question: when can we knock down the statue of Mahé de La Bourdonnais and get rid of that garbage?

Context and Progress: Striking a balance

While some activists are calling for the outright removal of statues connected to colonization and slavery, others argue that preserving them with signs offering historical explanations might help to contextualize these figures.

For a long time, Karfa Diallo, director of the Memories and Sharing Association, advocated for the contextualization of colonial street names. On France's Inter Radio Network, he said:

[We are calling for] some symbols to come down and for the remaining streets to be given an explanatory feature, which will make it possible to safeguard the memory we have of this crime against humanity.

As for the Faidherbe Must Fall  movement, it all depends on contextualization:

If this is about saying how colonialism has some “positive” aspects,  […] then we're not sure that this is the solution. If, on the other hand, it's about clearly stating what colonialism fundamentally was on the statues, which is an abominable crime in its very principle, then such a solution could be defended.

Some citizens defend these statues on the basis that removing them is a form of censorship. For historian Dimitri Casali, tearing down historical statues is not a solution. In 2017, he wrote:

We cannot rewrite history. Taking down statues of our Statesmen would be like opening up Pandora's box of historical revisionism. […] We must accept history. It's as much glorious as it is shameful.

However, decolonial feminist activist Françoise Vergès argues that removing these statues is a matter of “memorial justice,” and “has nothing to do with erasing history.” Interviewed by Histoires Crépues, she explained that figures displayed in French towns are the result of “political choices”:

According to Françoise Vergès, taking down racist and colonial statues is a matter of MEMORIAL JUSTICE. Public monuments are not “history.” They are memorials of political choices. Choices we have the right to question. The calls for statues to be taken down are part of a significant anti-racist fight, which must be supplemented by better teaching of our colonial history.

In a televised address to the nation on June 14, French President Emmanuel Macron's clearly stated:

The Republic will not erase any trace or any name from its history. It will not forget any of its artworks and it will not take down any statues. We should instead look clearly at our history and memories together.

Meanwhile, French netizens are promoting the #JeVeuxUneStatueDe (“I want a statue of”) hashtag, to advocate for black historical figures they would like to see in public places.

I want a statue of Anarcha, a black slave who American doctor James Marion Sims, inventor of the speculum, experimented on without anesthesia.

I want a statue of Suzanne Belair known as Sanite Belair,
a woman who fought against the reinstatement of slavery in Haiti. She was caught, tried by a colonial court and decapitated.