Remembering Amadou Diallo, a Guinean victim of police brutality in the USA 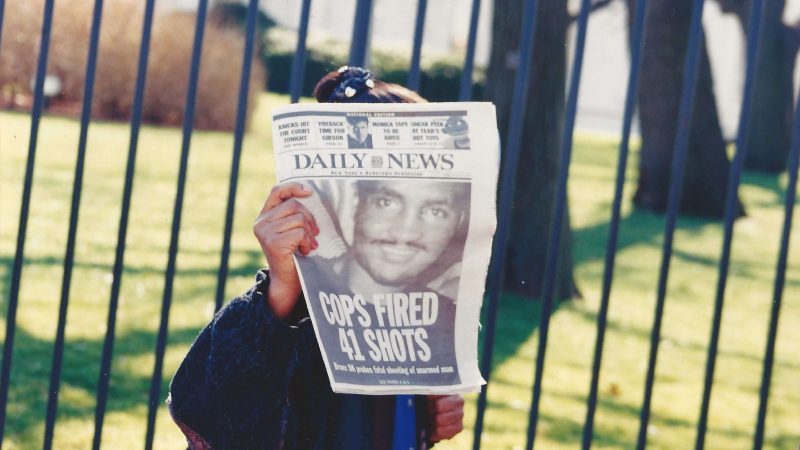 The recent surge of Black Lives Matter protests in the United States highlights a long history of police brutality targeted against Black Americans.

On May 25, George Floyd, a Black man, was killed by a white police officer in Minneapolis, Minnesota. Since his death, protesters and activists have taken to the streets, speaking out the names of countless others who have died at the hands of the police, including the assassination of young Guinean Amadou Diallo who came to the USA to study.

Diallo, 23, was brutally shot 41 times at the entrance of his apartment on February 4, 1999, by four New York City plainclothes police officers who were part of a now-defunct “street crimes unit.” The four say Diallo was a rape suspect and that they thought he had a gun on him — he was only carrying his wallet, however.

The four cops, Edward McMellon, Sean Carroll, Kenneth Boss and Richard Murphy, were all charged with second-degree murder, but were all acquitted — as is often the case that police benefit from total impunity in American courts. This acquittal enraged many Americans of all races and led to national protests.

Police officer Boss remains on the police force but was “reassigned his gun” in 2012. Officer Carrol offered an “emotional apology” to the family, but not until much later, according to writer Janus Marton.

New York “has been the world’s greatest experiment in multiculturalism for centuries, drawing ambitious people with dreams and talent from across the country and the world to its five boroughs,” recalls Marton, who remembers how the four officers’ trials took place in Albany, a nearby city, because of concern that they “could not obtain a fair trial in the Bronx,” the New York City borough where Diallo was killed.

NEW: Families of victims of NYPD police killings – Amadou Diallo, Ramarley Graham, Kimani Gray, among others – issue scathing letter to @NYGovCuomo, saying he has been “one of the most consistent obstacles” to police accountability. 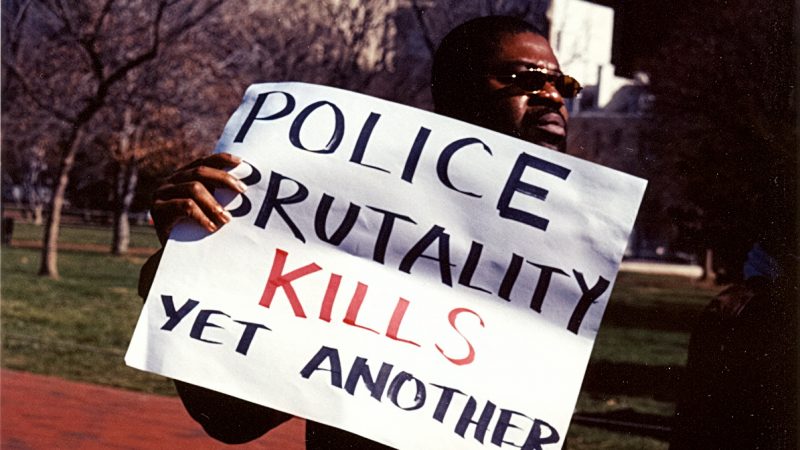 Who was Amadou Diallo?

Diallo was born in Liberia to Guinean parents, Saikou Diallo and Kadiatou Diallo, as the oldest of four, explains Ayodale Braimah, an African writer. His parents exported gemstones between Africa and Asia, giving Diallo the chance to study in various countries, including Thailand, where he lived for a time with his mother after his parents divorced.

Kadiatou Diallo, Amadou's mother, is a fighter who married at the age of 13 and was pregnant with Diallo at 16. She educated herself and started a business in Thailand.

As an English student, he was drawn to American culture. In 1996, Diallo followed his family to New York City and started a business with a cousin. He worked for a while as a street vendor with aspirations to study English and computer science.

A grieving mother, a grieving city

Kadiatou Diallo, Diallo's mother, was in Guinea when she received the news that her son had been shot by police officers. She traveled to the USA and started fighting for his memory, becoming “a symbol of the struggle against police brutality” in the United States who uses her experience to empower others, wrote Charisma Speakers, a blogger.

“Mrs. Diallo humanizes the tragedy of racial profiling and police brutality and continues to aggressively work with community leaders to bring about change,” Charisma Speakers continued.

The Diallo family sued the New York Police Department in a $61 million wrongful death lawsuit and eventually settled for $3 million, according to Alexandra Starr with Public Radio International, who wrote about the legacy of Diallo's killing in 2014, on the fifteenth anniversary of his death: “They used some of that money to create the Amadou Diallo Foundation and scholarship fund in 2005,” and students continue to receive scholarships until today.

On the fourth anniversary of Amadou Diallo's death, New York City unveiled a sign for Amadou Diallo Place in the Bronx to honor his memory.

Kadiatou Diallo has worked with 100 Blacks in Law Enforcement Who Care, a legal advocacy group to improve policing in New York City, and has also worked with local politicians to pass a racial profiling law in Albany, New York.

In 2004, Kadiatou Diallo wrote an award-winning book called, “My Heart Will Cross This Ocean: My Story, My Son, Amadou.” She was featured in the documentary, “Death of Two Sons,” in 2006, and “Every Mother’s Son,” about three mothers who each lost an unarmed child at the hands of the New York Police Department.

The Black Lives Matter protests that erupted in response to George Floyd's murder by police prompted many Twitter users to invoke the name of Amadou Diallo, over 20 years since the brutal killing.

Netflix's docuseries “Trial by Media”, ep.3 “41 Shots”.
4 NYPD officers in 1999 shot 41 shots at Amadou Diallo, 19 of which struck and killed him, outside his apartment. Diallo was unarmed. All 4 officers were charged with second-degree murder, but all 4 were found not guilty.

Clint Smith, a writer and teacher, tweets “enough is enough”:

I’m old enough to remember AMADOU DIALLO and ABNER LOUIMA. Enough is enough. More than 20 years later we have not turned the page. Stop telling black people what they should have done or what they should do to not get killed. It’s the other way around.

So African (@Mx_chichi), an anthropologist, writes:

This is the same New York police that promoted Kenneth Boss of of the men who killed Amadou Diallo. After shooting Diallo 41 times & bullets hitting his body 19 times. The NY cops involved were never held accountable. They said “bas! Tumesema sorry!” & They were “forgiven” https://t.co/ObcCcrVU9u

Felonious Munk, an Ethiopian American comedian, writer and actor, recalls the names of other Black American men who were killed at the hands of police in the United States:

An earlier version of this story incorrectly stated Alexander Starr wrote in 2014, the fifth anniversary of his death. It is now corrected to be Alexandra Starr who wrote on the fifteenth anniversary.