Who are the ‘rioters’ facing jail time after the anti-China extradition protests in Hong Kong? 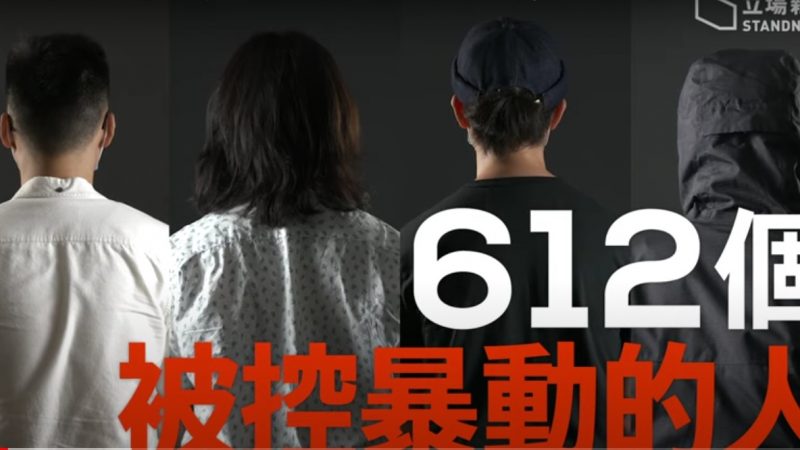 Hong Kong's anti-China extradition protests are now a year old. Hong Kong online media outlet Stand News curated a series of articles to reflect on the opposition movement. Global Voices is publishing edited versions of these posts under a content partnership agreement. The original Chinese report below was published on June 12, 2020, on the Stand News.

A key turning point of the Hong Kong anti-extradition movement in 2019 was the June 12 protests that took place near the Legislative Council.

In order to stop the Legislative Council (Legco) from enacting the Fugitive Offenders and Mutual Legal Assistance in Criminal Matters Legislation (Amendment) Bill 2019, better known as the China extradition bill, tens of thousands peaceful protesters gathered outside government headquarters. Later that afternoon, a minority of the protesters attempted to charge the Legco building.

In response, riot police indiscriminately deployed tear gas and rubber bullets to disperse the protesters, including against those situated in peaceful sit-in areas.

On the same day, Stephen Lo, the city's then-police commissioner, defined the June 12 protests as a “riot”, implying that those who participated could be subjected to a charge carrying a maximum term of 10 years in jail.

Chief Executive Carrie Lam stood by the commissioner's judgment and the riot label. However, a majority of Hong Kong citizens disagreed with the definition.

Four days later, on June 16, two million Hongkongers took to the street chanting slogans that included “students are not rioters,” “we are not rioting”. The five major demands of the anti-extradition movement also included “the withdrawal of the riot label.”

The Stand News submitted an inquiry about the number of arrests to the police authority.

Between June 9, 2019, and May 31, 2020, Hong Kong police arrested 8,986 individuals during protests. So far, the department of justice has pressed charges against 1,808 protesters and the most frequent charge is “rioting”.

In one court case heard at a district court on May 4, a 21-year-old lifeguard who participated in the June 12 protest pleaded guilty to a charge of rioting.

The magistrate stressed that the anti-extradition protesters “directly undermined the rule of law” and “disregard law and the safety of police officers.” As a result, the sentence has to take account of public interest and act as a deterrent to future crimes, the magistrate said.

The starting point for riot charge sentencing is six-year-imprisonment. However, as the defendant pleaded guilty, the sentence was reduced to four years in jail.

The 612 individuals presently facing rioting charges will have to go through similar judicial processes.

Once they are found guilty, they will have to spend a few years of their youth in jail, their plans for the future put on hold.

Below is an infographic of the age profile of 598 “rioters” who have their cases registered at courts (14 of the 612 cases have not reached court yet). 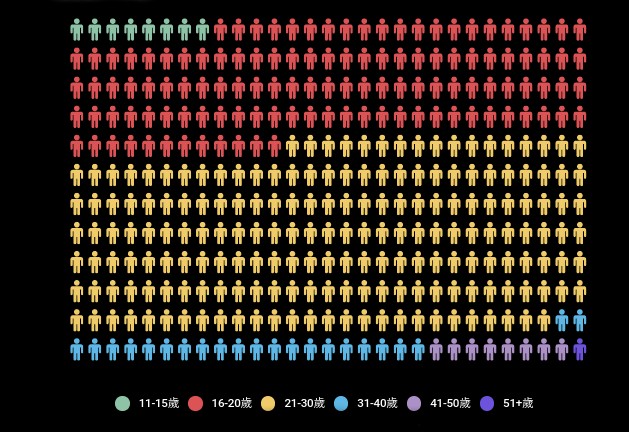 The average age of defendants is 23. The oldest is 61 and the youngest just 13. Fourteen of the “rioters” are under 16 years old. Around a third are younger than 20.

The infographic below shows that just over 38 percent of the “rioters” are students: 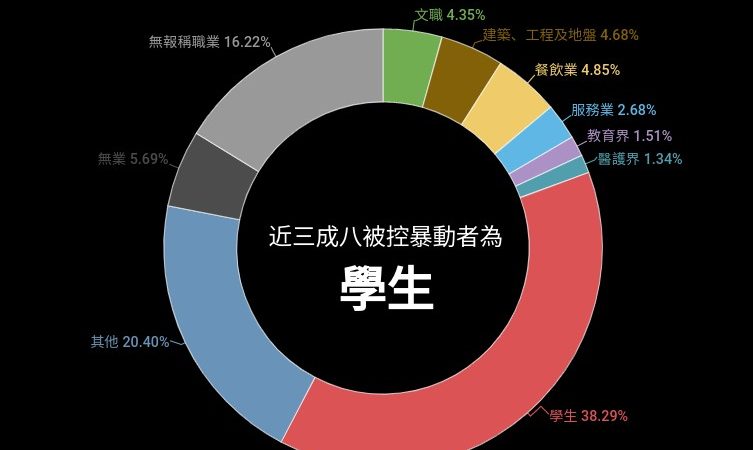 Below is a breakdown of their arrests.

More than 46 percent of the arrests took place during violent clashes between protesters and riot police at the Polytechnic University on November 18, 2019: