Storytelling, "the greatest achievement of human beings"; Part 2 of 2 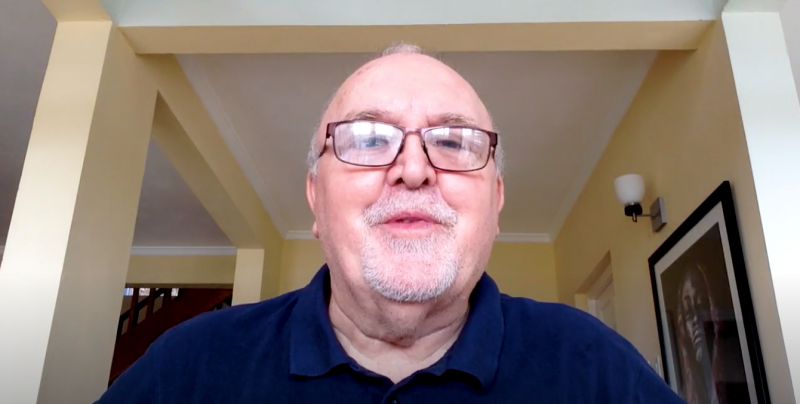 This is the second instalment of a two-part interview. Read Part 1, here.

In the Commonwealth Writers video he recorded after learning that his story, “Mafootoo”, had been shortlisted for the 2020 Commonwealth Short Story Prize, Brian Heap called storytelling “the greatest achievement of human beings”.

As a retired educator and former head of the Philip Sherlock Centre for the Creative Arts at The University of the West Indies (UWI) Mona campus in Kingston, Jamaica, Heap has had a close relationship with storytelling for most of his life: telling them himself, learning about the stories of others, and being a worthy custodian of those narratives.

He has also directed 15 of Jamaica’s annual pantomimes, written several books, conference papers and articles, and was honoured with the Silver Musgrave Medal by the Institute of Jamaica in 2002.

After his selection as the Caribbean regional winner of the 2020 Commonwealth Short Story prize, we chatted via email about his story, “Mafootoo”, storytelling in general, and what the win means to him. 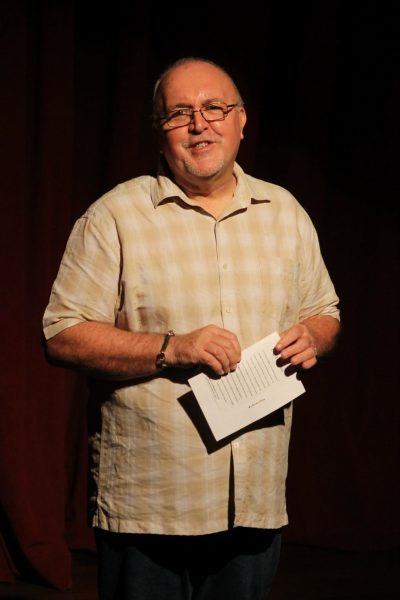 EL: You are very well known as a leading light in Jamaican drama. Is this your first venture into writing prose?

BH: I did do some prose writing many years ago, but I seem to remember that it wasn’t very well received at the time, or so I felt. I sort of convinced myself that I was better at drama and that I should stick to that particular genre. Plus, I was really fortunate to have the University of the West Indies supporting me in getting productions onto the stage. Otherwise, I think drama would have been an overwhelming challenge.

EL: What are the differences between telling a tale through drama or through a short story?

BH: The difference is really between ‘showing’ and ‘telling.’ In drama, I get to work with wonderful shapeshifters called actors who bring the characters to life on stage in all their many dimensions. Good actors will take you into the deep psychological recesses of a character and show that to the audience.

The audience can see the relationships between characters unfold in time and space in front of them and respond accordingly. The audience is ‘reading’ a complex semiotic field of spoken word, gesture, body language, lighting, silence, movement, proxemics and stillness. Largely because of the development of film and television, modern audiences have become very sophisticated and adept at interpreting nuances in the dramatic performance.

Telling a story via the symbolic process of writing it down depends even more heavily on the skills of your audience for its interpretation. I often say that being able to read doesn’t necessarily make somebody a reader. A lot of functionally literate people don’t have the patience to get through a story, much less a novel. Yet, other people will get totally lost in reading a book. I laughed at one comment about ‘Mafootoo’ where the reader said she devoured it ‘in one gulp.’

EL: Evadne, your protagonist, is a straight-speaking, no-nonsense woman. Have you ever met an Evadne in real life?

BH: I have met several no-nonsense women like Evadne; not all of them were Jamaican, though many were. I’m sure the same is true for you. Many readers of the story have commented that they know Evadne well, so I’m really encouraged by that kind of response.

EL: What future projects do you have in mind?

BH: There may be a theatre festival later in the year, but it will probably have to go virtual since it is unlikely that theatres will reopen any time soon, due to COVID-19. I am working on a couple of other short stories which are slowly coming together. I think I’m going to have to pick up the pace if I want to put together a collection!

EL: What is the importance of humour in storytelling?

BH: The Jamaican practice of ‘tekkin’ serious t’ing, mek joke’ [taking serious things and making jokes of them] is both inspired and inspiring — so, at what should be a tragic moment in the story, a phrase like ‘plug him out’ makes you want to laugh, all the more so because it is given an earnestly straight-faced delivery.

Jamaican language tends to have that effect because it is designed to subvert the English language. I love its frequent juxtaposition of archaic English words and African expressions and syntax, which can be used to sometimes devastating effect. That is not to say that Jamaican language cannot be tender or poetic, which it obviously can, but its wry comic impact can enrich a story immensely. A little humour can lighten the writer’s hand.

EL: What does the win mean to you?

BH: Making it to the shortlist of 20 writers from a field of 5,107 entries was already more than I could have imagined. To have actually won the Caribbean Regional Award left me in total shock. Winning the overall award would probably be, in the words of Rex Nettleford, “Gilding the anthurium.”