Going far together: The East African diaspora steps up to address COVID-19 in their home region 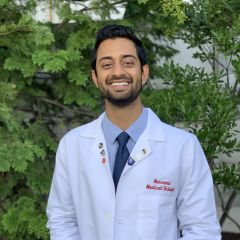 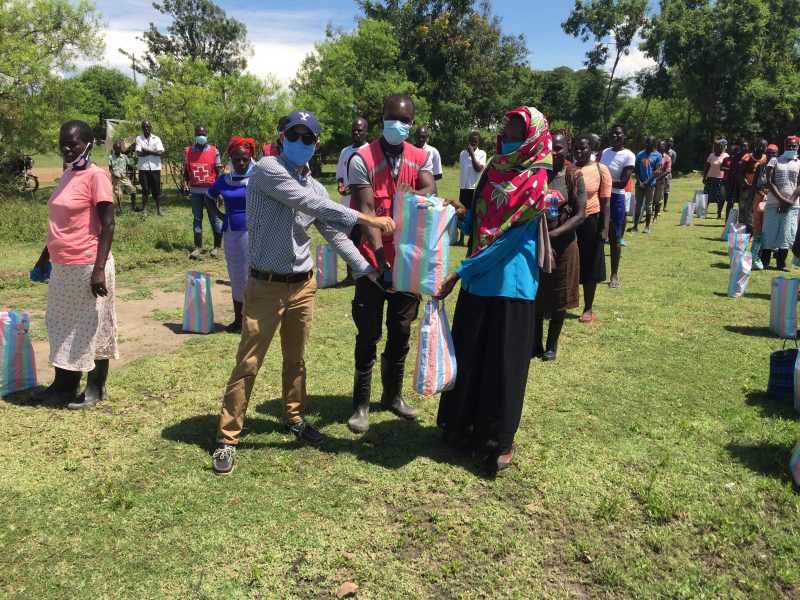 As COVID-19 threatens the lives of millions around the world, the East African community has not been immune to this threat. The region has reported over 7,000 cases as of June 14.

When COVID-19 cases began to rise in my home country of Tanzania, I became very concerned for my family members, all of whom have severe health issues that make them vulnerable to the virus.

In the six years since I’ve been studying in the United States, I’ve only been able to travel home once a year to see my parents and grandfather, who still live in Mwanza, Tanzania. To help ensure that they and other Tanzanians stayed healthy and had access to information about the virus, I pulled together a team of people to translate essential information about the virus into Kiswahili, the most widely spoken language in Tanzania.

The information was published as a series of fact sheets as part of the COVID-19 Health Literacy project, and our efforts were recognized by Tanzanian news outlets such as VijanaFM, which published the fact sheets on their website. 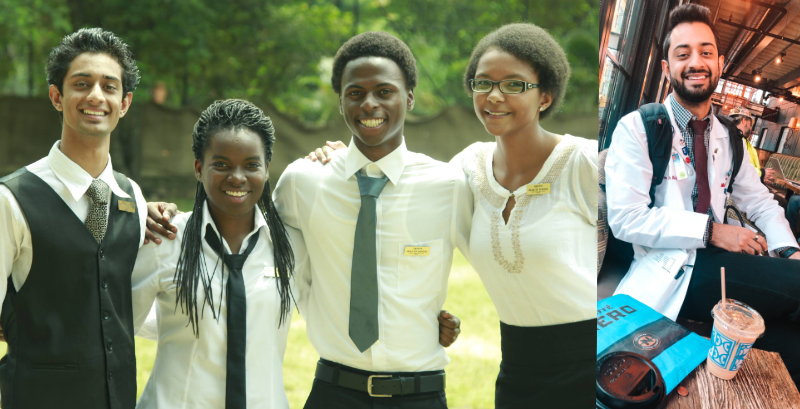 Author Azan Virji with high school classmates in Tanzania (L), and (R) today in Cambridge, Massachusetts, where he is a second-year student at Harvard Medical School. Photo courtesy of Azan Virji.

But I still felt like I wasn’t reaching enough people, especially those living in rural areas and those with limited access and literacy. So, on seeing the United Nations Global Talent Call to Creatives, I decided to step out of my comfort zone and pull together a team to create a song to raise more awareness about COVID-19.

Music is a big part of East African culture and has long been used in mediating conflict and strengthening community cohesion in rural areas. Radio also remains a very popular medium in East African countries, and I believed that a song about COVID-19 could capture audiences in Tanzania on a large scale.

In that way, after lots of rapid lyric-writing writing and late-night recording, “Corona Tutaishinda” (“We will Defeat Corona”) was created by Tanzanians scattered across the world.

For this endeavor, I recruited some Tanzanian friends living in other countries who, like me, decided to pursue higher education abroad. First, I contacted a friend in Dubai who has a passion for making music and asked him to create a short music track for two verses and a chorus. Next, I reached out to two Tanzanians living in Boston and asked them to come up with some powerful lyrics. I recruited a Tanzanian artist friend in Canada to create the album art. 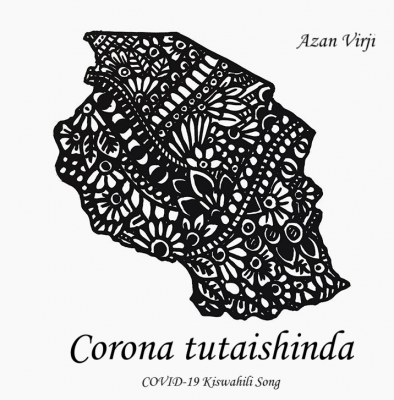 Recording the piece was by far the most challenging task. My only experience with singing was in theater in high school and in the Yale Russian Chorus in college. I had never rapped before nor even recorded myself singing. So I called in an expert—a classmate who has his own podcast. After a brief lesson on using Garageband and a professional microphone, I went for it. Even an outdated computer that kept crashing mid-way through recording couldn’t stop my zeal for making this song for my people.

“Corona Tutaishinda” not only educates listeners about COVID-19 but also provides a message of hope and solidarity. It has been playing on the radio station MegaFM in Arusha for close to two months now and is also available for download. All proceeds from online purchases go toward funding personal protective equipment (PPE) for Tanzanian frontline healthcare workers.

The United States is home to tens of thousands of Tanzanians who have emigrated from their home country and now call the US home. A group from the Tanzanian diaspora, myself included, have banded together to raise money to purchase PPE for frontline healthcare workers in Tanzania.

The current plan is to purchase PPE in Tanzania, to support the local economy. To distribute the equipment, we plan to leverage regional medical officers of Dar es Salaam and Pwani regions, who have inside knowledge of which hospitals in their respective regions are in the most desperate need of PPE. Demonstrating and ensuring accountability is a top priority, so the group has recruited experts on the ground in Tanzania to confirm that the PPE is distributed to those who most need it.

Our slogan, umoja wetu, ndio nguvu yetu—“our unity is our strength”—speaks to our emotional connection to Tanzania. Even though we are physically separated from our homeland, our commitment to helping Tanzania fight COVID-19 is strong.

According to the World Bank, COVID-19 will push an estimated 60 million people into extreme poverty. This, combined with regional mass flooding, will likely render millions of already poor people food insecure.

Hanif Gilani, a native Kenyan who is currently an internal medicine resident at Griffin Hospital in Connecticut, was not prepared to wait for the severe food shortages to hit his country.

Gilani partnered with fellow Kenyan Ashiana Jivraj, a student at the Harvard School of Dental Medicine, to start a nonprofit called, Towa Kitu Kidogo, or Give Something Small. This is a colloquial expression used in Kenya when asking for bribes, but Gilani and Jivraj decided to reclaim it to demonstrate how small donations in the right hands can create a large impact if given to those who need it the most.  To demonstrate accountability, they detail all donations and expenditure online on a public spreadsheet.

So far, the organization has raised over $15,000 and spent over $10,000 on initiatives such as feeding 150 first responders at the Jaramogi Oginga Odinga Teaching & Referral Hospital in Kisumu, Kenya.

Most recently, the NGO partnered with the Sikh Community in Kisumu to feed over 2,000 people confined to their homes because of the lockdown, and in some cases in communities that had been affected by flooding. Food deliveries were made in some cases by driving through two feet of water into villages that were cut off by the floods.