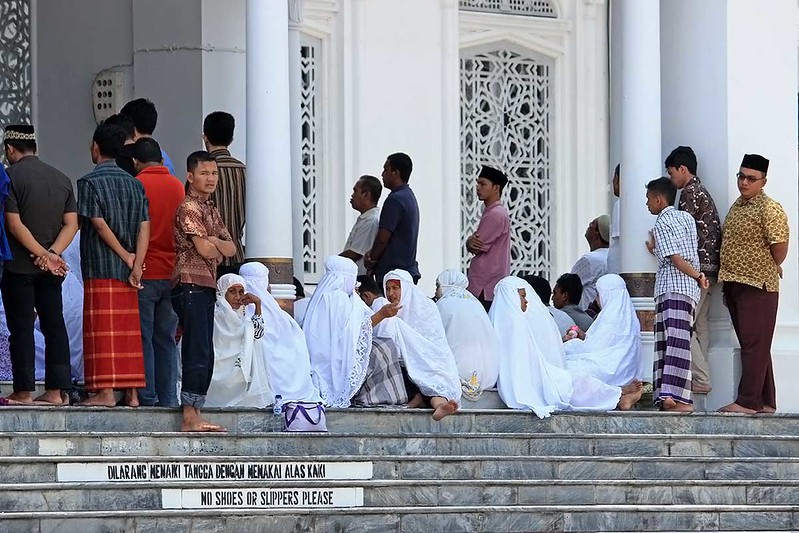 Several religious gatherings in Indonesia are believed to have played an outsize role in the spread of national COVID-19 clusters. This finding has created a headache for the administration of President Joko Widodo, which is talking up a New Normal to set the country back on track and is reluctant to anger conservative religious groups — an important source of political support.

On June 3, the state news agency reported that President Joko Widodo met with religious leaders to discuss the possibility of reopening places of worship that were closed due to the pandemic. Mosques and churches have since re-opened their doors, although they are not working at capacity.

The prospect of a full reopening has caused anxiety among many fearing a second wave of the virus.

Reopening the houses of worship amid this pandemic as mentioned in the letter by the Minister of Religious Affairs’ seems hasty. This move could potentially create new clusters because it's hard to detect attendees who don't show symptoms.

At first, authorities were reluctant to enforce measures to curtail religious activities in the face of COVID-19.

In February, Indonesian vice president and influential conservative cleric Ma'aruf Amin even cited qunut, a type of prayer recited against threats and bad omens, as crucial in helping to contain the virus.

But as COVID-19 cases rose in March and April, so-called virus ‘super-spreaders’  became a key topic in public discourse.

‘Super-spreading’ is a phenomenon applicable to disease transmission in all types of mass gatherings. But in Indonesia, these events have mainly been religious in nature.

In March, for instance, a Tabligh Akbar* was nearly held in the Indonesian province Sulawesi.

The provincial government failed to postpone the event and it wasn't until the central government in Jakarta issued a directive that the gathering was shut down. By that time it had brought together up to 8,000 Indonesian worshippers and several hundred foreigners.

This single event is suspected of causing virus outbreaks in 22 provinces, according to Indonesian health authorities.

Earlier the same month, a Christian retreat held in early March in Bandung, West Java brought 2,000 people together. Local governor Ridwan Kamil later described that event held at a hotel in Badung as one of four clusters in the province. Eight returnees from the retreat were hospitalised after testing positive for COVID-19, four of whom died.

The earliest tracing test for authorities came with an event held in neighbouring Malaysia February 27-March 1.

The four-day Tabligh Akbar at the Sri Petaling Mosque in Kuala Lumpur involved 10,000 people from various countries, including 700 Indonesians.

Ever since this event, which created one of the largest COVID-19 clusters in Malaysia, Jakarta has scrambled to track participants, since returnees largely ignored self-quarantine and testing instructions.

Indonesia has now begun via its embassies and diaspora leaders to actively monitor religious ceremonies and gatherings attended by Indonesians living abroad.

Between mosque, church and the state

Now the government has unveiled guidance for reopening places of worship as part of its New Normal campaign aimed primarily at rebooting the economy.

These recommendations have led to a mixed response, including from some religious leaders that have expressed concern about the public health impact of reopening places of worship.

Whilst the potential risk of ‘super spreading’ among mass congregations is one source of public anxiety, the impact of the recent mudik — an annual tradition that sees thousands of mostly urban dwellers traveling to meet their relatives in their hometowns to celebrate Eid — is just as worrisome

The Indonesian Board of Ullemas (MUI) issued a haram (forbidden) edict against this year's mudik in a bid to stop the propagation of the virus.

Many people, however, managed to exploit loopholes in the system by purchasing fake medical certificates on various e-commerce platforms that stated they were free of COVID-19 and therefore fit for travel. A spike in the number of coronavirus cases (currently just over 32,000 with 1,883 fatalities) is expected.

This month has also brought disappointment for over 200,000 Indonesians who expected to attend  the Hajj pilgrimage at the end of July.

The government veto came as Saudi Arabia dithers over whether or not to hold the event.

Acknowledging that pilgrims from the country with the world's largest Muslim population often wait years to get on the Hajj list, Indonesia's minister for religious affairs Fachrul Razi called the decision “very bitter and difficult.”

*A Tabligh Akbar is a type of mass gathering for people of the Muslim faith combining Koranic recital, sermon, and proselytism.