Black Lives Matter in Jamaica, too

There are calls for accountability in the Jamaican security forces 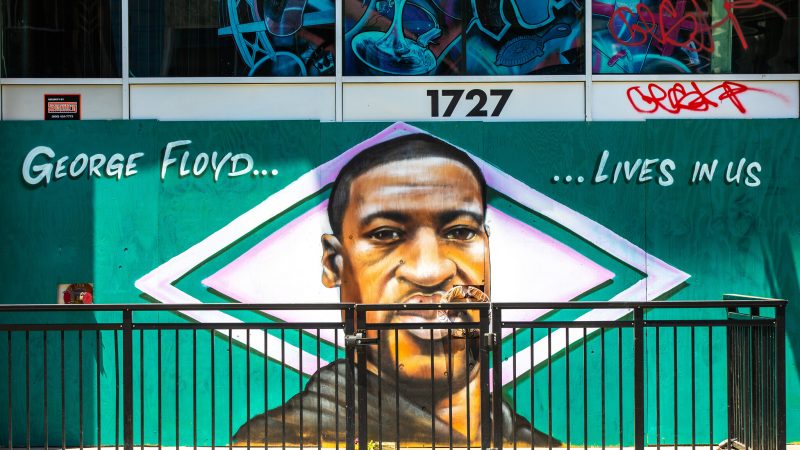 There is a Jamaican version of #BlackLivesMatter, and it’s a powerful one.

The tragic killing of George Floyd at the hands of a Minneapolis police officer and the subsequent protests in the United States — fanning outward across the world — have resonated powerfully with Jamaican netizens from the outset.

Similar concerns about police brutality and discrimination were raised in Jamaican public space with a distinctly local twist.

On May 25, George Floyd was killed by asphyxiation when police officer Derek Chauvin pressed his knee on Floyd's neck. Two days later, on May 27, Susan Bogle, who had an intellectual disability and was poverty-stricken, was allegedly shot dead at her home during a police/military operation in the sometimes volatile community of August Town, on the outskirts of Kingston.

Bogle's shooting is still under investigation by the Jamaica Defence Force (JDF) and the Independent Commission of Investigations (INDECOM), which investigates abuses by the country's security forces.

An elderly prison inmate, Noel Chambers, who languished for 41 years in the prison system, also died in horrific conditions. His deplorable physical state showed signs of neglect and emaciation. Their deaths have turned the already heated discussion on police brutality in Jamaica’s “neighbour to the north” to injustices at home.

Many on social media want the #BlackLivesMatter debate to be a wake-up call for human rights concerns in Jamaica. One Twitter user noted that, while Jamaicans are often incensed by police brutality in the United States, they do not recognise their own bias:

Some of you outraged at the people in America demonizing victims of police brutality and don't realise you do the same thing here. Every young man killed in Jamaica has been labeled a criminal. When ghetto people protest you all accuse them of protecting criminals. Think on that.

Human rights lobby group Jamaicans for Justice issued a statement on the Bogle shooting. INDECOM has not yet determined who fired the fatal shot as Bogle lay on her bed, although four soldiers have since been taken off front line duty. At a press briefing, Lieutenant General Ricardo “Rocky” Meade conceded that body cameras are virtually non-existent within the security forces.

Prime Minister Andrew Holness visited Bogle’s dilapidated wooden house and met with family members in August Town, a community that has been hard hit by periodic gang violence over the past two decades:

Earlier today, Prime Minister @AndrewHolnessJM and MP @fayvalwilliams visited the family of Susan Bogle, a disabled woman who was killed in her home during an alleged altercation between lawmen and gunmen in August Town. Photographed with the PM is her son, Omari Stephens. pic.twitter.com/WwZaIIfR0a

Media coverage of the visit seemed to focus on the conditions in which she lived and the rising crime rate in the community, rather than on her family’s desire for justice. In a comment to Reuters, her son, Omari Stephens, pointed to the stigma that urban, black, poor communities face in Jamaica, saying, “It's as if living here is the ultimate sin.”

Following his own visit to the disenfranchised community, National Security Minister Horace Chang commented, “There is too much violence in Jamaica”:

On May 29, INDECOM launched its January-March 2020 report, titled “Detained at Pleasure: Institutionalized Human Rights Breaches.” The document included the story of Noel Chambers and contains graphic photos of his body.

The Ministry of National Security has since ordered an audit into INDECOM's findings.

The horrific case of Noel Chambers, jailed for life (41 years in his case) without a trial, should never happen. An inquiry must be held and come to one of two outcomes: either an individual was negligent and is held accountable or it was a systemic failure and reforms announced. pic.twitter.com/tAi9s5dgqI

After Prime Minister Holness said he was “embarrassed” at the situation, The Norman Manley Law School Human Rights Committee commented on his reaction to Chambers’ death:

If our leaders and policy-makers,over successive governments,felt strongly enough about this issue to take meaningful and decisive action, we would not have so many #NoelChambers in the system even now. This is an institutionalized problem that they have ignored for far too long. https://t.co/RQDqdFey9g

On June 5, a heated protest erupted in Cockburn Gardens in Kingston, as a result of the alleged shooting death of 32-year-old Jermaine “Shawn” Ferguson. The case is now also under investigation by INDECOM.

On June 6, a large and energetic protest focusing on human rights abuses in Jamaica took place outside the United States Embassy in Kingston, — even Ambassador Donald Tapia took part:

US Ambassador @AmbassadorUS_JA
join local Jamaican activists in a peaceful protest against racism and discrimination staged in front of the U.S. Embassy. pic.twitter.com/XoKgqX2cky

The names of several Jamaicans who died as a result of police brutality, including Mario Deane and Michael Gayle, appeared on placards.

One sign summed it up: “Justice for George Floyd and all local injustice!”

A young attorney who resides in August Town, where Bogle lived, joined the protest and tweeted a list of names:

As my brother stands up for justice, I invite you all to do the same. Do not allow them to get away with the killing of #SusanBogle or others like her. We are aware that there are gunmen in the inner cities, they’re uptown also. The person who killed her must be held accountable pic.twitter.com/YUHXkA07Kq

The events of the past two weeks have caused Jamaicans to raise their awareness of social justice issues — especially younger generations. An editorial cartoon in The Jamaica Observer, for instance, which depicted protesters as looters under the guise of demonstrators, had to be withdrawn due to a wave of outrage. The newspaper later issued an apology.

Let me ask you a question that I am asking myself!
Are we continuing to feed the same system we are fighting? Tell me how?
Good Morning my people! pic.twitter.com/uVkPHJ28Z8

In a letter to the editor, one high-profile defence lawyer pointed a finger at human rights watchdogs:

Ironically, these very same individuals or organisations, part of whose mandate it is to guard against such abuses, have not included in their arguments any modicum of introspection about their own purposes and whether there is a causal link between failings on their part and this situation.

The incidents of Susan Bogle and Noel Chambers demonstrate in the clearest form an unwillingness to confront our own ills in society and take a proactive approach to dealing with them. For the moment, it appears to be all about platitudes. We have all failed the Susan Bogles and Noel Chambers of this country.

Kyrseliz expressed the hope that Jamaicans will keep up the pressure:

Whether or not such public pressure will translate into action by Jamaican leadership remains to be seen, but the atmosphere — inspired by the tragic fate of George Floyd — has definitely changed.