There are parallels between police brutality in US and Uganda 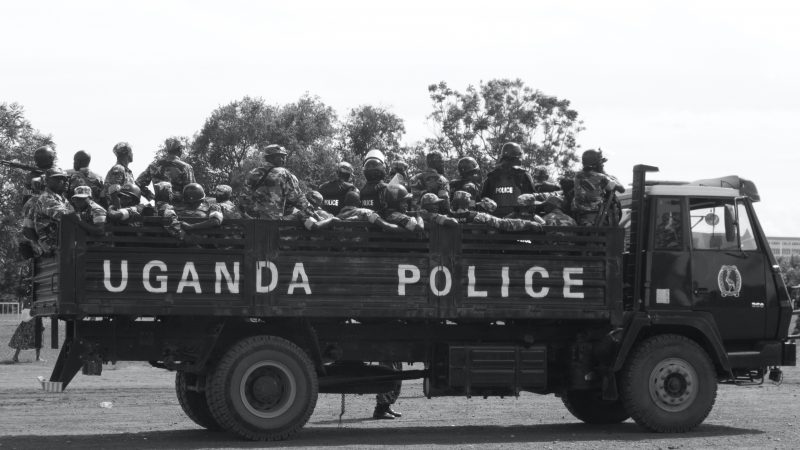 The dreadful killing on May 5 of George Floyd, an African American man in Minneapolis, Minnesota, in the United States, has struck a chord with Ugandans on social media.

#GeorgeFloyd has trended in Uganda for over a week.

Reactions to the death ranged from messages of solidarity with protesting Americans, to criticism and calls for accountability for human rights abuses by the Ugandan state.

In Uganda ?? it largely political.

The common denominator are the murders.

There are parallels between police brutality in the US and Uganda, a country still haunted by the ghosts of its violent past.

The US military often provides training support to the Uganda police. A Ugandan journalist and analyst Ronald Kato argued:

Given that senior African security figures travel to train in the United States — and that many African security forces receive training from the U.S. military — we can now argue that the militarisation of countries’ police forces has its roots in America.

After emerging from civil wars in the 1980s and a new progressive Constitution with a comprehensive bill of rights promulgated in 1995, Uganda is back full circle to its turbulent past.

The right to freedom of association is considerably limited in Uganda. The Public Order Management Act, which required organizers to notify police of any planned public assembly, was enacted in 2013.

For close to a decade, opposition rallies and university students’ protests were unfairly targeted by the police purportedly enforcing the law. On March 26, 2020, the judges of the Constitutional Court in a 4-1 decision annulled the law and declared all acts committed by the state pursuant to it unlawful.

For lawyers and activists, skepticism about free assembly in the country still lingers on despite the decision. Anthony Masake, a lawyer with Chapter Four, a Ugandan human rights organization, told Global Voices:

I expect that the police will still continue to regrettably clampdown on peaceful public processions. That interest can be seen in the government's decision to appeal against the court decision that declared police powers to block peaceful assemblies unconstitutional.

The Public Order Management Act was fashioned out of provisions of the Police Act that had been declared unconstitutional by judges of the Constitutional Court in 2008.

It is predictable how police will respond to public processions in Uganda in the aftermath of the Constitutional Court's annulment of POMA.

Only two months after the decision, activist Stella Nyanzi was violently arrested by police while she protested the government’s coronavirus response. Police in the northern town of Gulu arrested protestors, including two members of parliament, during a protest over rising coronavirus cases.

NRM minister tweeting #GeorgeFloyd like his government agents didn't shoot at, & kill bodaboda guys, over COVID-19 restrictions. Not one or two.
Take a damn seat.

Masake believes the state's blatant disregard for the rule of law requires a matched citizen and legal response.

Beyond getting progressive decisions from courts, litigation helps change narratives to raise awareness and drum up public support in the fight against repressive laws. We are also using litigation to hold individual law enforcement officers accountable for acts of police brutality…I hope that citizens can stand firm and hold their leaders to account during their tenure or at the polls.

While Ugandans await the Supreme Court to pronounce itself on the Public Order Management Act appeal, citizens are set to go to the polls in 2021. Coronavirus cases have risen to above 500 and the country is emerging out of a three-month lockdown. It is still unclear how significantly the election roadmap will be altered by the pandemic.

The right to freedom of assembly is critical to the conduct of free and fair elections.

Global Voices spoke to Saasi Marvin, a political activist, about how his “People Power”  political pressure group will navigate the uncertain legal environment on freedom of assembly as Ugandans prepare for the polls:

It's not that they were enforcing the law. They were using it as an oppressive tool. Now they have resorted to an archaic legal provision…instead of charging people with unlawful assembly, they are charging them with disobedience of lawful orders. We may have only one option — which is to defy oppressive laws.

Edna Ninsiima, a Ugandan feminist writer and activist who has been vocal online regarding women’s rights, told Global Voices:

The best way to achieve even results from online activism is not to give in to the naysayers. Society often responds to activism online with contempt or doubt. But we've seen over the years with the womxn's liberation and recently the MPs’ [members of parliament] 20 million saga that when you're persistent enough, they will have no choice but to listen. The downside to many Ugandans off and online is that we are a mostly apathetic or perhaps resigned citizenry — people only respond to what affects them directly. So, there's a need to work toward awakening the population's consciousness.

In 2019, the Ugandan parliament passed the Human Rights Enforcement Act. In two separate judgments, courts have held police officers personally liable for torture and unlawful detention of suspects. The role of citizens in helping lawyers bring perpetrators to account is pivotal.

…in the case of police brutality, the same attitude must be maintained: putting names and faces to the officers in question, tagging individuals in government agencies and demanding that they take actions and most importantly — being consistent.

As activists navigate the legal minefield regarding freedom of assembly, they must find new ways to organize.

It is definitely important to have allies among law enforcement in this case. The Women's March in 2018 benefited from the hard work of womxn in both mobilization of the masses and negotiations with law enforcement. Building solidarity and demanding a seat at the decision making tables in several spaces to ensure that there is accountability can and have worked. The women leadership of Nakawa market vendors in Uganda, for example, have seen to it that sexual harassers are fined, suspended and/or expelled. It is this solidarity that has given women the confidence to publicly shame their abusers in the wake of #MeToo movement.