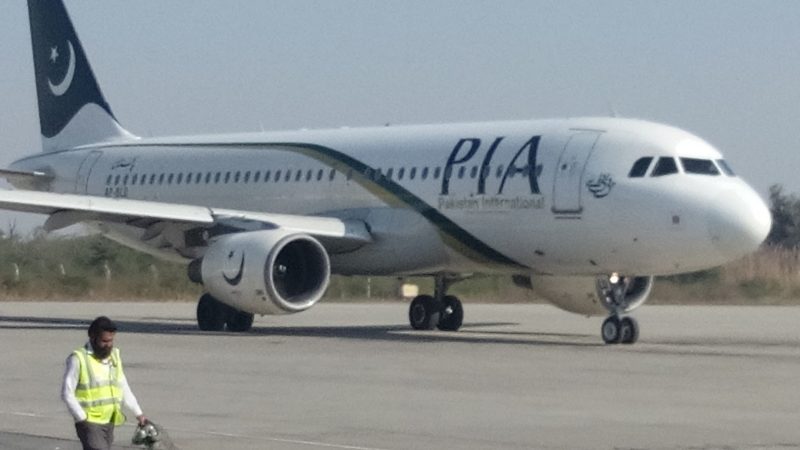 On 22 May, a domestic Pakistan International Airline (PIA) flight departing from Lahore, in Punjab province, to Karachi, in Sindh province, crashed minutes before landing — killing all but two of the 99 people on board. Of the passengers, most of whom were flying to celebrate Eid with loved ones, nine were children. The plane crashed into a residential area causing 11 on-the-ground injuries and one death, it also damaged several homes.

As the grieving families attempted to identify their loved ones, many decried the ineptitude of competing local governments and the airline company. The role of the media and the spread of misinformation about the crash has also been deplored.

Lack of coordination between Sindh and Punjab delays identification efforts

The extent of physical damage to the victims meant that the only option for successful identification was via DNA matching. The victim's families were asked to give DNA samples; however, the process was quickly coopted by disagreements between the Punjab and Sindh state authorities. Sindh Provincial Minister for Health and Population Welfare Dr. Azra Fazal Pechuho did not allow the Punjab Forensic Science Agency (PFSA) to take the DNA samples back to Lahore (1200 km away) in Punjab province. Instead, she declared that the DNA sampling would take place at the Forensic/Genome Lab at nearby Karachi University in Sindh province.

A week after the crash, many families complained that they were still waiting for authorities to inform them about the identities and the process for retrieval of their loved ones. Some also stated that Punjab province had a better forensic lab which could provide the results within a day.

1 week on,mother who lost 2 children in #PIACrash still trying to find their remains
Flawed DNA sampling & delay in results adding to the pain of victims
I wish Pak govt rather than get 2gether in saving head of PIA,ensure the quick identification process
pic.twitter.com/KUmKDQqPae

The bodies were taken to two different hospitals in Karachi where some families tried to find loved ones by identifying their personal belongings. Faisal Edhi, the head of social welfare organization Edhi Foundation, expressed concern after 19 bodies were forcefully taken by families without DNA testing:

…since the bodies were badly burnt, there are high chances that they were wrongly identified, considering that there are possibilities of deceased belongings getting exchanged.

This led to a further delay in the identification process of the rest of the bodies.

Arif Iqbal Faruqui's wife and three children were among the passengers, and while his wife and one child were identified early in the process, two children were not. In a Facebook video, he appealed to Prime Minister Imran Khan for help.

With the help of Faruqi's brother-in-law, Faizullah Jawad, and Dr. Khurram, the head of the Punjab Forensic and DNA Lab, that Faruqi found his two children after almost a week. He said that the system needed improvement to handle something like this in the future.

The role of PIA

Families voiced their concerns about the indifferent attitude of PIA, the lack of coordination, and handling of the situation by the departments concerned. Relatives complained about the unprofessional and insensitive conduct of the airline's staff while communicating or answering queries.

Adil Rahman, who lost both his parents in the crash, tweeted about PIA's ‘callous, insensitive, and incompetent behaviour, and in subsequent tweets also described his ordeal.

I lost both my parents in this tragic & horrific crash. I submit to Allah’s will. However the ordeal we are suffering at the hands of #PIA is inexcusable. Callous, Insensitive, incompetent…. #PIAPlaneCrash

@Official_PIA it has been 4 days, how hard is it to organize a communication protocol that is both accurate and compassionate. Why are we getting multiple phone calls at every shift change asking extremely crudely, “aap ko bodies mil gai hain?”

Adil Rahman was also only able to identify his parents after a week.

My brother and her father went to Karachi to give DNA samples. PIA had assured us that they will help us find her and on 30 May her body reached Lahore. Funeral prayers were offered at the airport first and then at our house.

On June 4, Sindh Chief Minister Syed Murad Ali Shah finally announced that 94 bodies had been handed over to their relatives after identification.

This was the 18th plane crash for PIA since 1965. The Government has announced that the findings of the airplane crash report will be discussed before the parliament on 22 June.