Language activist Kpénahi Traoré is determined to halt its spread 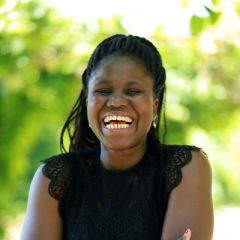 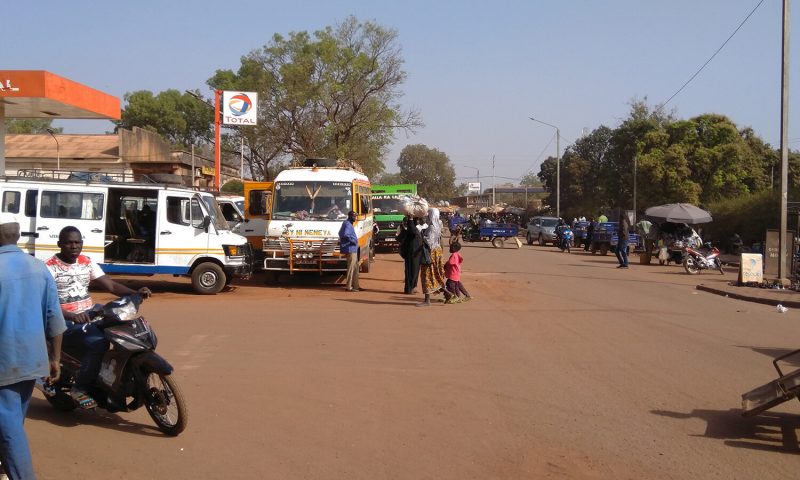 Editor’s note: This personal essay was written following a Twitter campaign organized by Global Voices sub-Saharan Africa and Rising Voices where each week, a different language activist shared their perspectives on the intersection of digital rights and African Languages as part of the project, “The identity matrix: Platform regulation of online threats to expression in Africa.”

A few weeks ago, I received a WhatsApp message consisting of a voice message and a video about COVID-19 in the Bambara language. The 26-second audio alleged that the virus was created in a laboratory by white people. 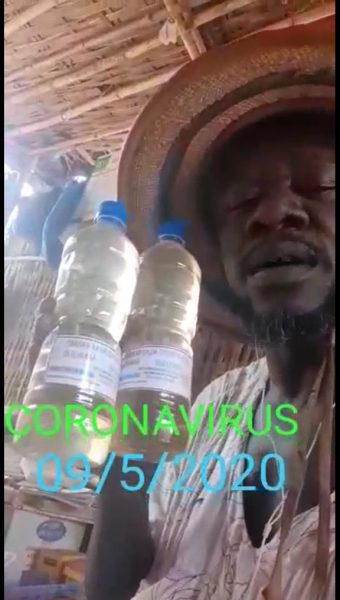 Screenshot from a video received on WhatsApp, of a man displaying a liquid which he claims cures coronavirus in Bambara language.

The second file, this video, was about a supposed herbal treatment for the coronavirus. For almost two minutes, a man displayed a bottle filled with a colorless liquid, which he claims cures COVID-19.

This type of disinformation is rife among the Mandingo community and sadly, people believe it.

With a population of 11 million people, the Mandingo ethnic group cuts across the West African countries of Guinea, Cote d'Ivoire, Mali, Senegal, the Gambia and Guinea-Bissau.

Mandingo (also called Mandenkan, Maninka, Mandingo, or Manding) is a tonal language but with different varieties spoken across countries in Western Africa. In Mali, it is called Bambara/Bamanankan. In Cote d'Ivoire and Burkina Faso, it is known as Dioula. In Guinea, they say Malinke, while in Senegal and the Gambia, it is called Mandingo.

‘Who cares about mis-and disinformation in a minority language like Bambara?’

There is currently no control mechanism to track fake information in Bambara. Communities have not been educated that digital platforms like WhatsApp and Facebook are also potentials vectors of fake news.

False information is a big issue in most African languages like Bambara. People spread fake news unintentionally because they do not realize the danger. They cannot imagine that someone can write or record something that could be false.

Misinformation and disinformation in Bambara spread in various digital platforms like Facebook and WhatsApp. This has become more pronounced with the COVID-19 pandemic. Some examples are that Africans are immune to coronavirus or this disease infects only the wealthy. Others claim that the virus does not exist. These falsehoods delay the implementation of protective measures against the new coronavirus.

Disinformation about COVID-19 had already taken root among Bambara users in some countries before authorities started awareness campaigns like maintaining social and physical distancing in public places. For instance, Rémi Djandjinou, Burkina Faso’s minister of communication explains (as shown in the video embedded in the tweet below) in Dioula/Bambara language on hygiene measures to fight coronavirus.

For example in this video Burkina Faso communication minister try in #bamaba #dioula language to explain th barrier gestures against coronavirus. This is good but not enough https://t.co/jwoL6kf7QJ

Language inclusivity and the fight against online false news 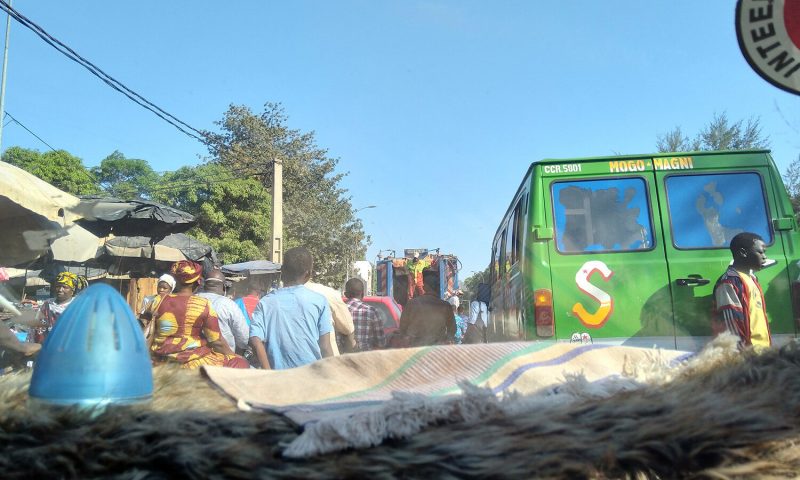 Mɔgɔ man ɲi (“People are bad”), a Bambara language inscription on a bus in the busy traffic of Bamako, Mali. Image/translation by Coleman Donaldson/An ka taa and used with permission.

There is a similarity between the spread of false information and the transmission of COVID-19.

Someone receives false news from a digital platform, consumes it and then shares it with a dozen people. The recipients equally share it with others as well, and soon, the message goes viral.

In the case of the coronavirus, one person can infect more than five people, according to a recent study by Steven Sanche and five other scientists from Los Alamos National Laboratory, United States. The infected people will equally transmit the disease to others.

Due to the massive sharing of disinformation, WhatsApp recently imposed a limit on message forwarding to curb the spread of rumors and viral messages that lead to disinformation.

Sadly, there is no project with Bambara.

It is time for african local languages as #bambara to take a place on the internet. The many languages missing from the internet #africanlanguagesmatter https://t.co/jQvqxafG2Q via @BBC_Future

I recently asked a journalist from Africa Check in Senegal why Bambara was not considered in the Facebook collaboration on African languages. He said that since neither he nor his colleagues are Bambara speakers users, they cannot possibly fact check mis- and disinformation in that language.

Unfortunately, this was a lost opportunity to work on a specific project to identify and check disinformation in Bambara.

Bambara is hardly considered in many international interventions unlike Yorùbá and Igbo (languages from Anglophone Africa). Oftentimes, African languages from French-speaking countries are often forgotten in local language development projects.

At RFI (Radio France International) where I work, the Bambara language newsroom is streamed on the internet. But this is a French public media project and not an initiative from Bambara speaking countries.

Digital platforms can give Bambara a new breath by showing that it is a dynamic language. There are few projects and initiatives to promote Bambara on the internet.

Coleman Donaldson, a linguistic anthropologist at the University of Hamburg is the founder of An ka taa (“let’s go”) an online project that teaches Bambara language. An ka taa also makes information about Bambara cities like Bamako or Bobo Dioulasso, where Bambara is spoken, available online. It is an ambitious project, considering that it is a nonprofit and lacks institutional financial support.

In Mali and Burkina Faso for example, offline local media promotes Bambara. Even if they want to be visible online, they can’t because they lack internet access.

I hope that one day, Bambara speakers can find spaces for discussion on the internet, spaces that take full account of the spelling and evolution of the language's vocabulary, that Bambara evolves with the world #identitymatrix

Another obstacle is that digital technologies are not designed for African languages, even though the “choice to create and disseminate information through the internet” in one’s language is digital right, as stated in the African Declaration on Internet Rights and Freedom.