Is the Caribbean winning the fight against COVID-19?

It's an uncertain picture; Part 1 of 2 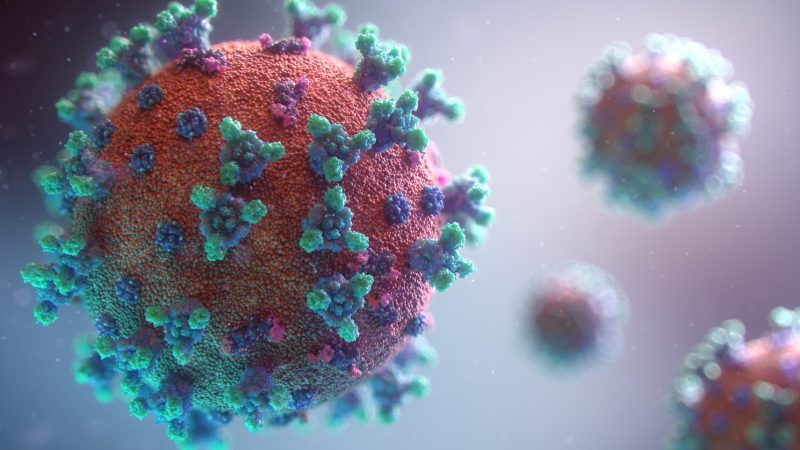 The first case of COVID-19 was confirmed in the Caribbean on March 1, 2020, when an Italian tourist in the Dominican Republic fell ill. On March 19, that country, which shares a border with Haiti, declared a state of emergency and to date, still has the highest number of positive cases in the region.

But how is the rest of the Caribbean faring? Are there signs of steady management of the virus? Is the Caribbean past the worst — or simply enjoying a quieter period before the much-feared second wave? What restrictions remain in place, and how are Caribbean nations working toward opening up, especially with regard to travel and tourism, both mainstays of regional economies?

It’s a mixed bag, and the next month or two will be critical as Caribbean governments try to balance public health and economic issues. Thrown into the mix is the fact that 2020 is a general election year for several regional territories.

In this, the first of a two-part series, we will offer a quick overview of how various Caribbean nations have been dealing with COVID-19. In the second part, we will examine the need to reopen regional economies — the majority of which are tourism-dependent —and the threat that this may pose.

Barbados, with a larger population of about 287,000, is one of them. Another heavily tourism-dependent territory, Turks and Caicos Islands, also has no cases and plans to reopen its borders on July 22.

All these islands are gradually easing restrictions, including the introduction of shorter curfew hours and the reopening of businesses and schools. St. Kitts is focused on holding its general elections on June 5.

Other regional territories — mostly larger ones — continue to face a range of challenges.

The Bahamas (population 385,000) is working toward an easing of some restrictions on certain islands, including the reopening of its borders by July 1. With 43 active cases, however, it is not quite out of the woods just yet.

Adding to the concern has been the 2020 Atlantic hurricane season, which officially began on June 1. Nine months after the devastation of Hurricane Dorian, some of the islands in its archipelago are still in recovery mode.

With a population of about 64,000, Bermuda remains cautious despite its declining number of active cases among its 141 confirmed cases; 47 of these are at care homes.

The government, concerned that citizens are not adhering to social distancing rules, has declared “zero tolerance” for violators. At the same time, however, the island's premier, David Burt, says he is “not willing to write off this year’s tourism season.”

With a population of 11.3 million, Cuba has recorded 2,083 cases of COVID-19, with 83 deaths. The country is currently dealing with 165 active cases and does not seem set to loosen restrictions over the next few weeks. Its borders will likely remain closed until July 1 at the earliest.

A nation with just 71,000 people, Dominica has been doing well in the COVID-19 fight, logging only a few cases, but has just acquired two new ones (repatriated cruise ship workers).

On June 1, however, the country recorded its first COVID-19 cases in almost two months: two repatriated cruise workers, both asymptomatic. They have been placed in mandatory quarantine, bringing the country's most recent numbers to 18 total coronavirus cases, with 16 recoveries.

Both the Dominican Republic (DR) (population 10.3 million) and its Haitian neighbours (just over 11 million) continue to grapple with rising COVID-19 numbers.

Restrictions on social activities in the DR remain tight, but despite its 17,572 COVID-19 cases and 502 deaths to date, as a major tourism player, it expects to open its borders on July 2.

On May 25, Haiti became the first country in the 15-nation Caribbean Community (CARICOM) to reach over 1,000 COVID-19 cases, having recorded over 300 new cases in three days.

The nation now has over 2,000 cases. Coupled with the social, economic and political challenges, the country may soon be trying to juggle its already limited financial resources to ease the burden on its health and social systems.

Though preoccupied with its own hotly contested elections, which were held on May 25, this CARICOM member state, located on the South American mainland, has only one active case of the virus.

Also a mainland CARICOM state, Guyana is still recounting votes that were cast in its highly controversial general election, held in early March.

As citizens await the results, which are now due to be announced by June 16, the country also faces a rising number of COVID-19 cases, with 12 deaths to date.

At the time of publication, the island has recorded a total of 588 cases and 9 deaths, with the number of recovered patients increasing to 322. Repatriated workers (totalling approximately 2,300) have been arriving in waves from several cruise ships. It has a total of 10 deaths (a new one reported on June 3).

While social distancing measures and curfews remain in place, local businesses got back to the new normal on June 1, the same day the country's borders reopened to incoming citizens. The island's borders will open to tourists on June 15. Details of travel protocols have not yet been announced, but tourism minister Ed Bartlett declared on May 31 that he aims to make Jamaica a “COVID-resilient visitor destination.”

The US territory of Puerto Rico, with 3,189 cases and 127 deaths, has not yet reached the point where it can relax restrictions. In the aftermath of devastating hurricanes in 2017 and a series of earthquakes this year, it is still attempting to build resilience, even as it stares down the economic perils caused by the pandemic.

St. Vincent and the Grenadines

The scattered islands of St. Vincent and the Grenadines, though weathering the COVID-19 storm well, have now reported 29 additional cases — repatriated nationals who recently arrived on a Royal Caribbean cruise ship. More people are being tested and quarantined.

One Caribbean nation that has consistently shone in the COVID-19 fight is Trinidad and Tobago. The twin-island republic recorded its first case on April 26, and has since succeeded in flattening the curve.

Health Minister Terrence Deyalsingh stressed that reopening “has to be a gradual, well-thought-out and measured process.” Whatever measures are put in place will naturally have an impact on how the country's general elections, due later this year, are handled.

In the second installment of this series, we'll examine exactly how the process of reopening small island nation economies will be impacted, even as COVID-19 remains a global health threat.