Discrimination is criminalised, but Nepal's caste system is crippling 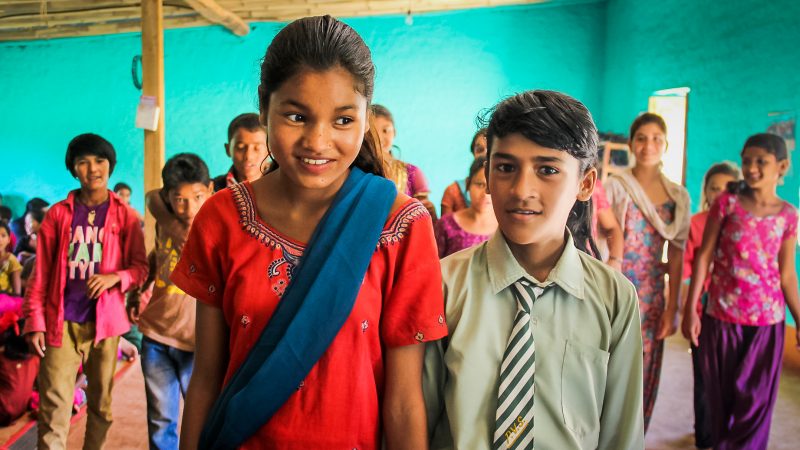 Despite the country's multiculturalism, minority groups in Nepal — known as Dalits or untouchables — are often subjected to various forms of discrimination, which ranges from hate speech and abuse to rape and murder.

Most recently, on May 24, two Dalit boys, Nawaraj Bishwakarama (BK) and Tika Ram Sunar, were found dead on the banks of the Bheri river in the Jajarkot district of Southern Nepal. Three other bodies of Ganesh Budha, Sandip BK and Lokendra Sunar were found later and another youngster, Govinda Shahi is still missing. An inter-caste love relationship was deemed to be the major reason for their tragic deaths.

Nawaraj, a 21-year-old from Jajarkot who loved playing sports and wanted to join the police force, was born into a Dalit family. He fell in love with Sushma Malla, an upper-caste, 17-year-old girl. Once her family learned about their relationship, Nawaraj and his family received frequent warnings to keep away from her, and on one occasion, he was reported to the police.

Sushma's family wanted to marry her off with someone from her own caste, so she reportedly asked Nawaraj to rescue her before they did. On the night of May 23, Nawaraj — accompanied by 18 friends — headed to Sushma's village of Soti, in the Rukum district, so that the two could elope. Upon their arrival, they were chased, stoned and beaten. In an attempt to save themselves, some of them jumped into the nearby river and managed to escape, but Nawaraj and five of his friends didn’t survive the fall. Five bodies have been recovered so far, one still missing, and other members of the group were handed over to the police and were released later.

One survivor told to media:

Nawaraj was badly beaten up by the crowd. All his body parts, including his head, were seriously injured. He wasn't able to move and he was thrown into the river, he was not in a condition to even swim [so he] could survive.

After the incident, police arrested Dambar Bahadur Malla, Sushma's father and ward chair of the local municipality, along with fifteen others in connection with the incident.

Protests over the murders

Various human rights organisations and Dalit leaders have been pressuring the government to take immediate action on the case and provide justice to the victims’ families:

Although protests and discussions are ongoing in different parts of the country, many fear that this case will soon be forgotten, like so many others in the past. One Twitter user explained:

Rukum's incident is a heinous crime. It is heartbreaking to hear the statements of two friends who ran away with Nawaraj BK, who escaped from the crowd [in order] to save their own lives. After listening to his friends, it will not be difficult to understand that Nawaraj was killed because he was a Dalit. The lives of Nawaraj and his friends will not be returned by any logic/gossip.

The criminalisation of caste-based discrimination is only on paper

Despite laws to the contrary, caste-based discrimination is a festering sore in Nepalese society, as Dalits face continuous social prejudice and violence.

On May 23, 2020, one day after a 12-year-old Dalit girl from the western Rupandehi district was forced to marry her upper-caste rapist, she was found hanging from a tree. Preliminary police investigations suggest that she had been raped and murdered.

Every year in Nepal, many cases of inter-caste marriage are reported. In 2016, for example, 18-year-old Ajit Mijar married his upper-caste girlfriend Kalpana Parajuli. Five days later, his body was found hanging. By the time his family arrived on the scene, the police had already buried him, and — without any investigation — declared his death a suicide.

According to the Article 18 of Nepal's Constitution, caste-based discrimination is criminalised — but while the country announced itself as an untouchability-free nation in 2006, the Act only came into effect in 2011 and is not enforced. Most cases of caste-based discrimination are swept under the carpet, the police often fail to investigate reports of violence against Dalits, and perpetrators often go unreported or unpunished.

Entrepreneur Shiwani Neupane challenged the media not to shun their responsibility:

I hope the Nepali media will continue to follow on the story of lynching of innocent Dalit boys in Nepal till justice is served. There is no space for impunity and that should be clear to everyone. I beg the media to not set this aside and move to the next news cycle. Please.

Dalits remain one of the most underprivileged groups in Nepal, prompting the successful social entrepreneur and human rights activist Bishnu Maya Pariyar, who came from a low-caste family, to return to Nepal and produce a documentary, “Untouchable”, on the discrimination that she faced growing up:

The caste system is categorised in a hierarchical arrangement, with Brahmins (priests) at the top, followed by Kshatriya (warriors and princes), Vaishya (farmers and artisans), and Shudra (shoemakers, tailors, metal workers, and servants). A fifth element varna categorises those deemed to be entirely outside its scope, including tribal people and untouchables such as Dalits.

According to a comprehensive 2011 census report, Dalits made up 13.6 per cent of the total population (approximately 3.6 million people), but some researchers estimate that the number could be more. The census is conducted every 10 years in Nepal; the government is currently preparing for new census data collection.

The caste system has played an influential role in Nepal’s social, economic, and political landscape. Most higher caste people are in positions of leadership, while Dalits are held back economically, socially, culturally and politically. In some parts of Nepal, Dalits are still not allowed to use public taps, temples, or shops.

Though such incidents — which range from social exclusion to murder — are still prevalent nationwide, they are usually felt most strongly in conservative regions like Western Nepal, although the cities exhibit the underlying prejudice in subtler ways.