COVID-19 may have closed Japan's borders, but YouTube is open 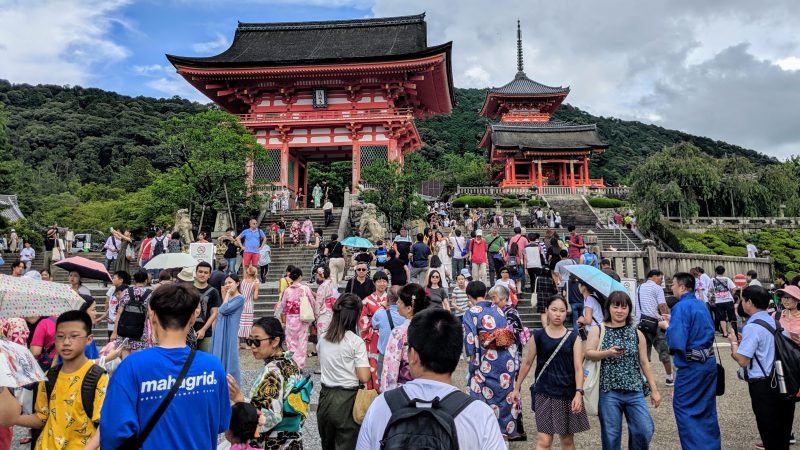 At the end of May, in an effort to prevent the transmission of COVID-19, Japan had virtually closed its borders, denying entry to citizens of at least 111 countries. Besides stranding some permanent residents of Japan abroad, separating them from their families, the border controls effectively shut down inbound tourism, causing the number of visitors to the country to drop by 99.9 percent compared to just a year before.

With the Japanese government releasing no information on easing entry restrictions, there are plans to help subsidize Japan's tourism industry by encouraging domestic travel. For would-be foreign visitors, however, Japan's travel ban makes it impossible — at least for now — to plan a vacation. Luckily, YouTube is the perfect vehicle through which to arrange your own virtual tour of Japan.

The YouTube channel Anna Film Production produces short videos of interesting and scenic spots in the Kansai region of western Japan. The densely populated area, centered around Japan's second city of Osaka, includes the historic capitals of Kyoto and Nara, and the port city of Kobe. The region's combination of urban landscapes, cultural sites and mountainous natural beauty make it a prime tourism destination.

While Anna Film Production does upload videos of some of the more famous tourist spots in Kansai, including the Great Buddha of Nara and the Fushimi Inari shrine in Kyoto, as well as cherry blossoms and maiko (apprentice geisha) in various locations, the channel also takes visitors on a virtual tour of some fascinating places, far off the beaten track.

The Tomogashima Islands, which lie about 100 kilometers southwest of Japan off the coast of Wakayama Prefecture, feature the ruins of forts first built in the 1880s as part of Japan's coastal defense system.

It's said that the red-brick ruins on the islands resemble Laputa, the floating “Castle in the Sky”, from the Studio Ghibli movie of the same name.

This video allows us to travel to Maizuru, in the rural, northern prefecture of Kyoto, a place that can be hard for tourists to access from central Kyoto or Osaka.

In this case, we're given a guided tour of retro vending machines dating back at least forty years, at a rest area on the road along the Yura River, between Maizuru and tourist hotspot Amanohashidate.

Despite being located next door to Kyoto with quick and easy rail access — and having its own fair share of sightseeing spots — Shiga Prefecture is off the beaten path for most tourists.

Gokasho, on the east side of Lake Biwa, features a neighborhood of well-preserved merchant houses. When inbound tourism does resume in Japan, it's unlikely Gokokasho will see the huge crowds that have crushed nearby Kyoto over the past few years.

Apart from dozens of high-quality travel videos, there are more gems to be found. The channel includes some rare historical finds, including scenes of Tokyo in 1958, Nagoya in 1955, and Nara in 1954, when Japan was truly off the beaten track for tourists.