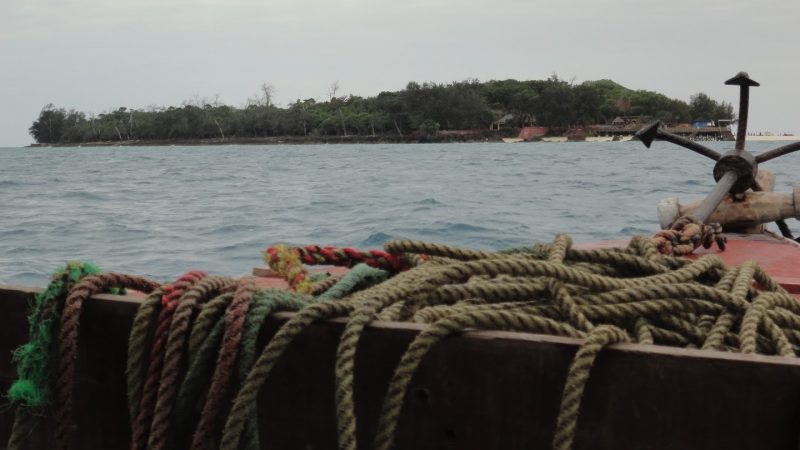 Prison Island off the coast of Unguja, Zanzibar, established in 1899 as an East African colonial quarantine station to prevent the spread of the bubonic plague. Photo by Jessica Ott, used with permission.

When the first case of COVID-19 was reported on March 8 in Zanzibar, East Africa, the government closed schools and banned unnecessary public gatherings to prevent the spread of the coronavirus.

Authorities encouraged social distancing and 14-day quarantines among people who may have been exposed but did not order a full lockdown. In a show of due diligence, Second Vice President Seif Ali Iddi self-quarantined for 21 days upon his return from a diplomatic visit to Cuba. Several doctors also reportedly self-quarantined.

Yet, some members of the political opposition have questioned whether these measures are enough.

On Twitter, debates about the government's response to COVID-19 began to conjure up memories of colonial quarantining measures on the islands — which were often based on racial segregation. Zanzibar came under Omani rule in 1698, although the sultan’s power was seriously undermined when the British declared a protectorate over the isles in 1890.

On April 25, Ismail Jussa, an Alliance for Change and Transparency (ACT) opposition party politician in Zanzibar’s House of Representatives, sparked a Twitter discussion about colonial quarantining measures after he condemned the government’s lackluster response to COVID-19.

Citing the British colonial administration’s successful efforts to curb the spread of the Spanish Flu in 1918 through an enforced quarantine, Jussa questioned why the government had not learned from its own history and enacted more forceful quarantining measures:

History has shown us that in 1918, Zanzibar controlled the Spanish Flu through forceful quarantining. Now, 100 years later, the coronavirus has arrived, and it has unfortunately found Zanzibar with puppet leaders who lack self-confidence and are incapable. They are being told to make important decisions, but they are too afraid to speak.

Thamoka, one of Jussa’s more than 79,000 Twitter followers, criticized Jussa for lauding an era when their ancestors were under Omani rule and relegated to the supposed African quarter of Zanzibar Town called Ng’ambo.

Thamoka’s tweet reflects a common understanding of history put forth by Tanzania’s ruling Chama Cha Mapinduzi (Party of the Revolution), or CCM, that Zanzibaris of African descent were in effect slaves to the sultan before the Zanzibar Revolution of 1964.

British colonial administrators in Zanzibar saw non-Europeans as vectors of disease and sought to ensure European health and wellbeing through racial segregation, according to William Cunningham Bissell in the book, “Urban Design, Chaos, and Colonial Power in Zanzibar.”

Colonial public health measures like quarantine were motivated by a fear that diseases like leprosy would endanger European life in Stone Town, writes Amina Ameir Issa, director of Zanzibar's department of museums and antiquities, in “From Stinkibar to Zanzibar: Disease, Medicine, and Public Health in Colonial Urban Zanzibar, 1870-1963.”

According to Issa, the British colonial administration began to forcibly isolate and detain people with leprosy in 1897. Leprosy was a heavily stigmatized, disfiguring disease that especially afflicted the poorest Zanzibaris.

People living with leprosy were detained at one main settlement in Walezo, just outside of Zanzibar Town on Unguja Island, and three smaller settlements on Pemba Island, writes Stephen Pierce in his case study on the settlement. Pierce describes frequent attempts to escape among detained patients who lived in deplorable conditions and were unable to seek support from loved ones.

Responding to a known case of bubonic plague on a ship in East African waters, the British Foreign Office in London established a quarantine station in 1899 on Prison Island, just off the coast of present-day Stone Town.

The island was previously used as a prison for people caught smuggling slaves after the abolition of the slave trade in Zanzibar in 1873. 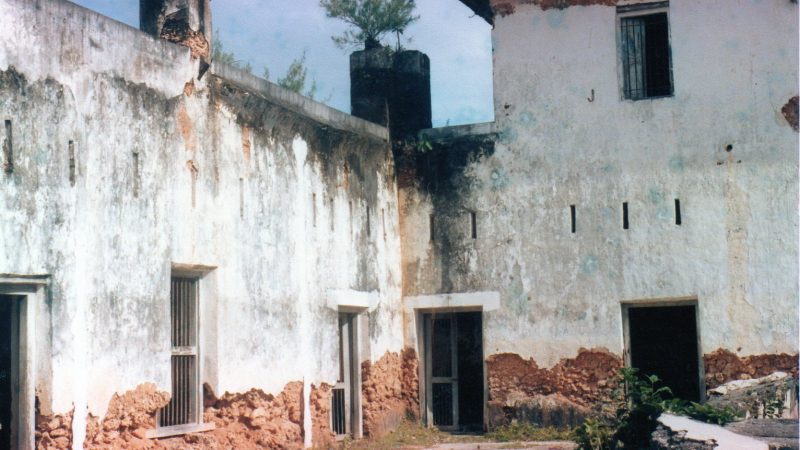 From 1899 until at least the mid-1950s, Prison Island became a quarantine station for all of East Africa, first for bubonic plague and eventually for cholera and yellow fever.

Despite the establishment of a colonial quarantine station just off its shores, Zanzibar experienced a bubonic plague outbreak in 1905.

According to Issa, colonial officials stopped commercial activities and prevented merchandise from entering the port. They also required all passengers and crews on incoming vessels to undergo a mandatory quarantining period of 10 days on Prison Island.

Meanwhile, in Stone Town, the British colonial administration enacted harsh public health measures against Zanzibaris of Indian descent, Issa writes. Colonial officials blamed Indians for the spread of bubonic plague, which first emerged in India, in 1896, before reaching other Indian Ocean ports in early 1897. Medical officials attributed the 1905 bubonic plague outbreak to a cargo of rice from Bombay. That year, “a decree gave powers to the medical authorities to detain suspected plague victims, to segregate, to hospitalize them and to destroy the property of plague victims,” Issa writes.

As Issa argues about the colonial response to leprosy, colonial quarantining and other public health measures reflected a desire among British colonial administrators to ensure European health and wellbeing through racial segregation.

The establishment of a quarantine station at Prison Island and the colonial response to bubonic plague were part and parcel of an era of attempted racial segregation in the name of public health.

Ironically, European residents frequented the island during the colonial era as an escape from bustling city life.

Today, Prison Island is a popular tourist destination. Visitors travel via a short boat ride to the island, where they can visit the “Prison Trattoria” or feed its resident tortoises, purportedly gifted from Seychelles in the late 1910s. 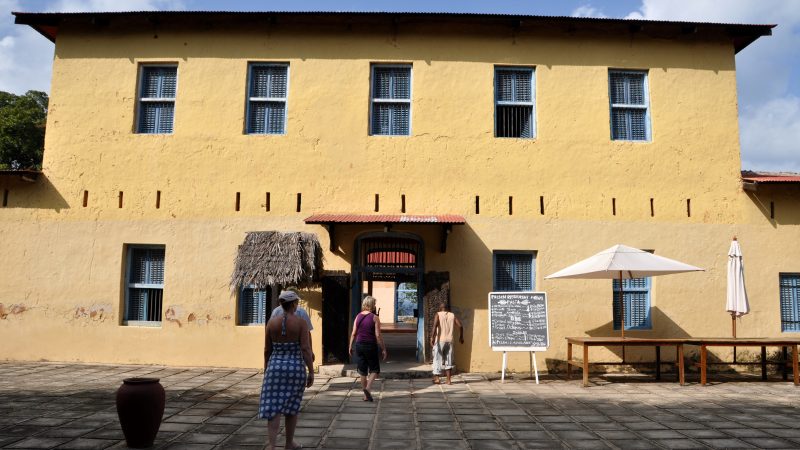 Quarantine in the future?

In light of Zanzibar’s complex history of racial segregation in the name of public health, social distancing and quarantine measures have been controversial.

Government officials like Health Minister Hamad Rashid Mohamed, and Second Vice President Seif Iddi Ali, have scolded Zanzibaris for continuing to gather at the market, weddings, and burials and for visiting their hospitalized loved ones, despite government directives to remain at home.

In response to Jussa’s tweet about Zanzibar’s successful containment of the Spanish Flu in 1918, a Twitter user who goes by Lilie called into question the government’s ability to quarantine poor Zanzibaris whose livelihoods depend on their mobility.

But let me ask you a question, if the government put in place a quarantine, would it really work for people who are truly struggling to get by?

As Zanzibar and mainland Tanzania slowly begin to reopen on June 1, authorities are working to determine social distancing and quarantine measures for the months to come.

Prison Island serves as an enduring reminder of quarantine’s complex past where racial segregation shaped public health policies on the isles.